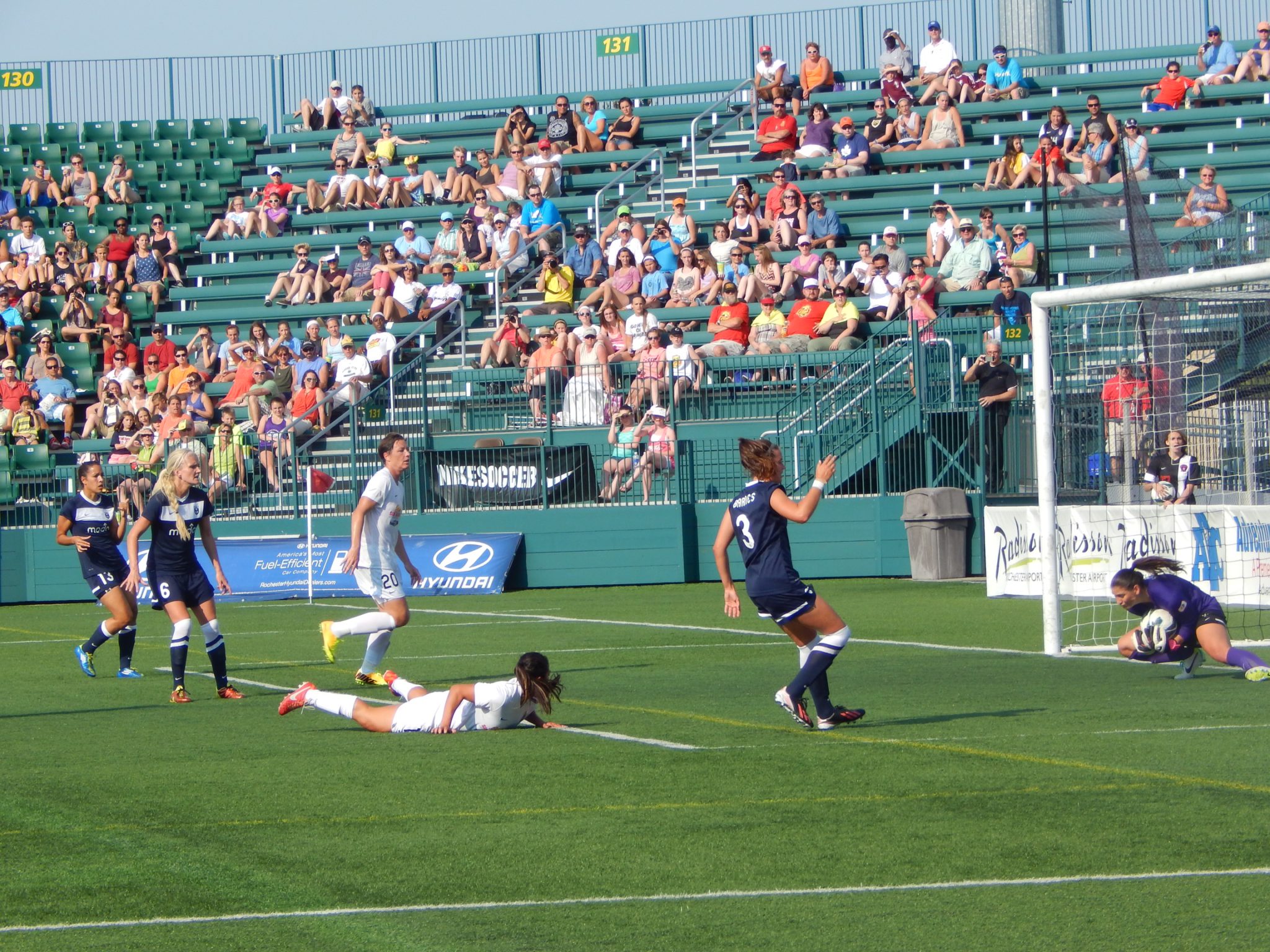 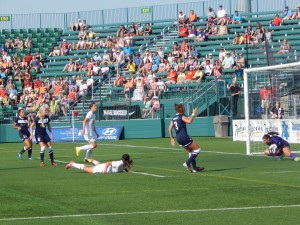 The Flash drew a season-high 6,347 fans at Sahlen's Stadium on Sunday vs. Seattle. (Photo Copyright Danielle Lorenzo for The Equalizer)

Week 11 in the National Women’s Soccer League saw Sky Blue and the Flash both draw their biggest crowds of the season.  This was good news for both clubs as their attendance numbers have been disappointing thus far.

Chicago once again proved to be a non-factor at the gate.  The mid-week match against the Flash was the second lowest draw in the league this season.  The Red Stars attendance numbers continue to dip on a weekly basis.

Next week should see a solid crowd in Kansas City.  Western New York and Sky Blue FC will both have home games again, so it will be interesting to see if they can keep their crowds from this week. The Flash got a bump from Abby Wambach setting a new international scoring record on Thursday (in front of 18,961 at Red Bull Arena) and Sky Blue got its one Alex Morgan crowd bump of the year.

Here are the NWSL’s attendance numbers through Week 11 (44 games):