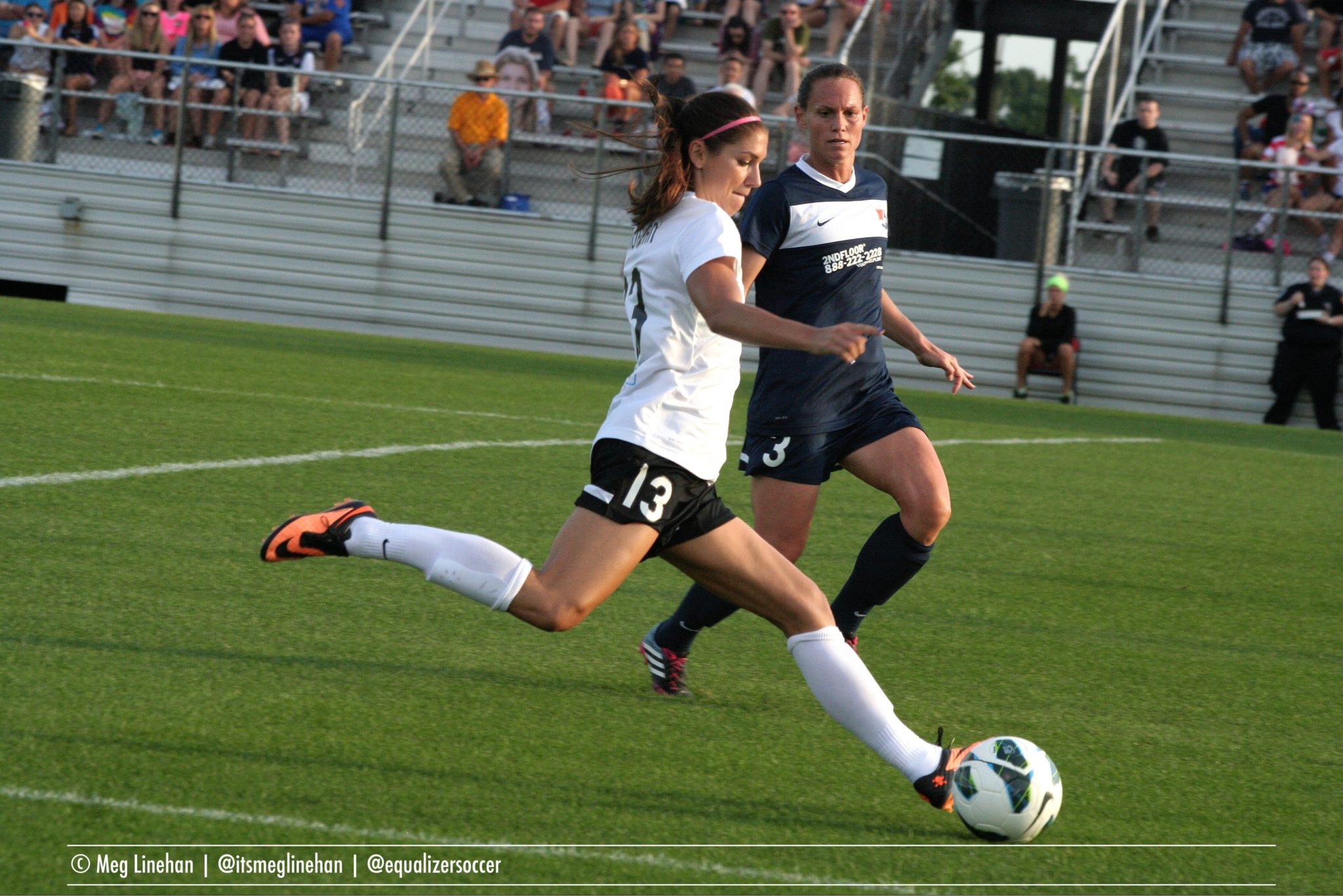 PISCATAWAY, N.J. — Portland Thorns FC and Sky Blue FC came into Saturday night’s match with identical records atop the National Women’s Soccer League table, and that’s how they would leave.

Portland goalkeeper Karina LeBlanc made seven saves — three saves in second half stoppage time — to preserve the 0-0 draw at Yurcak Field in front of 3,002 fans. Both teams remain level on points (26) atop the league with 8-2-3 records.

“They were at home and they were pushing numbers forward,” LeBlanc said. “For me personally, (it’s) always just find the ball.”

LeBlanc made her first 1-v-1 save on De Vanna in the 11th minute when the Australian striker broke Portland’s offside trap. De Vanna went for the chip from 25 yards out, but LeBlanc stayed at home enough to get a finger tip on it and push it straight up for a save.

The Canadian goalkeeper made an equally impressive save in the 60th minute when De Vanna again out-ran Portland’s backs, only to see her shot kick-saved by LeBlanc.

“Lisa stretched them,” Sky Blue FC defender Christie Rampone said. “When you have a girl with that speed on your team — she had a few breakaways — when you stretch a defense like that it opens up a midfield.” 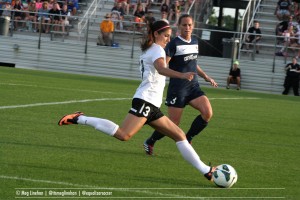 Morgan’s best opportunity came in the 17th minute, when she rounded Sky Blue goalkeeper Brittany Cameron but found herself wide left of goal and hit a left-footed shot into the side netting.

“We definitely need to look at getting forward a lot more,” Morgan said. “A lot of times I felt alone up top. I felt like when I got the ball up top, there weren’t options with me. I felt that we were too defensive minded coming here.”

Sky Blue’s back line, anchored by captain Christie Rampone, shut down Morgan the potent Thorns attack and frustrated the Thorns throughout the evening. Twice Portland has been shut out by Sky Blue FC, first on May 16 in a 1-0 loss, Thorns FC’s first loss of the season.

“We match up well against them,” Rampone said. “I’m very aware of Alex, going against her everyday at training (with the United States). I think our midfield has dominated the game.”

Tiffany Weimer, acquired by Portland on Tuesday, combined well with Christine Sinclair two minutes later, but her outside of the right foot shot skimmed just wide of the far post.

The real action though came in the closing minutes.  The best of the bunch was Lytle’s turn-and-shoot from just inside the 18-yard box that made solid contact with the bar in the 90th minute. Freels had two more shots, one deflected out off a corner kick and another from a De Vanna back pass that LeBlanc was able to smother to erase the danger.

“It could have come a couple minutes sooner,” LeBlanc chuckled when asked about the wait for the full time whistle.

“I think we were lucky to come away with a point tonight,” Cone said. “Sky Blue is an outstanding team and they showed it again tonight.  They got in behind us several times and obviously created a lot more chances than we did.”