The View from the North: Long way to go for Canada 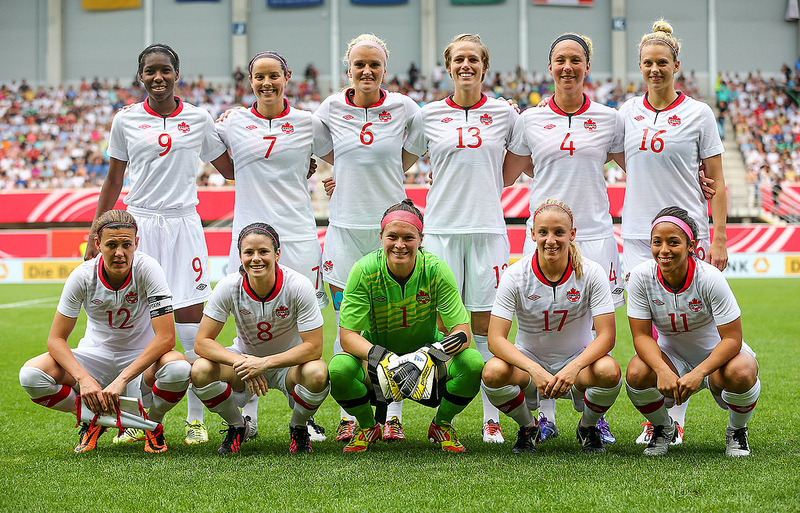 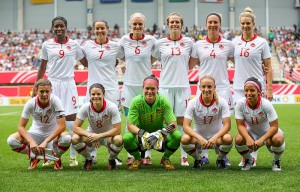 How do you tell the mostly teenage and younger fans of the Canadian national team that their heroes aren’t as good as they’ve been told?

You can’t. Not without coming off as cruel, that is. Since the Canada women caught lightning in a bottle last summer the message has been consistent: Canada is on the verge of a breakthrough that will be led by “the best women’s player in the world, Christine Sinclair.”

Serious publications have made that claim of the team’s greatness without verification or the hint of any evidence, spare one game in Manchester.

A game Canada lost, it should be said.

Canada also lost on Wednesday. A 1-0 defeat to Germany — in Germany — that complemented the visitors. The attempts on goal were 19-4 in favor of Germany. The Germans got to double-digits on corners. Canada didn’t get one of those.

This was coming off the heels of a 3-0 whitewashing at home to the United States. In back-to-back games against the top two teams in the world Canada has lost by a combined 4-0 scoreline and it should have been worse.

So, how do you tell Canadian fans that their heroes aren’t as good as advertised by a mostly sycophant media?

Canada needs to hear the message. As the national team currently stands, the women are far from close to being able to consistently compete against the best teams in the world.

There are things Canada does well. It defends with spirit, and it plays hard for 90 minutes.

Christine Sinclair isn’t the best player in the world — and, thankfully, is smart enough not to take her press clippings to heart — but she is very good. She’s one of the best.

Combined, this means Canada probably won’t embarrass themselves in 2015. And, there is nothing wrong with that.

The women’s game has come a long way over the last decade. Canada hasn’t necessarily kept up. However, the current group of players have always represented this country with a pride and effort that should be applauded.

In two years they will do so again. However, based on the evidence we’ve seen over the past two games it is completely unfair to expect more than that.

The women should be incredibly proud of the bronze medal run — they played out of their head for a week and inspired a nation.

They will inspire a nation again in 2015 if the expectations aren’t out of whack. Right now they are. Hopefully, people are starting to see that so that they can be proud of all that these women have already accomplished — which is a great deal.

Because it would be a shame if unrealistic expectations ruined what might be a wonderful story of a nation embracing a women’s team and celebrating them for what they are — talented Canadian athletes that are proud of who they are and what they’ve done.