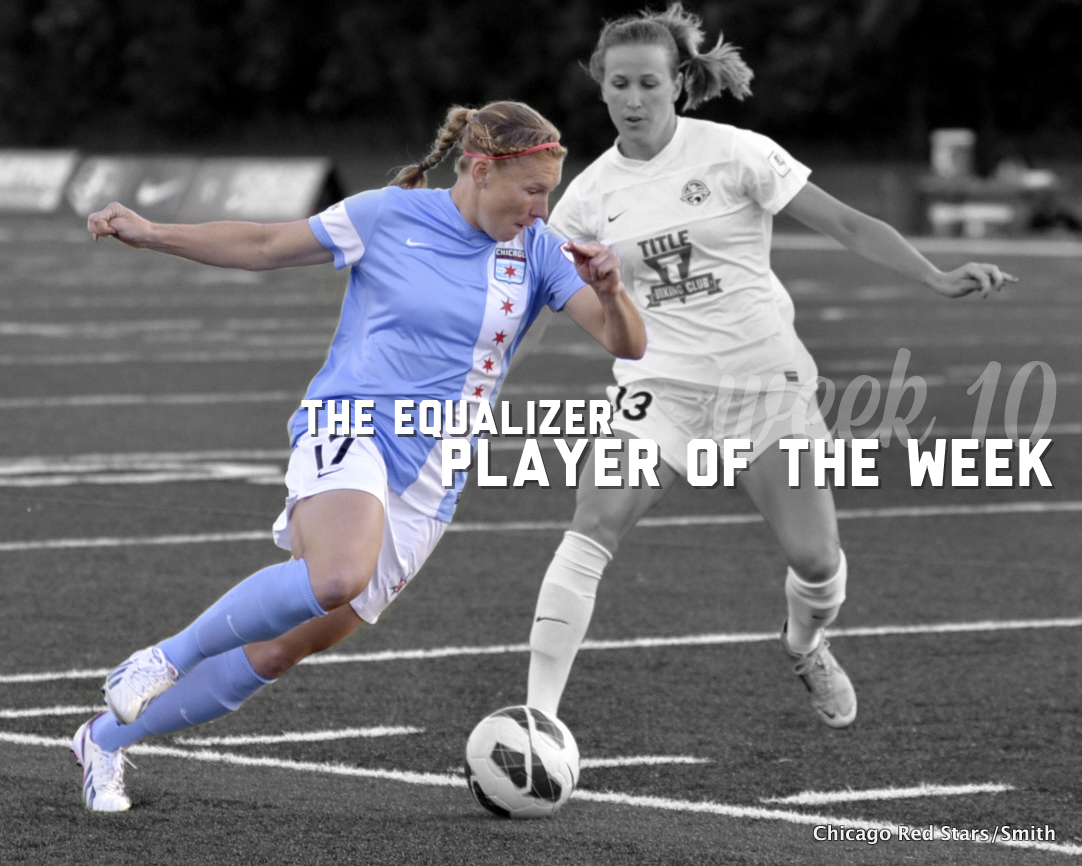 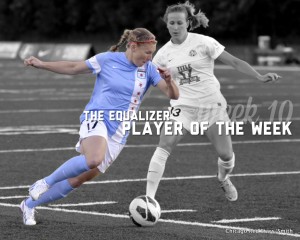 Lori Chalupny is The Equalizer's Player of the Week for Week 10 of NWSL action. (Photo copyright Chicago Red Stars / Smith.)

Chalupny and the Red Stars twice faced a strong but depleted FC Kansas City team in week 10, losing 2-0 at home last Thursday before picking up a key 3-1 victory in Kansas on Sunday. Chalupny assisted Inka Grings’ opening goal on Sunday and drew the foul in the box that led to the late penalty kick goal for Chicago.

Although Chalupny came off the bench on Thursday as part of a planned rotation in a short week, the Red Stars played better in the second half of the first game against their Midwest foes.

Sunday’s win puts Chicago (3-5-2, 11 pts.) just one point behind the Boston Breakers ahead of a Wednesday home game vs. the Western New York Flash.

The Equalizer’s NWSL Player of the Week award is voted on each week by the editors of the site.

NWSL Player of the Week Archive

NWSL Attendance Watch: Week 10
The Lowdown: No rivalry yet between Blues, Red Stars