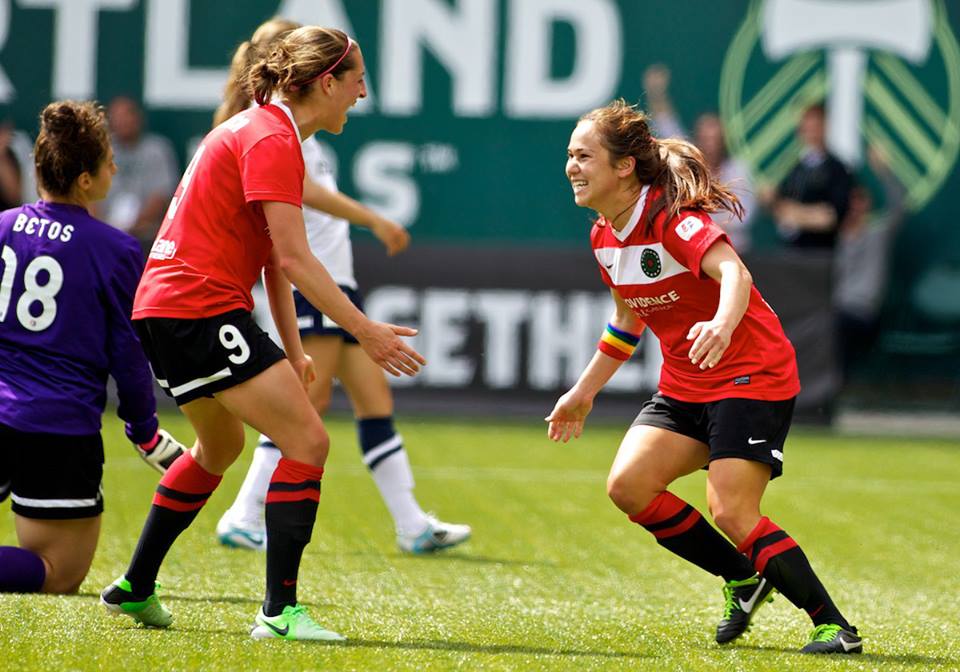 Foxhoven opened the scoring in the 48th minute after entering the game at the start of the second half. The former Portland Pilot finished the shot off a feed from Shim.

“In warm-up before the game, I was feeling the bend towards the far post,” Foxhoven said. “I don’t really know why, it just felt on. So when I got in that position, I knew that was what I wanted to hit and it hit the side netting and was perfect – exactly what I wanted.”

Shim doubled Portland’s lead in the 66th minute with a run up the middle of Seattle’s stretched out defense. Shim calmly tucked the ball past Michelle Betos.

The biggest news of the day, however, came off the field. Thorns FC revealed that midfielder Becky Edwards tore her ACL on Thursday and will miss the rest of the season. Owner Merritt Paulson tweeted the Edwards was set to be called into camp with the U.S. in September prior to the injury.

“This game was for Becky Edwards,” Thorns coach Cindy Parlow Cone said. “She’s the heart and soul of this team, whether she’s on the field or not. It was so great to see everyone rally behind her and just really play for Becky tonight.”

Thorns FC (8-2-1, 25 pts.) now travels to New Jersey to face Sky Blue FC, which has an identical record atop the NWSL table. Seattle (0-9-1, 1 pt.) embarks on a two-game road trip to Western New York on Sunday and Boston next Wednesday.