Flash unbeaten in last six with win over Spirit 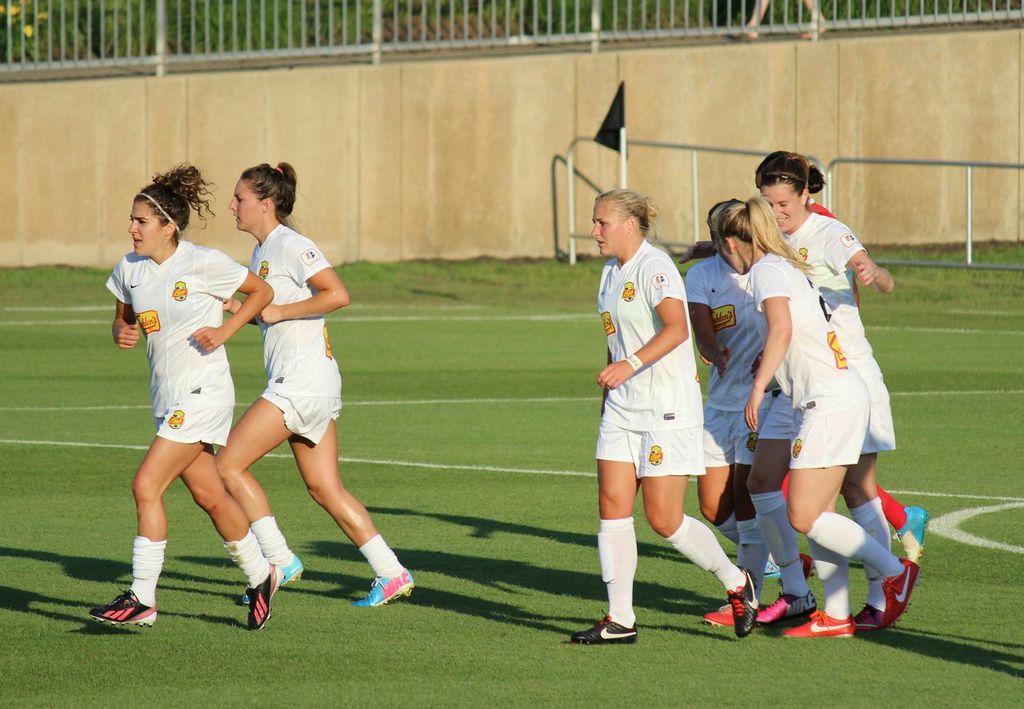 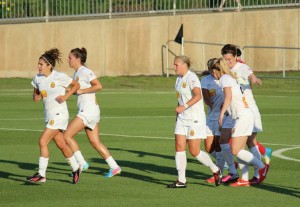 BOYDS, Md. — A crowd of 4,630 came out to see the Washington Spirit’s first home game in over a month and a sloppy first half by the home team led to 2-0 victory for the visiting Western New York Flash.

Western New York notched their first goal in the 10th minute when Adrianna Martin looped a ball over the Spirit backline to Veronica Perez. Perez’s ensuing shot hit Ashlyn Harris’ glove, then the post and finally bounced into the net. Vicki DiMartino extended the Flash lead in the 31st minute. Alex Sahlen played the ball out to DiMartino, who headed it in from a wide angle.

“We just didn’t come out in the first half ready to play,” Spirit head coach Mike Jorden said. “We started okay and then we gave the first goal, a silly goal, and then gave up a second one that never should have happened, so it’s disappointing.”

The Spirit held possession better and had more offensive opportunities in the second half, including eight corner kicks, but failed to find the back the net. The Spirit’s improved play was due largely to a change in formation and a substitution. Washington moved to a 4-4-3 formation and Jasmyne Spencer replaced Candace Chapman.

Chapman looked unconformable throughout the half and her performance was lackluster. A mistake on her part led to Perez’s goal. Chapman stepped up to challenge Martin, who had the ball. Martin then found an open Perez for the score.

After the game Spirit head coach Mike Jorden addressed Chapman’s play, saying the Canadian defender is still adjusting to getting back on the field.

“I think it’s just going to take time for her to get back. We want to play her. She’s a good player. Sometimes the only thing you can do is get them time on the field. That’s what we did today and clearly she’s not 100 percent.”

Luckily for the Spirit, the second half center back pairing of Tori Huster and recent signee Toni Pressley was more successful at stopping the Flash attack. In fact, the Flash failed to record a shot in the second half.

Washington’s best opportunity for a goal may have come off a decision by Flash goalkeeper Adrianna Franch to come well away from the net to prevent a Spirit corner kick in 90th minute. Colleen Williams attempted to throw the ball in before Franch could get back between the pipes but Franch was quicker than the ball kid.

With the win, the Flash extended their unbeaten streak to six and have also notched two-straight shutouts. The Flash will look to continue both streaks when they visit the Chicago Red Stars Wednesday.

The Spirit are also heading to the Midwest. They will face FC Kansas City on Sunday, June 23rd.

— Attendance: The Spirit were able to draw their second largest crowd of the season despite the absence of several U.S. and Canadian stars on both teams. The good attendance numbers weren’t lost on the players. “It’s a really good crowd, nothing like I’m used to playing in front of,“ stated recent Spirit acquisition Toni Pressley after the game. “We have really good fans and everyone’s excited to be here and see us, and we’re really fortunate to have this big of a fan base.”

— The Flash are on a roll: After starting out season 0-2-1, the Flash have recorded points in their last six outings. The unbeaten streak is likely to continue for the remainder of June as Western New York faces the three worst teams in the league each once to finish the month.

— New addition: German forward Conny Pohlers could join the Spirit next week. She is waiting on her visa.