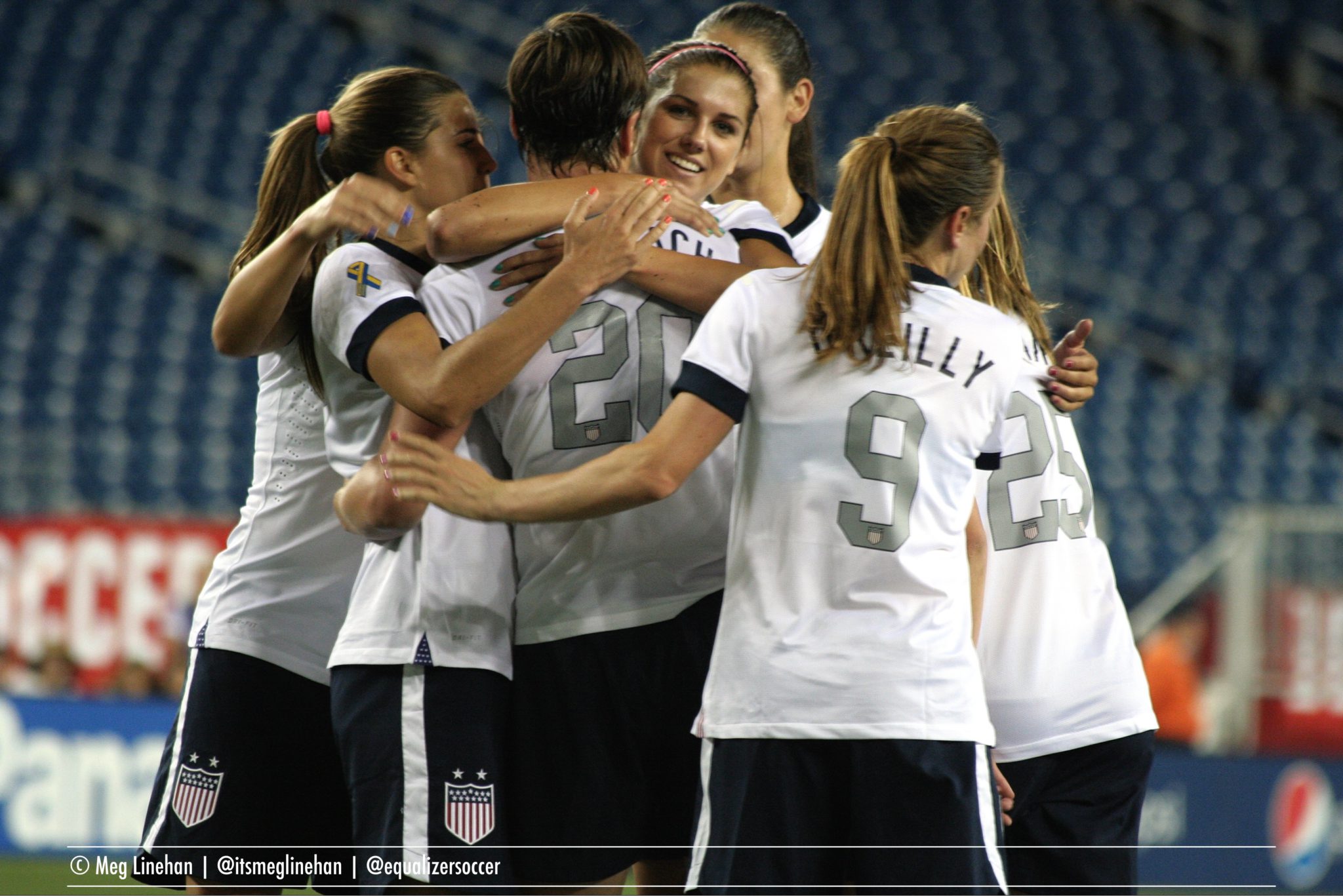 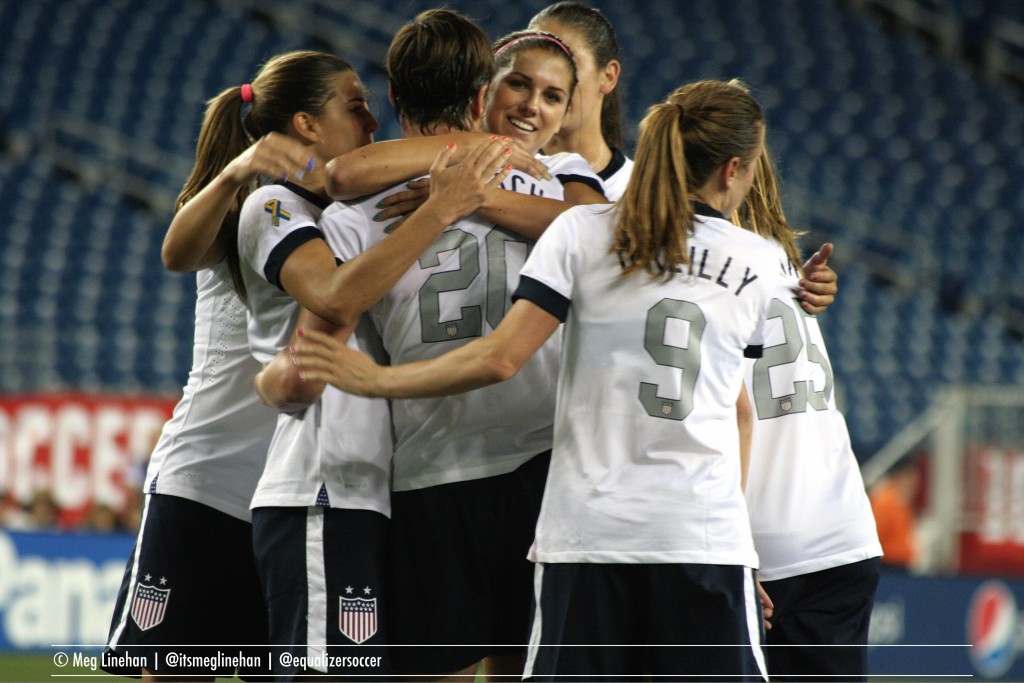 Wambach’s goal in the 93rd minute brings her within two of tying Mia Hamm’s all-time record of 158 international goals. Wambach scored on a penalty kick drawn by Alex Morgan, who was taken down in the box by captain Shim Seoyeon.

“It’s good for her [Abby] to get a goal and she’s getting closer to that mark now,” U.S. coach Tom Sermanni said. “And hopefully — hopefully — we can get that out of the way sooner rather than later and then things will get easier for her.” 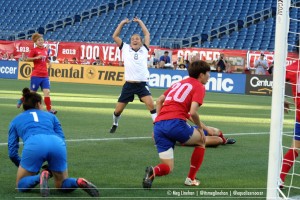 Kristie Mewis scored her first international goal for the United States in front of her hometown crowd near Boston. (Photo Copyright Meg Linehan for The Equalizer)

Boston-area native Kristie Mewis (pictured right) opened the scoring in the 3rd minute of the game with a simple tap in after Sydney Leroux beat her defender on the right side and sent in a low cross that made its way to the back post, where the 22-year-old from Hanson, Mass., calmly slotted it in.

Lauren Cheney extended the home team’s lead in the 7th minute and looked like the rout was on at Gillette, but the South Koreans shook off their nerves and pulled within one goal in the 26th minute. Cho Sohyun fired a shot past Nicole Barnhart off a nice pass from Jeoun Eunha that followed a wonderful combination of passes from Korea Republic.

Hope Solo also made her return to the national team, replacing Barnhart at the start of the second half. The 45 minutes were Solo’s first for the U.S. since Feb. 13 after recovering from left wrist surgery.

“First 45 in five months,” Solo said.” I still have some work to do, playing on turf. I better learn how to play quickly on turf, since the 2015 World Cup. My kicking was a little off, and distribution, and things like that. But it felt good to be out here, being behind the back line, seeing players like Mewis jump into the defense and just play like a star; I was proud of that.”