The View from the North: Canada on to the next one 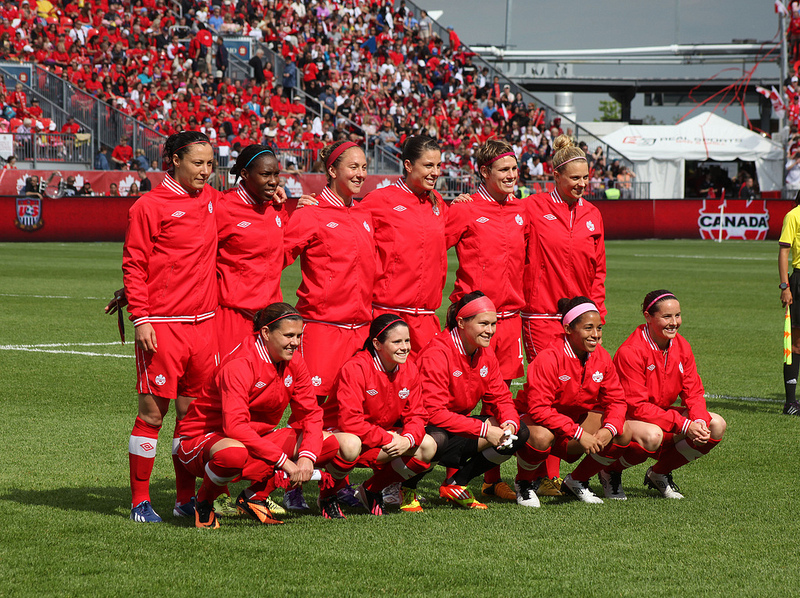 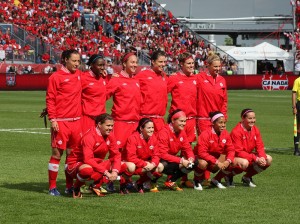 After a week of debating crowd behavior and celebration etiquette, it’s easy to forget that the Canadian women’s national team still has work to do this spring.

Namely another high-profile friendly, this time in Germany against the world No. 2 on June 19.

The roster was named on Tuesday, and once again it was made up of a bunch of usual suspects along with a sprinkling of young players that coach John Herdman is looking at with an eye to finding players that may be ready for 2015.

Rachel Melhado, Melissa Busque and Chelsea Stewart are all in from the NCAA. Kadeisha Buchanan is still in high school and playing in the USL for the Toronto Lady Lynx. She’s also the current poster girl for John Herdman’s great Canadian talent search.

It was mostly lost in the fallout of Leroux vs. Canadian soccer fans last week, but Buchanan’s breakout during the June 2 game was the only feel-good story for Canada on an otherwise disappointing day.

Buchanan is an athlete, plain and simple. Her soccer skills are raw, but the combination was enough to shut down Abby Wambach for the first 60 minutes of the USA game.

For her effort she was named Woman of the Match by Herdman. One game does not make a career, of course, but it is promising to see a player so young emerge from the Canadian system.

Now all Herdman needs to do is find more like her. He’ll get another chance June 19 against Germany.

The CSA also announced the sites for the 2014 FIFA U-20 championship. Three of the sites — Moncton, Edmonton and Montreal — are also hosting games in 2015.

Surprising was the inclusion of Toronto as the fourth site. The CSA explained that Toronto was included in what is supposed to be a trial event because Ottawa would not yet be ready.

Political delays in the construction of the Lansdowne Live stadium project have made a 2014 launch impossible. It is not expected that 2015 will be an issue. The CSA said that they wanted games in Ontario and that the Ottawa organizers would be involved in running the U-20 event in Toronto.

The location of the U-20 final is expected in August.