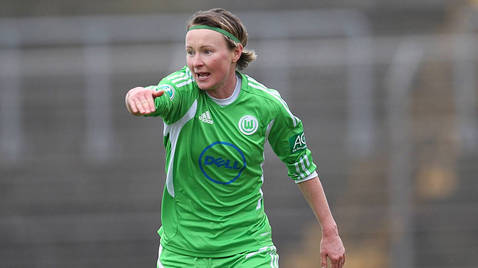 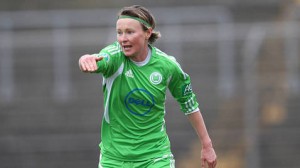 Conny Pohlers joins the Spirit on loan until the end of the NWSL season.

The Washington Spirit received a boost to their struggling offense with the addition of German forward Conny Pohler.

Pohlers joins the Spirit on loan for the rest of the NWSL season, which runs through the end of August. The 34-year-old just helped Frauen Bundesliga club VfL Wolfsburg win the UEFA Champions League title after a thrilling 1-0 upset of French power Lyon in the final. She is the all-time leading scorer in the Champions League (formerly UEFA Women’s Cup) with 42 goals and she won titles previously with FFC Frankfurt in 2008 and Turbine Potsdam in 2005.

“She’s a world class player who has scored goals at every level,” Spirit coach Mike Jorden said. “We’re extremely excited to get Conny onto the field. She also will be a great mentor for the young group of attackers we have here today.”

Pohlers played for the WUSA’s Atlanta Beat in 2003. She led the Frauen Bundesliga in scoring 2002 and 2006 with Potsdam and in 2011 with Frankfurt. Pohlers was also part of the 2003 German team that won the World Cup.

U.S. Under-23 defender Toni Pressley also recently joined the team, meaning that Washington will need to part ways with a current player to make room for Pressley and Pohlers.

The Lowdown: Harvey says Reign ‘close to being a good team’
VIDEO: Hope Solo is back in US camp