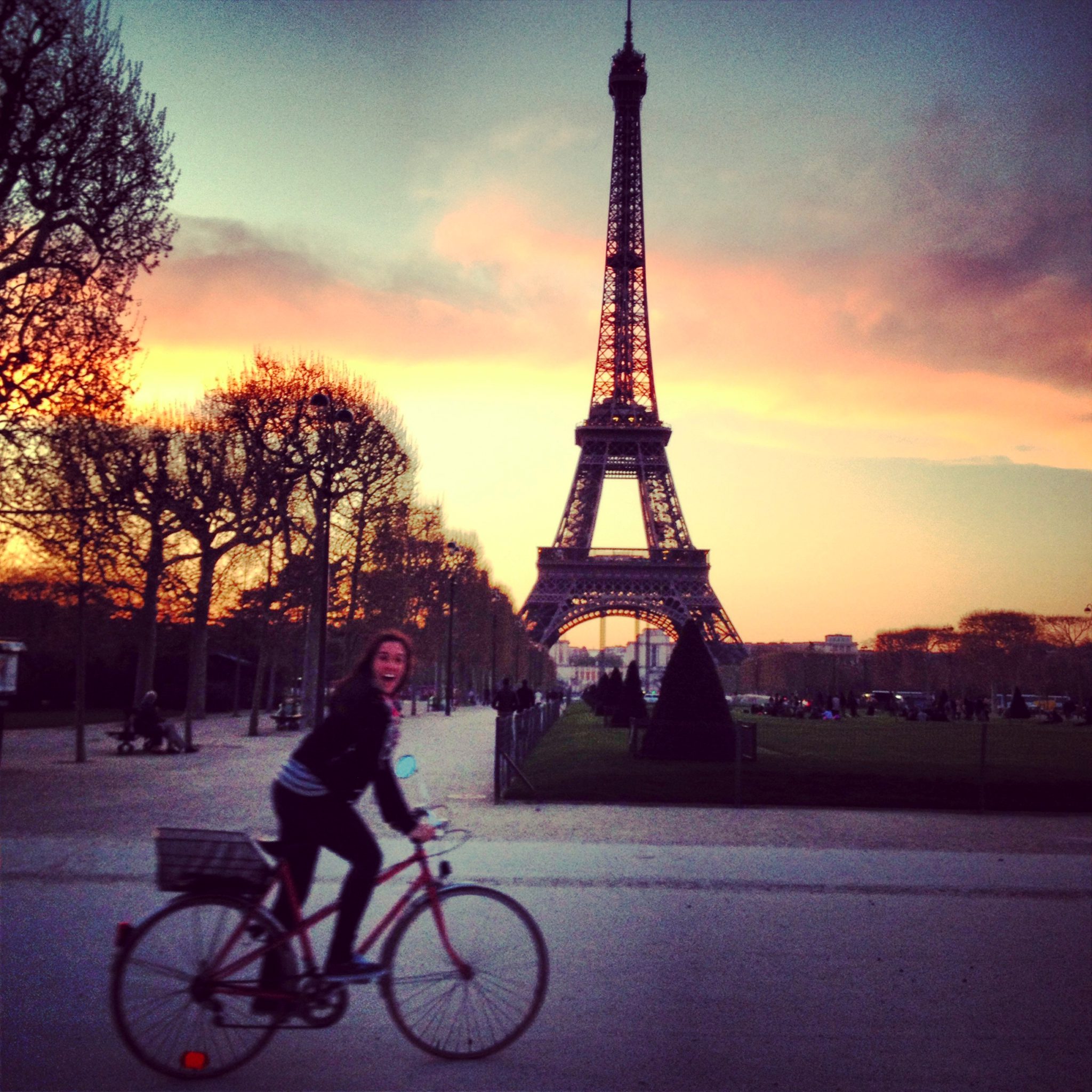 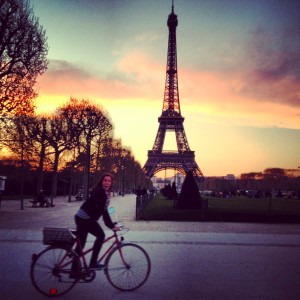 Amanda DaCosta took in Paris on a recent weekend off.

I’ve been living in another country for almost six months now, and if you would have asked me where I would have been at this moment a year ago, I’m not sure if “England” would have been my response. I think I have fully adjusted to my life here, and even picked up some new vocabulary along the way. Once in a while I sound like a “proper” Brit, but let’s be honest, there isn’t enough of it to cover up my New York roots.

I had some friends from Florida State University visit me for four days, and my best friend couldn’t stop making fun of me for some of the things I was saying, and when I asked her if she wanted a cup of tea and crumpets she nearly doubled over in laughter. I guess that is what it means to adjust to any new experience in your life: be open-minded, open-hearted, and let yourself be lost in the littlest of things (even if the little things are just crumpets).

From the moment I started playing competitive football, I have been able to travel to almost every state in the USA, and numerous countries as well: not for a vacation, but to play. When I would go to different countries with the youth national teams, I think I took for granted that I was getting the chance to travel and be immersed in a different culture. At the time, I didn’t care to learn enough about where I was; I was just happy to be there and didn’t stray too far. As I’ve gotten older, I’ve become the complete opposite of what I used to be. While I always miss leaving home, I love traveling through football and getting to learn and share things with my friends and family when we are reunited. We are approaching a gap in our season because of the 2013 European Championships and I get to go home for a couple of weeks. I’ve tried my best to experience Liverpool to it’s fullest, along with taking a couple of impromptu trips to London and Paris as well, and this nomadic lifestyle of mine is feeling right for once.

Generally, you travel through planes, trains and automobiles. I happen to travel through football. The game seems to follow me everywhere I go, as a constant reminder to me of how and why I get to experience different sections of the world. After being in Liverpool for several months, I started to get antsy knowing that there was so much around me that I had yet to discover. With a free weekend approaching, I quickly logged onto the always trusty Kayak.com, and booked a last-minute flight to Paris to visit an old and friend and teammate, Ines Jaurena. I flew out on one of the earliest flights on Saturday morning, and stayed in Paris until I had training on Monday night. Even though I couldn’t understand anything anybody was saying around me, I immediately fell in love.

Paris was the most beautiful place I had ever seen, and you could tell that the people walked around exuding a certain sense of pride for their city that reminded me of home. When Ines asked me what I wanted to see, I told her “everything.” I only had a couple of days, but I was keen to make the most out of every single second I had. She laughed at me and was up for the challenge. We rented out bikes to get from A to B efficiently and we buzzed around chasing each other through the streets as we rode by amazing pieces of architecture. We strolled through the Louvre on our bikes and I tried desperately to multi-task and take pictures while I was riding my bike through herds of people. We decided to park our bikes and take off on foot for a while, which I agreed was the better and safer option. We walked and biked every single inch of the city, made possible by the extremely long days they have over here. I couldn’t have asked for a better day or a better tour guide. I’m surprised I didn’t have neck pains by the end of the trip whipping my head around constantly in awe of all the beautiful things around me. Ines showed me all of her favorite spots and things to eat, and it was completely different getting a tour from her than it would have been from anyone else. Getting the chance to not only see a historical city for all its glory, but to see where a friend grew up, made me feel so much closer to Paris than I otherwise would have.

When I said that football follows me around, I really did mean that. It just so happened that not one, but two of my FSU teammates were in Paris at this time. Ines was playing close to home in Paris, and Janice Cayman (a Belgium native) was playing for Juvisy a couple of hours away. On the Sunday of my visit, Juvisy was playing Lyon in the Champions League semi-final and I couldn’t pass up the opportunity to watch my old teammate play in a stadium filled with 10,000 people against some of the best players in the world. I booked a train ticket and was on my way to Juvisy to meet Janice’s parent’s who took me to lunch and then to the stadium where we claimed our seats and proudly watched on. Needless to say, Lyon beat Juvisy 6-1, but it was a tremendous step forward for the small French club to make it so far into the Champions League.

My trip to Paris was sadly coming to an end, and I was experiencing a weekend without a single care in the world. My only concern was that I still hadn’t seen the Eiffel Tower light up at night, which was something that was on my bucket list. Ines had already thought this through, being the wonderful tour guide that she is, and the fact that her apartment was just down the road from one of the most amazing structures in the world was an added bonus. We hopped on our bikes again and took off towards the tower, a gorgeous sunset setting the backdrop. We hung around for a while and rode underneath the mass of metal and saw the Le Seine River on the other side.

We were just about to take off and head back home because it was getting late, even though it still hadn’t lit up. Just as we turned our backs to leave, we heard the lights power up. When I turned around, the tower was gradually lighting up from the bottom to the top and then started to get brighter. I think inside I was screaming like a little girl, but outside I was so paralyzed with how amazing it was that I couldn’t even let out a sound. Ines could—laughter. She was highly amused by the shock on my face and couldn’t stop laughing at me! At that moment, everything around the tower came to life: an older group of men started playing some sort of game that I didn’t understand, the Le Seine River was dancing with light, there was a marketplace of tents all along the side of the river (that I’m sure was there before but for some reason was more apparent to me now), and the amount of people seemed to multiply. I stood still. Ines asked me what my favorite part of my trip was and I replied with, “this.” I asked her which was her favorite part of my visit and she said, “your face when the tower lit up!”

There is something to be said about the little moments in our life. Sometimes we get so caught up with bigger picture that we forget to take a moment and be still. If you know me at all, you know it is hard for me to sit still—my idea of a vacation is hiking through mountains or paddle boarding in the ocean, not exactly sitting down and resting. The moment I had in Paris reminded me that while my life may be (and may always be) buzzing about, being able to still my mind in the middle of all of the chaos is important in order to truly let all of the littlest moments impact my life the way they were meant to.