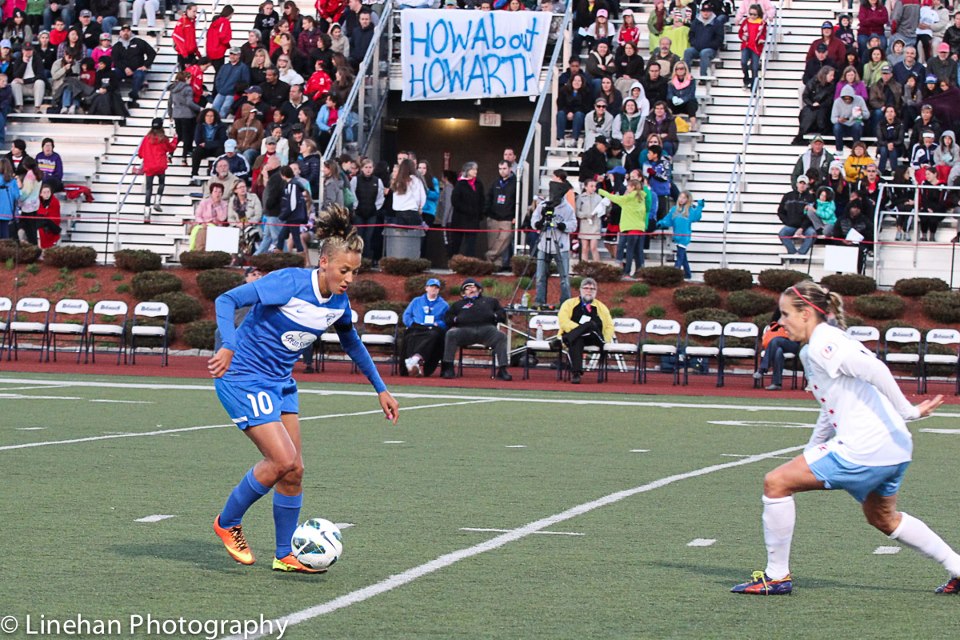 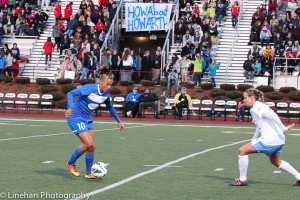 Week 9 in NWSL continues with three weekend matches.  First place Sky Blue FC will put their five-game win streak on the line against the only team to beat them and winless Seattle Reign FC will look tocontinue FC Kansas City’ recent woes.  Also, in case you’re wondering, the Washington Spirit are still in the league — they’re just getting a second full week off in a row.

Here is a look at the weekend action in NWSL Week 9:

Quick Look:  After playing their last three matches off layoffs of at least 10 days the Flash face a quick turnaround following Wednesday’s draw in Boston while Sky Blue is on a full week of rest.  The hosts are riding a five-game win streak that began following their only loss of the season, 2-1 in Western New York.  Sky Blue list Kelley O’Hara as probable two weeks after spraining her ankle in Kansas City.  Brittany Bock though has been ruled out.

Tactical Short:  Flash outside midfielder Samantha Kerr has swapped sides to play on the left for both meetings with Sky Blue.  That has pitted her against fellow Australian-teenager Caitlin Foord in one of the juicier one-v-one matchups the NWSL has to offer.  Last time Kerr dominated Foord and set up both Flash goals.  Foord has played much better since and needs to at least play Kerr to a stalemate to keep the Flash in check.

Quick Look:  In their first meeting at Dilboy, Sydney Leroux delivered what is to this point the league’s only hat trick.  But the Breakers enter this one with defense on their minds having conceded seven goals over their last two matches from which they have earned only one point.  It will also be their third game in eight days while the Red Stars are rested and reveling in their first victory of the season.  The Red Stars were buoyed in Portland by the arrival of Sonja Fuss and Inka Grings, but more injury problems have arisen.  Zakiya Bywaters, who had her best game of the season against the Thorns, is doubtful due to an MCL sprain.  Leslie Osborne, suffering from the same injury, is listed as questionable.

Tactical Short:  Leroux is on the verge of becoming a world class goal scorer and she can out-pace most NWSL defenders.  So what to do? The Red Stars may want to consider defending hard in the attacking third and closing down Lianne Sanderson in an effort to force the in-form midfielder into turnovers.  If Sanderson is able to make free passes to Leroux or out wide to Heather O’Reilly, the Red Stars could have trouble stopping the Breakers offense.

Quick Look:  The Blues are sitting on their first losing streak of the season and will more than likely have to go without Renae Cuellar who suffered ankle and knee sprains when Rachel Buehler tackled her from behind on Thursday night.  The Reign, of course, are still looking for their first win of the season having dropped seven in a row since starting with a 1-1 draw in Chicago.  They’ll be trying to replicate their most recent strong effort, a 1-0 loss to the Thorns on a penalty the league later admitted should not have been called.  Jenny Ruiz is available again after sitting that one out through a red card suspension.

Tactical Short:  FC Kansas City may have found something in losing Cuellar.  They found out that players like Lauren Cheney, Erika Tymrak, and Kristie Mewis can get far enough forward to be dangerous.  With a clearly superior midfield FC Kansas City can become a more dynamic attacking team by throwing different players forward and mixing up where they build up in order to keep defenses off balance.  The Reign will look to follow Hope Solo’s lead and remain organized all the way into their attacking third.

One Hell of a Job: John Herdman and the hopes of a nation
Flash of brilliance: WNY routs leaders Sky Blue FC