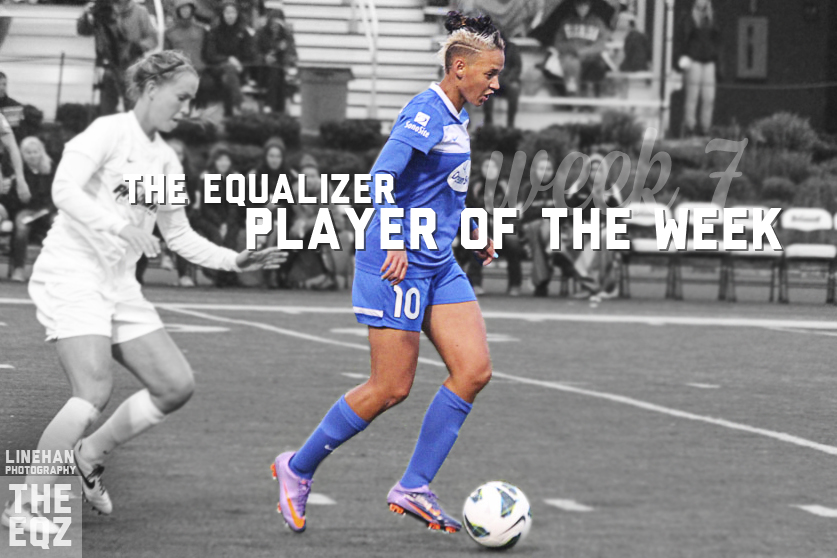 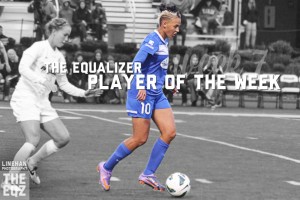 Hat tricks come and go, but a hat trick of assists? Well, that’s impressive, too.

Boston Breakers midfielder Lianne Sanderson is The Equalizer’s Week 7 Player of the Week, as voted on by the editors of the site. Sanderson assisted on each Breakers goal in a 3-0 win over the Washington Spirit on Saturday.

The performance capped off a stellar month of play for Sanderson, who leads the league with six assists.

[MORE: Player of the Week archive]

“I actually get a lot of joy out of assisting other people,” Sanderson said after Saturday’s win. “Not a lot of people would say that. I haven’t scored this year, but obviously I want to score some goals. At the same time, as long as the team wins and I can keep assisting like I am, I’m happy to do that all the time.”

Check out Sanderson’s full postgame comments here, including what she thinks can improve in her game: