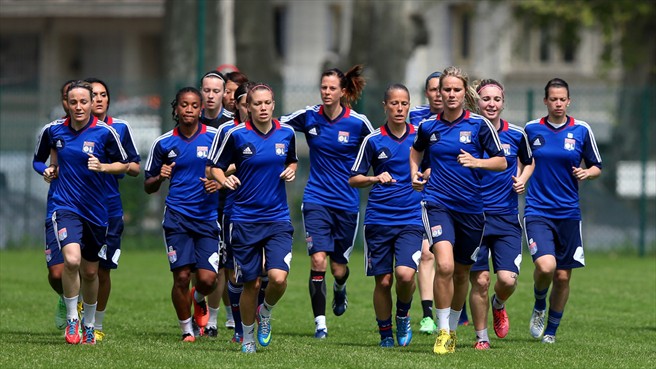 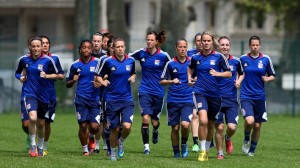 Women’s soccer takes center stage at Stamford Bridge on Thursday, when history is on the line for one of the best women’s club teams ever.

No team has ever won three consecutive UEFA Women’s Champions League titles. Only one team, Frankfurt, has ever won three total European titles (previously the UEFA Women’s Cup), but those were spread over seven seasons. So Thursday’s Champions League final between (for the seventh straight season) French champion Lyon and first-time German champion Wolfsburg present the world’s best club team with the chance to enter into unprecedented territory.

“We are on an incredible run that will be difficult to emulate in the future,” Lyon coach Patrice Lair told UEFA.com. “We take it one game at a time, but the most important thing is a good performance tomorrow. It would be extraordinary for me, the players and the club. At Lyon it has always been the case that I am expected to win, but I am prepared for a time when things don’t go so well.”

This is Lyon’s fourth straight final, all of which have been against Frauen Bundesliga competition. After losing a shootout 7-6 in 2010 to 1. FFC Turbine Potsdam, Lyon beat the same team the next season and won its second European title over 1. FFC Frankfurt last season.

Of importance to fans in the United States is midfielder Megan Rapinoe’s inclusion in the Lyon side. Rapinoe joined the French powerhouse in January and has flourished in her time with Lyon. The relationship has been so successful that Rapinoe is considering returning for the 2013-14 season, according to SI’s Grant Wahl.

“I’ve been thinking about it a lot, and I’m definitely thinking about coming back and playing another season here,” she told SI. “There’s interest from both sides, from me and Lyon. It’s worked out well mutually.”

As for Wolfsburg, captain Nadine Kessler is confident in her side’s ability to get a result on Thursday.

“Lyon also have their weaknesses,” Kessler told UEFA.com. “We will try to find them, and above all, act like a team; I think that will be key. We don’t have star players like Lyon, but I think that if we play very compact and set ourselves up in a compact way, then we still have a chance and we certainly want to take advantage of that.”

Should Wolfsburg prevail, it would be the seventh European crown for a German team and, more notably, a massive upset of a Lyon team that carries the expectations of being the G.O.A.T., as we Americans like to say (greatest of all-time).

How they got here:

The View from the North: Herdman aware of pressures of ‘The Rematch’
Wolfsburg upset Lyon to win Champions League