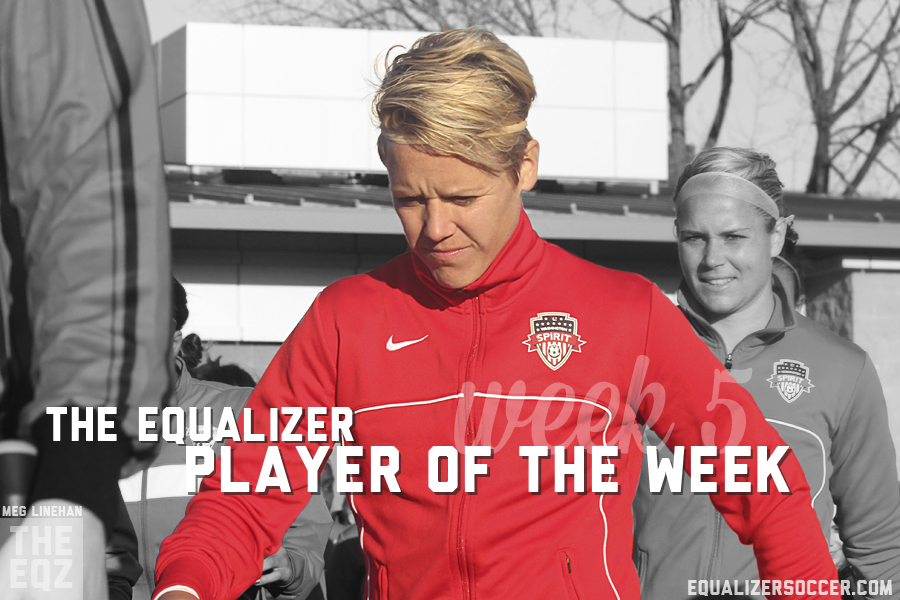 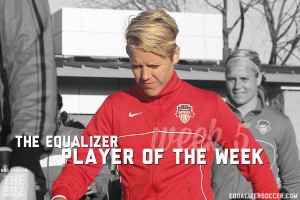 Lori Lindsey is The Equalizer's Player of the Week for Week 5. (Photo copyright Meg Linehan for www.womens.soccerly.com)

Washington Spirit midfielder Lori Lindsey is The Equalizer’s National Women’s Soccer League Player of the Week for Week 5, as voted on by the editors of the site.

Lindsey, 33, scored what is the early candidate for NWSL goal of the year when she struck the ball into the far top corner in the 51st minute of Saturday’s 1-1 draw with the Boston Breakers. Lindsey was active throughout the match in the midfield and helped Washington push the tempo of the match in the second half.

The Spirit (0-2-3, 3 pts.) are winless on the season but have played teams close. Saturday was their second 1-1 draw of the season with Boston.

Next up for Washington, led by their captain, Lindsey, is a two-game road trip to the Pacific Northwest. The Spirit play at Seattle on Thursday and at Portland on Sunday.

Five weeks in, gap widening in table, at gate
The Lowdown: A deeper look at the NWSL standings