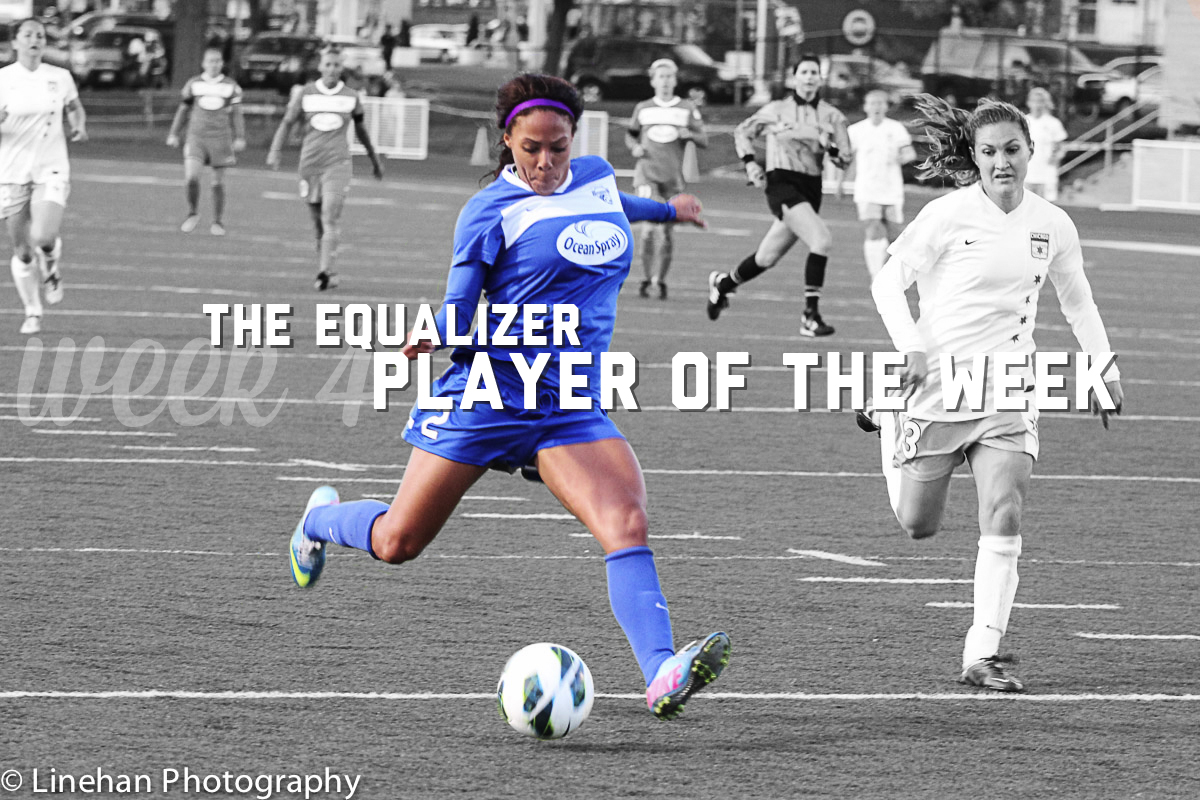 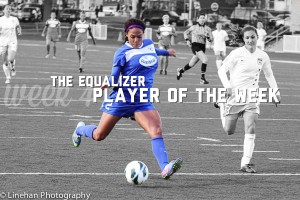 Sydney Leroux is The Equalizer’s Week 4 National Women’s Soccer League Player of the Week, as voted on by the site’s team of editors.

“The two goals in the second half tonight, the quality of the finishes were first class,” Sermanni said. “She’s certainly not a player that defenders want to play against.”

After the game, Leroux gave credit to her team in interviews and on Twitter as the Breakers continued to demonstrate a midfield firing on all cylinders.  Notably, Lianne Sanderson controlling the center of the field allowed Leroux to attack Chicago from all angles.

Breakers head coach Lisa Cole was particularly complimentary of Leroux’s approach:  “I liked how Syd was changing up her game, running in behind, and coming inside to get a goal.  It was a good performance.”

The Equalizer caught up with Leroux after Boston’s Tuesday morning practice at Dilboy Stadium.  Watch her describe her hat trick, discuss Breakers’ team goals, and look ahead to this weekend’s rematch against the Washington Spirit.