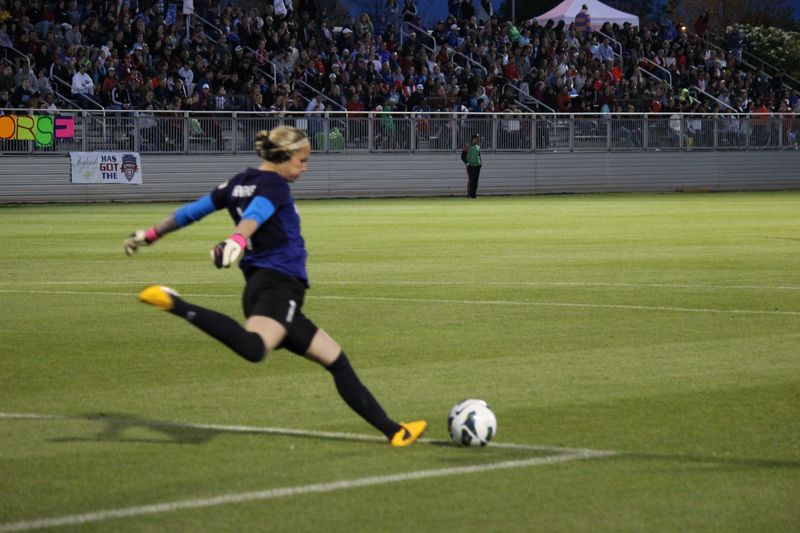 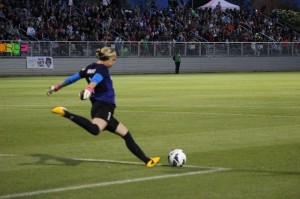 There were four total matches this week in the NWSL, with three coming on the weekend.  Seattle Reign FC was the last team to have their home opener, while both FC Kansas City and the Chicago Red Stars played their first road matches of the year.

The highlight of the week came with the announced sellouts of both the Boston and Washington matches.  This meant the Thorns once again showed their drawing power.  They have now played in the three most attended matches of the early season.  There was not much of a crowd for the Flash and return of Abby Wambach.  Part of this could be due to it being a mid-week match – a trend to look at in the upcoming weeks.

The attendance numbers dropped a little this week as the league is now averaging under 4,500 fans per game.

Next week will see five total matches, with both the Red Stars and Sky Blue FC playing twice.  These two squads rank at the bottom of the league in average attendance, so it will be interesting to see what their gates look like.  The Breakers-Spirit matchup should be the attendance leader in Week 5.

Here are the NWSL’s attendance numbers through Week 4 (14 games):