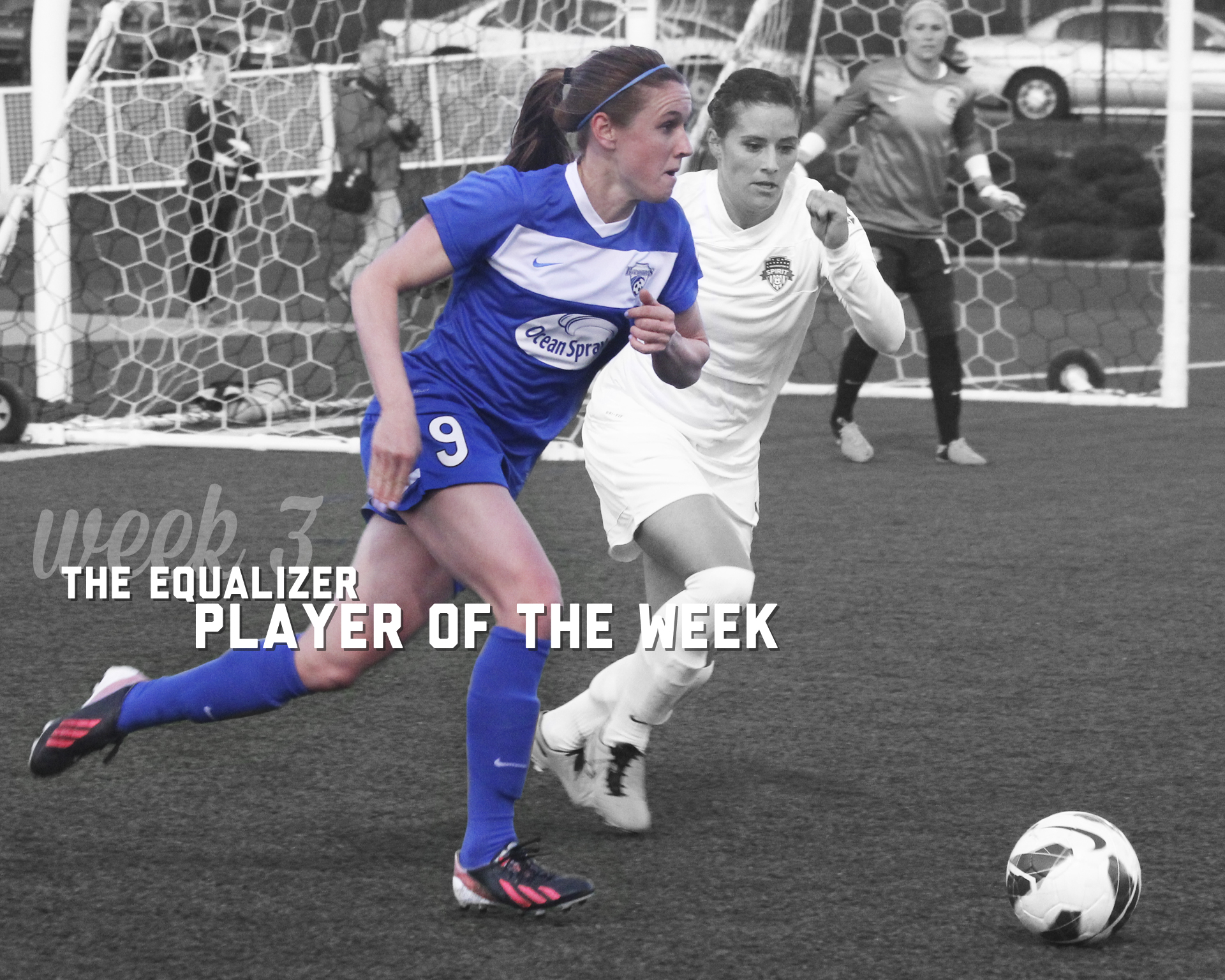 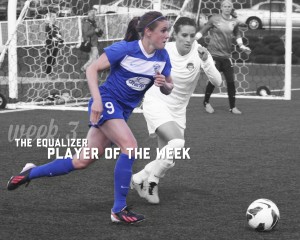 Boston Breakers midfielder Heather O'Reilly is The Equalizer's Week 3 Player of the Week. She scored twice in a 2-1 win over the Flash. (Photo copyright Meg Linehan for The Equalizer.)

Heather O’Reilly is The Equalizer’s Week 3 National Women’s Soccer League Player of the Week, as voted on by the editors of the site.

O’Reilly scored both goals in the Boston Breakers’ 2-1 win over the Western New York Flash in Rochester, N.Y., on Saturday to keep the Breakers unbeaten (1-0-1, 4 pts.). Her goals, including an 83rd minute game-winner, were the icing on the cake for a dominant performance in the midfield in which ‘HAO’ tore up the left side of the Flash’s defense.

“HAO was doing a great job all night. She was getting in behind, getting off crosses and then for her to be able to get in and get the goals was fantastic,” Breakers coach Lisa Cole said after Saturday’s win. “She has the ability and has had times where maybe she’s had to be the assist person and today for her to be able to come in and score both of them was great.”

O’Reilly scored a tap-in goal in the 16th minute when Sydney Leroux found her U.S. teammate at the far post. As the match — one dominated by Boston but still level at 1-1 — came to a close, O’Reilly made a diagonal run across the top of the box and Lianne Sanderson played a perfectly weighted through ball to the the winger, whose left-footed shot went through the legs of Flash goalkeeper Adrianna Franch.

“I sort of just turned the corner, got a good ball from Lianne, tried to get it on frame and luckily it just went through her legs,” O’Reilly said. “So it’s nice to see hard work pay off for our team.”

The goal was a culmination of a dominant team performance in the midfield for Boston, including Sanderson.

This week’s vote was the closest yet for The Equalizer’s Player of the Week award. Lauren Cheney’s two-assist performance in FC Kansas City’s 2-0 win over Seattle Reign FC made her a close second-place finisher.

Shannon Boxx to have knee surgery, out 4-6 weeks
The Lowdown: Who’s up, who’s down