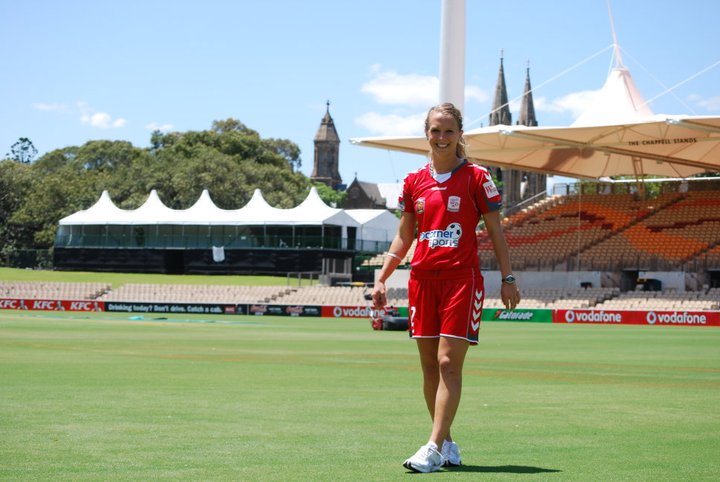 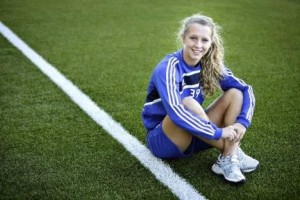 Ashleigh Gunning has reached one of her goals by celebrating her 28th birthday as a professional player.

“Do something today that your future self will thank you for — set a goal. Dream a dream.”

When I was 15 years old and dreaming of becoming a professional soccer player I read somewhere that a female soccer player reaches her peak at the age of 28. I remember deciding that day that I wanted to play till I was 28. Not really for any reason other than because it seemed like a good idea. There was no hidden agenda to prove anything to anyone. I guess I’ve always been someone who believes in completing a task and since I would be the most complete soccer player that I’d ever be at the age of 28, I might as well do it just to see what it’s like.

I sit here today on my 28th birthday and I am still playing professional soccer. I am so humbly thankful that I’ve gotten to reach a long term goal that I set 13 years ago. As athletes, we are always encouraged to set short-term and long-term goals. I set a goal of playing in college, but that was more something I was just going to do — barely even a choice — more a reality that I knew would have to happen in order for me to earn a college degree. This January I finished my Masters degree and that too was something that I just thought I was supposed to do, not really a dream or goal that I set.

But dreaming that I would play professionally till I was 28 — that’s kind of crazy. It is because that dream was a bit crazy and far-fetched that it has impacted me enough to make me stop to take time to reflect upon it and genuinely appreciate it.

Last weekend I played the final match under the age of 28. We spent 7 hours on a bus Friday driving towards the southern parts of Sweden. The entire bus ride I thought of one thing: I didn’t want to be there. My best friend of my whole life, my big brother, was getting married that same weekend in New Orleans and I wanted to be standing next to his bride-to-be as a bridesmaid. But, I made a commitment and signed a contract to be here, doing my job. Saturday morning I got up with the alarm feeling sick, not rested at all, and still pouting about missing the wedding. We went for a walk as a team, had breakfast, then shortly after headed to the stadium for our game.

During warm-ups my legs felt heavy and my mind felt cloudy. Just a few minutes into the match I realized that it wasn’t going to be my best. I thought about all the lessons I’ve learned up to this point. I remembered something I wrote before about controlling the controllable. I couldn’t control that I was missing my brother’s wedding, I couldn’t control that I hadn’t slept well; I couldn’t control that I was getting sick, or even that I barely had time to take a touch before receiving pressure from their defense in the match. But, I could control my work ethic and my attitude. So, I worked. I ran every chance, I pressured every player, I tried to mess-up every opportunity I could for the other team. I felt like at any minute I was going to subbed off and asked what the heck was wrong with me?!?

We won 1-0 and I walked off the field feeling happy for the team but a bit deflated knowing I personally hadn’t played my best or most creative. However, as is often true, I had a different perception than those around me. Four teammates separately told me that they had never seen me work so hard or have such an impact on a match. Our club president told me the next day that it was the best game he’d ever seen me play. I was shocked! As I reflect on it, I think it’s pretty neat that it was my last match before reaching my crazy, ridiculously long-term goal of playing till 28. I don’t know if I’ve ever before been mature enough of a player to leave so many outside influences off the pitch and be able to play what I’m told is my best game yet.

I’m not saying that in a cheesy Lifetime special kind of way — “go chase your dreams and you can’t fail.” Oh no, I’m not saying that at all! Because in order to achieve your goals, you will fail! I’ve failed so much that it seems that I’ve failed more than I’ve succeeded. As one of my favorite authors, C.S. Lewis, puts it, “Hardships often prepare ordinary people for an extraordinary destiny.” I’m not saying I’m anything close to extraordinary; I am saying that the 15-year-old dreamer I use to be would think what I’m getting to do on my 28th birthday IS pretty extraordinary.

I have no idea how many more years I’ll be playing soccer. For all I know this could very well be my last — not because I’ve played till I am 28 and reached some magical number I decided upon when I was 15. Part of reaching a dream is remembering all the lessons you learned along the way and then continuing on your path to be able to apply them. So, as long as it’s God’s plan for me to continue playing I will. But, having been blessed enough to reach such a crazy, over-the-top, ridiculous dream will also give me peace of mind when the time is right to walk away.

I don’t know if I was ever encouraged to set ridiculously long-term goals that seem crazy and out of reach. So, I am encouraging each of you reading this to do just that. Dream BIG. Think about what goals you’d set if you knew you couldn’t fail. Come up with a dream scenario and remember it.

A quick look at NWSL salaries
The View from the North: Pro WoSo in Canada?