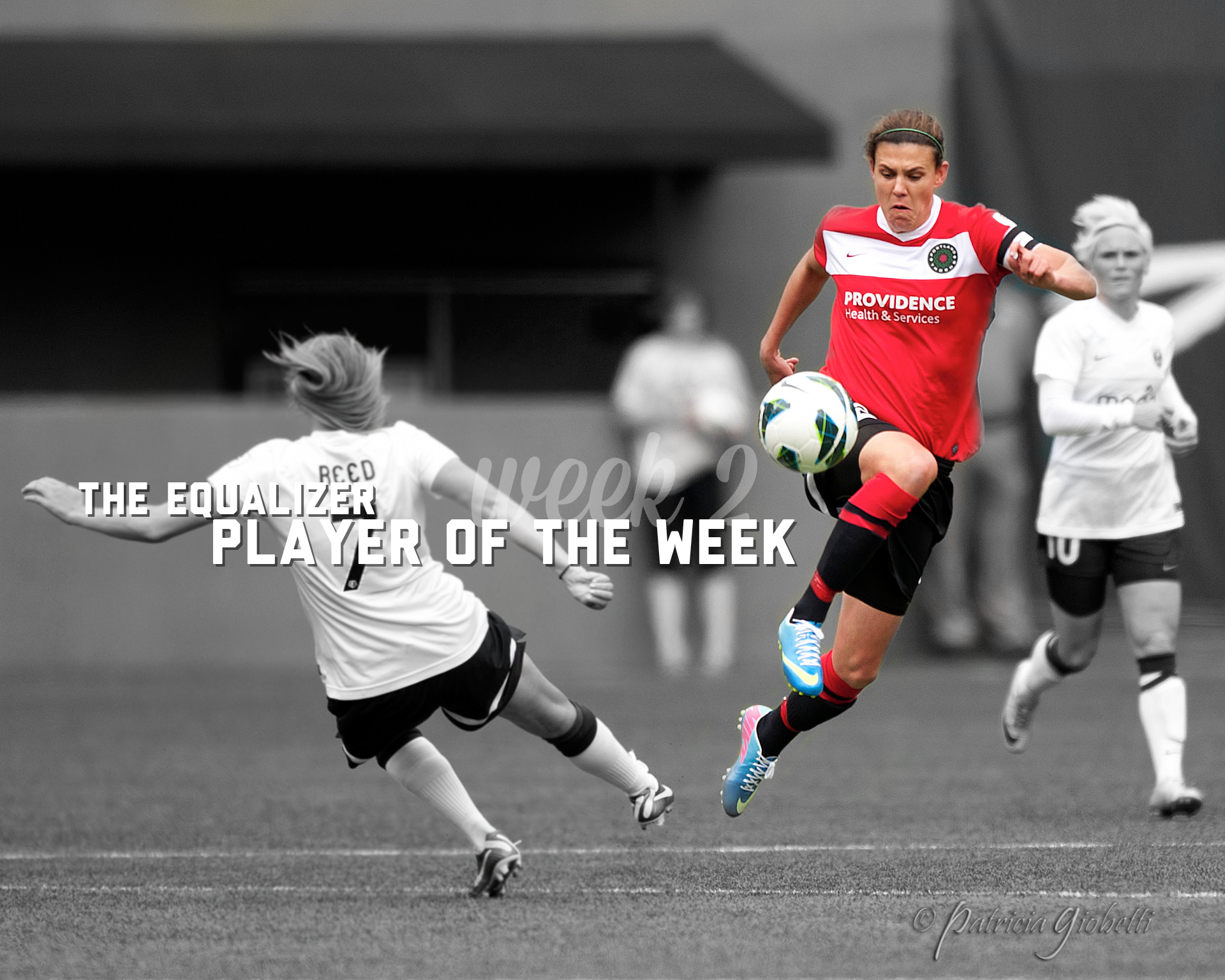 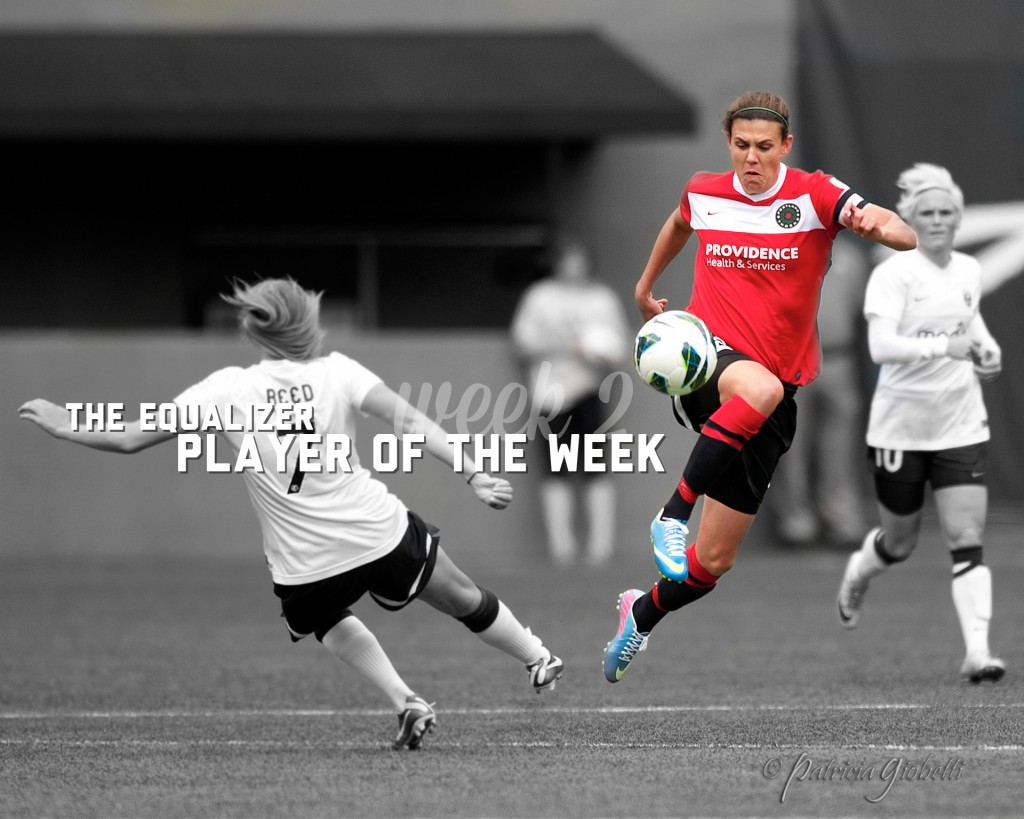 Portland Thorns FC forward Christine Sinclair is The Equalizer’s National Women’s Soccer League Week 2 Player of the Week as voted on by the editors of the site.

Sinclair assisted Alex Morgan’s game-winning goal in the 52nd minute of a 2-1 win over Seattle Reign FC when Sinclair played a sublime ball after a poor giveaway from Seattle. The pair of international stars nearly connected in the opening minutes when Sinclair played a well-weighted ball over the top to Morgan, but Seattle goalkeeper Michelle Betos came off her line to eventually clear the danger.

Typically an out-and-out forward, Sinclair dropped into more of an attacking midfield role behind Morgan for Sunday’s match against Seattle. The switch was one Sinclair decided to make in order to get on the ball more, she said.

“It was an adjustment on my part; more feeding the forwards instead of being the one receiving the ball.,” she said of the deeper role.

With the assist, Sinclair now leads the league in points (3) after scoring a penalty kick in a 1-1 draw with FC Kansas City on opening day.