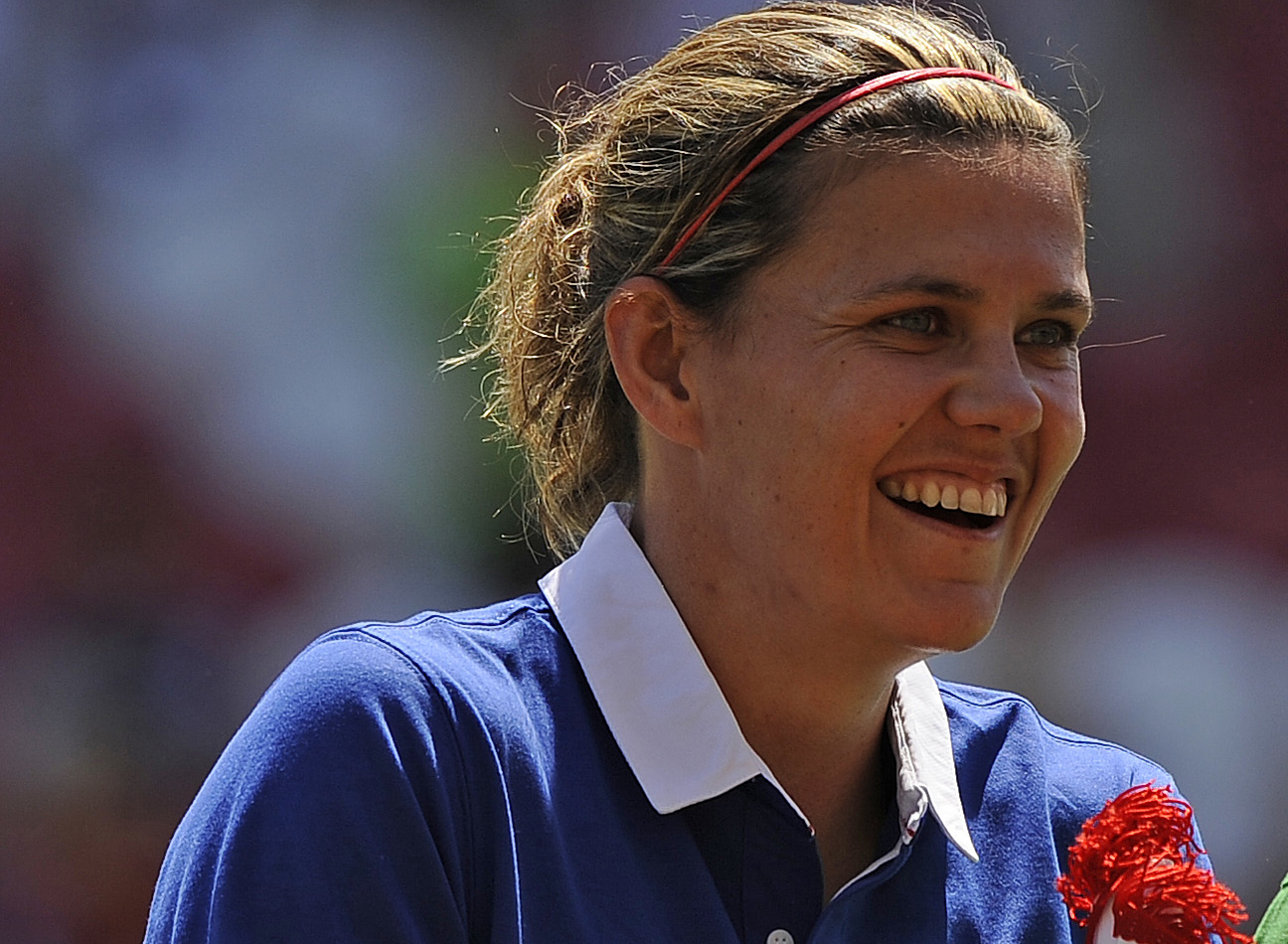 PORTLAND, Ore. — Cindy Parlow Cone may have said “We all know soccer games aren’t won on paper” 20 times this preseason. Of course, that isn’t an exact number. It may have been much more. With each training session there’d be a new form of the same question that would force her to bring out that chestnut:

They’re the type of questions you have to answer over and over again when the star power of your women’s team transcends the sport’s niche market. When your players start drawing the evening news, repetition becomes part of the job.

It’s one of those nice problems to have – better to answer the question 20 times than never hear it at all – though come Saturday in Kansas City, the dilemma takes on a whole new dimension: What if the Thorns can’t meet expectations?

Based on the fortune Thorns FC saw in allocation, there’ll be plenty of people that wouldn’t mind seeing them stumble. Unfortunately for them, there’s little indication that will happen. Bolstering a star-laden attack with a strong cast of role players, Portland are rightly huge favorites heading into the season.

But then again, “soccer games aren’t won on paper.”

Star watch: Thorns FC have Canada’s (and possibly, the world’s) best player as well as the United States’ biggest star, and although a superficial scan of the roster hints at some positional conflict, there’s little doubt Christine Sinclair’s playmaking is a perfect fit for Alex Morgan’s predatory tendencies. Dropping back to serve as a focal point in front of the defense, Sinclair will bolster Morgan’s threat along the line – a danger that makes her the obvious pick to be the league’s leading scorer. And with Morgan pinning defenders and creating room for “Sinc,” Canada’s captain should also put up some gaudy numbers.

Defender Rachel Buehler and goalkeeper Karina LeBlanc have also drawn attention, but the third star in Portland is somebody who won’t arrive until June. Ask Cindy Parlow Cone, and she’ll say fitting in Paris Saint-Germain’s Tobin Heath isn’t something she’s worrying about now, but like everybody else who has looked at the Thorns’ roster, Portland’s boss is undoubtedly imagining the day she can pen the U.S. international’s name into midfield, adding the final piece of Portland’s enviable three-headed monster.

Potential breakout player: The team’s stars overshadow a number of solid players – talents like Angie Kerr, Allie Long, and Nikki Washington — but because defensive midfielder Becky Edwards isn’t part of the Tar Heel enclave that’s become Thorns FC’s alternate storyline, the former Seminole has been relegated to the shadows’ shadows. A versatile player who won WPS titles with FC Gold Pride and Western New York, Edwards is positioning herself to be one of the team’s most valuable players – a ball-winner who can serve as a fulcrum at the base of midfield. Though she’s unlikely to be called into her national team any time soon, Edwards will provide international quality at the base of midfield.

Coach factor: Parlow Cone is the big unknown. Hired away from an assistant’s post at North Carolina, the U.S. legend is taking on her first head coach’s role. In charge of a team being combed for weaknesses, Parlow Cone has stood out as one of the bigger question marks.

The preseason’s early answers are all positive. Parlow Cone seemed to have a clear idea what she wanted to do from day one, instilling an identity built around movement, intensity, and proactive play. Those are buzz words almost every coach rolls out at one point or another, but implementing a system that’s going to liberate its midfielders and fullbacks to move and change the team’s shape, Parlow Cone is walking the walk.

The question is whether that system may come back to bite her. With a short preseason to forge chemistry among players who’ve never (or rarely) played together, you can see an ambitious scheme leave the defense vulnerable. Will the triangle that supports the defense – Edwards, Buehler, and central defender Emilee O’Neil – hold up when exposed?

If, however, Parlow Cone can have a stable defense in place on Saturday in Kansas City, we’ll have our first hint she’s the real deal.

Off the field: The only NWSL franchise linked with a Major League Soccer team, the Thorns are operating in a different league – one that’s has 20,000-seat stadiums, locker rooms and training facilities that are top-class by MLS standards, and enough fan support to make any questions of viability irrelevant. Players have accommodations they’ve rarely experienced at other points in their career, with expectations and commitments commensurate with the large size of the club. The common refrain you hear from players is that it’s professional. Really professional.

But with professionalism comes expectations, hopes that are reflected in what’s going on outside the club. Streaming broadcasts will feature full pre- and post-game shows that air on local radio. The last reported season ticket totals were approaching 7,000, while locals are expecting over 15,000 for the April 21 opener against Seattle.

Portland’s not only expected to win this year’s title. Thanks in large part to the Paulson family’s commitment, Thorns FC are expected to be the league’s model franchise. While that model isn’t a realistic one for the league’s other teams, it may help fuel aspirations for the U.S.’s third crack at a women’s professional league.

Spirit strong in the back, unproven up front
A quick look at NWSL salaries