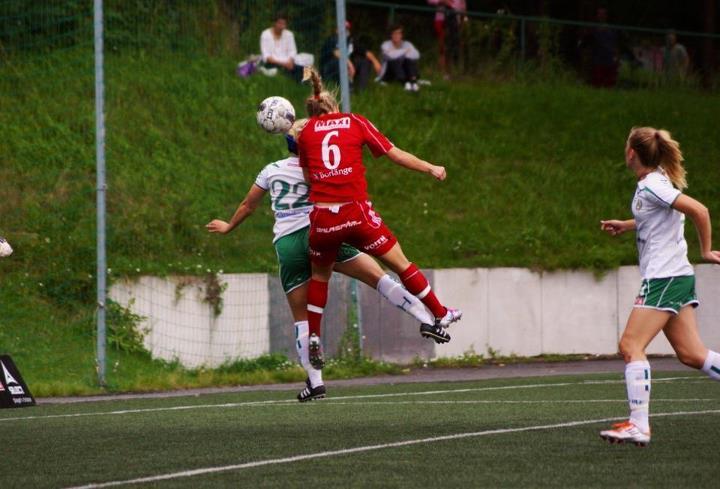 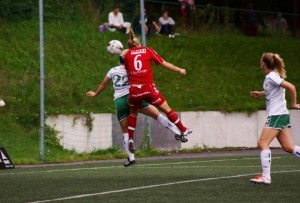 Ashleigh Gunning (No. 6) is ready for the start of another new season in Sweden. (Photo Credit: Rafu2007 of Flickr)

“Your work is going to fill a large part of your life, and the only way to be truly satisfied is to do what you believe is great work. And the only way to do great work is to love what you do. If you haven’t found it yet, keep looking. Don’t settle. As with all matters of the heart, you’ll know when you find it.” -Steve Jobs

In baseball it’s call opening weekend and in women’s football in Sweden it’s called the series premier. No matter what you call it- it’s your team’s first impression to the rest of the league. Although you’re only playing one other team it’s the chance to get off on the right foot and begin momentum for your next game and the next training session, and each game and session to follow for the rest of the season.

You’ve been training for months as an individual and as a team for this moment. It’s exciting. It’s a moment that will only come once this season. If you’ll allow me to get really dramatic about it, I think it’s important to point out that you’ll never have this opportunity to be here again! You’ll never start another season with this same group of teammates. You’ll never start another season as the player you are right now. You may be better next season or you might be on the way down the hill but it’ll be different. The coolest part of all of that is that you have every opportunity to make the most of who you are right now, of the opportunity in front of you with the teammates next to you.

This is not the time to think that you should have done more training in the off season– you can’t go back. This is not the time to think about how the season will end– if it’ll include playoffs, a championship, or disappointment — you can’t go ahead. This is the time to be fully aware of the present. You are starting a new journey doing what you love. Be satisfied that you’ve made it to the start of another season; for some it might be your only chance to play at this level, for others it might be your last opportunity to play.

We all know from life experiences that first impressions aren’t always right. Sometimes you meet someone and you’re sure you will be best friends, only to find out that you actually can’t stand them. Or you’ve met someone who irks you beyond belief but after a few more exchanges you two become inseparable. It’s a trial and error process. This too is like the first game of the season. A loss or bad game might be the wake-up call needed to catapult your team into a successful season. Or a good opening game opens the door to being overly confident and satisfied later in the season. It’s not always about the result but rather about the growth achieved during the 90-minute span between whistles.

Don’t be nervous or afraid for what is to come. The greatest part of playing a team sport is that your teammates will not abandon you. You are not taking this first step in a new journey alone. There will be ten other players stepping on the pitch with you on opening day and each of them should be just as confident in the team’s preparation and excited for what is to come. Happy series premier weekend! Enjoy!

Ashleigh Gunning plays in Sweden for Kvarnsveden, which begins its new season Saturday vs. Djurgården.