Virginia breaks down Spirit in 6-3 win 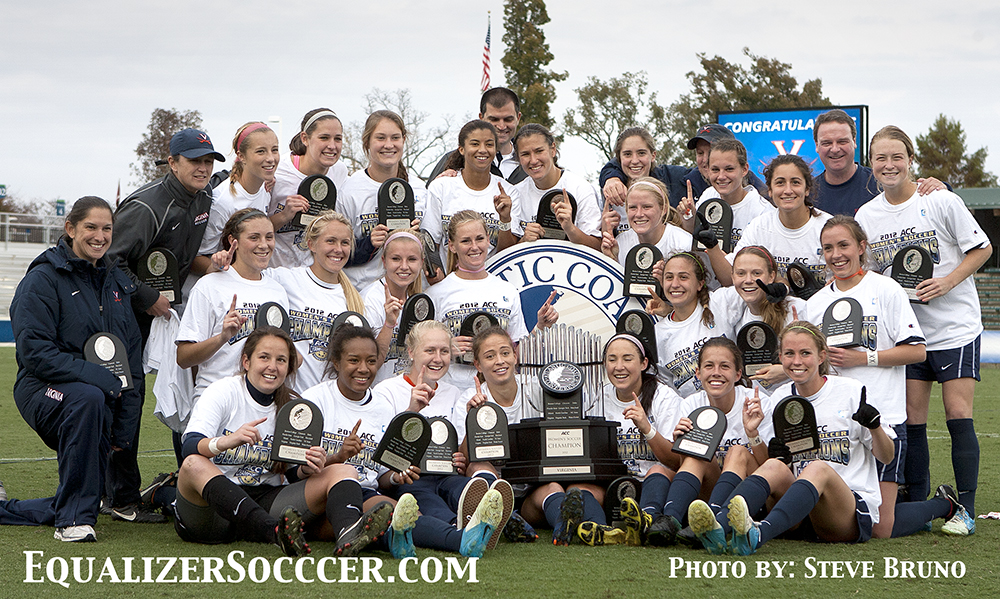 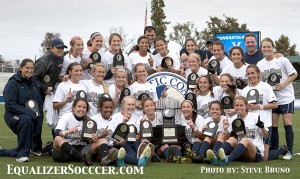 Gloria Douglas opened the scoring for the Cavaliers in the 5th minute. She chipped the ball over Spirit goalkeeper Chantel Jones.  Danielle Colaprico was credited with the assist.

In the 24th minute, Douglas broke away from the Spirit defenders and Jones was forced to make two point-blank saves for the Spirit. The second rebound fell to Torres, who put it away for Virginia.

McCarty got one back for the Spirit in the 32nd minute. Stephanie Ochs sent a cross in to McCarty who had an open look in front of the goal. McCarty calmly put it away for the score.

The 2-1 scoreline was the closest it would be for the remainder of the game.  Virginia piled on three more goals before the end of the first half. First, Fry scored for the Cavaliers in the 33rd minute. Makenzy Doniak, who assisted Fry’s goal, then recorded two goals, one in the 36th minute and another in the 40th minute.

Doniak gave the Spirit backline trouble all night as her speed proved difficult for them to contain. In fact, her 36th minute strike came after she beat Spirit defender Skyy Anderson to create a breakaway opportunity.

In the 42nd minute, McCarty added another to the Spirit cause. Caroline Miller received the ball near the top of the box, shook off two defenders and sent the ball in towards McCarty on the right. McCarty made a good run to get to the ball and then put it away for the score.

“(In the first half) we were pretty good in the final third when we got in there, we just couldn’t get in there,” Spirit head coach Mike Jorden said. “We tried to play a little more direct in the second half. I thought that in the first 5 minutes, it could have been 5-4.”

The formation change continued to give the Spirit offensive opportunities. In the 54th minute, Lori Lindsey had a chance to bring the Spirit within two. Lindsey had a wide open look in front of goal but her shot went just wide right.

Spencer scored the final goal of the match in the 73rd minute. Her former Maryland teammate Olivia Wagner sent her a through ball and Spencer then sprinted forward and sent the ball beyond the reach of Virginia’s keeper Churchill O’Connell.

The 6-3 scoreline was disappointing for Jorden.

“Doesn’t matter how many people we’re missing really,” he said. “Fourteen, fifteen players, playing against a college team you’ve got to do better than that.”

Jorden now faces the difficult task of preparing his squad for their first regular season game after finishing the preseason with two-straight losses. Luckily for Jorden, midfielder Holly King and defender Candace Chapman are expected to be available for the season opener in addition to the Spirit’s allocated players.

Washington’s limited roster made it difficult for them to make changes to their abysmal backline. To start the game, the Spirit’s bench consisted of three forwards and a midfielder. Tori Huster had to be moved from the midfield to defense in an effort to thwart Virginia’s attack. Chapman’s expected availability and the return of their allocated players, should give Washington more defensive options.

The silver lining in Saturday’s loss for the Spirit may be that the offense doubled its total preseason production. McCarty, who did not play in Wednesday’s match against Maryland, finished preseason with three goals. Miller, Wagner and Spencer each recorded a goal as well this preseason.

Spirit head coach Mike Jorden has experimented with several different formations during preseason to find the one best suited to his personnel.  Saturday night showed what a difference the right formation can make. Washington opens the season at the Boston Breakers next Sunday, April 14, at 6:30 p.m. ET at Dilboy Stadium..