The View from the North: Canada gets one late (again) vs. France 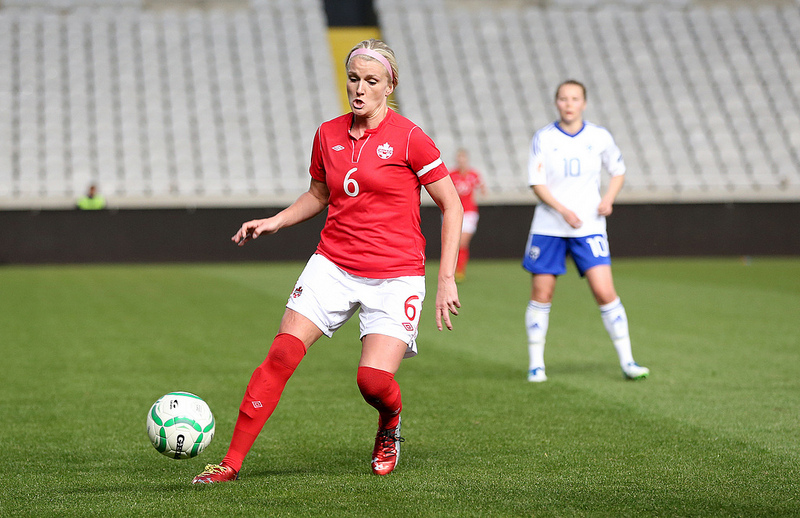 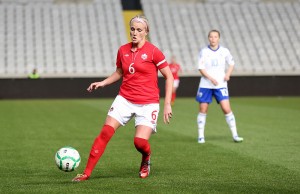 Soccer is a funny game. Sometimes teams dominate for long stretches of a game, create all the chances but fail to get a desired result. In the case of Canada vs. France such a thing has happened twice in the last calendar year.

Famously, the French watched helplessly as Diana Matheson ripped a bronze medal from their necks during last year’s Olympics. Even the most partisan Canadian fan cannot argue that the Canucks deserved the win last August, based on the balance of play.

Coming in a friendly, today’s 1-1 draw in France did not have nearly as much drama or meaning as the Olympic game did. However, that did not make Kaylyn Kyle’s last touch goal any less cruel for French fans.

Les Bleues were the superior side in all aspects of the game, save, perhaps, finishing. The inability to finish teams off remains a weakness for the French women.

Canada does deserve credit for the usual things: they defended well, Erin McLeod continues to emerge as a world class shot stopper and they are dangerous on set-pieces (Kyle’s goal came after she had two open headers off of dead ball crosses). For years, Canada has done those things well and they continue to do them well now.

The problem is that Canada doesn’t appear to evolve. They still struggle to maintain possession against top sides and, outside of Christine Sinclair, they simply do not create opportunities on their own (Kyle’s goal was off a turnover). If the Canucks are to truly compete in 2015 they need to have more to their game than a rope-a-dope defend and hope for a mistake approach.

And that’s why draws like today might actually be bad for the long-term growth of the program. Yes, they get a result and players and fans get to celebrate that but if it comes at the expense of further advancement of the side, then what’s gained?

Eventually, France will find its scoring boots against Canada and the floodgates will open as they did in the 4-0 group stage win at Germany 2011. It’s short-term thinking to suggest that Canada is the equal of France right now despite the (very limited sample size of) results.

Thankfully, John Herdman appears to understand that. It’s unlikely he’ll be celebrating today’s draw very long as he continues the long and difficult work of raising Canada into the truly elite by 2015.

NOTES: The CSA announced last week that the June 2 friendly between Canada and the USA is a sell-out. Toronto’s BMO Field holds close to 22,000.

It’s a remarkable achievement when you consider that the women have struggled to draw half of that in past games in Toronto.