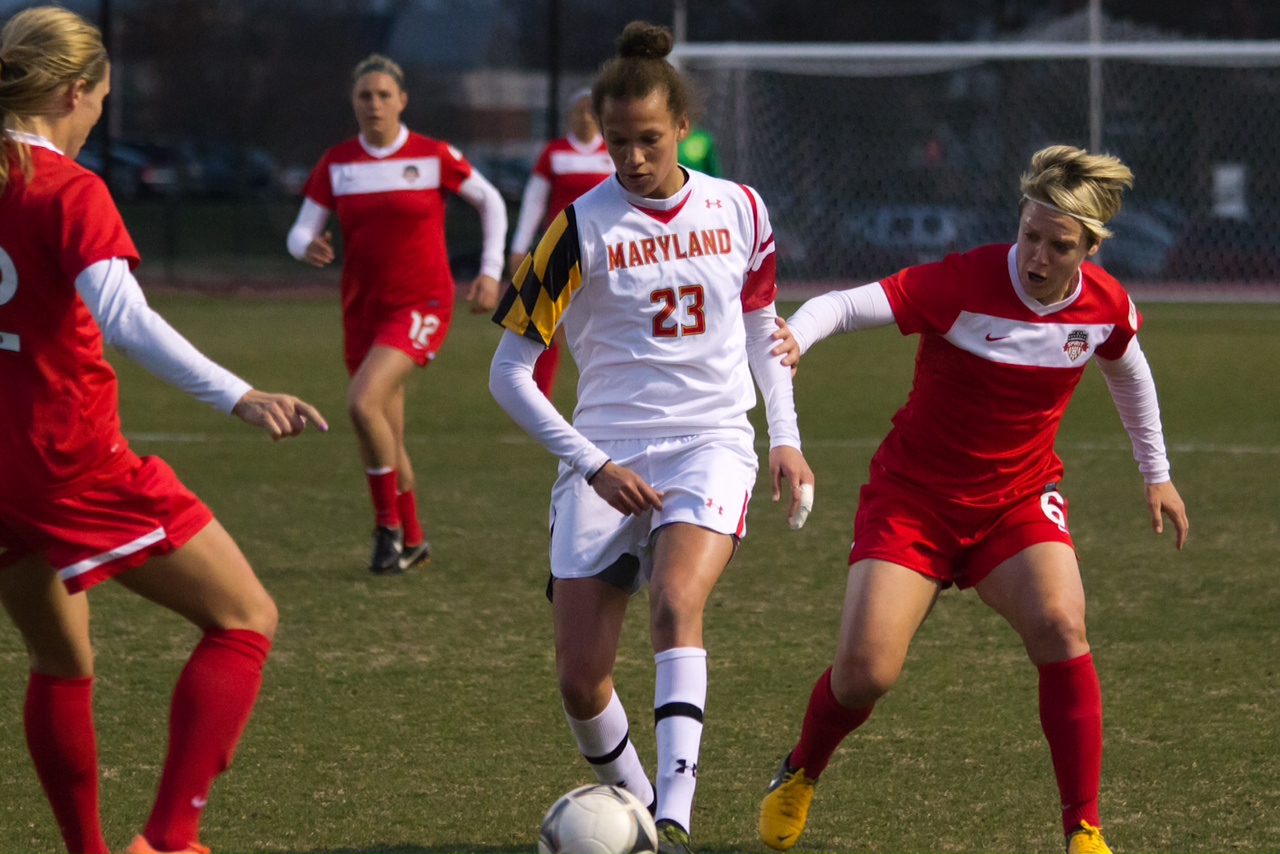 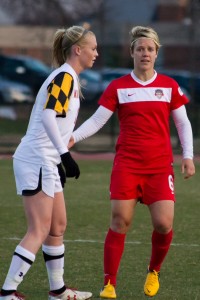 The Maryland Terrapins defeated the Washington Spirit 2-0 Tuesday. Alexis Prior-Brown notched a goal in the 68th minute. Maryland’s cause was also aided by a Spirit own goal in the 22st minute.

After the game Maryland head coach Jonathan Morgan was pleased with his team’s performance.

“It was a good game for our team, it was fast,” he said. “Obviously, the Spirit has a collection of great players, talented players. I thought our kids did a good job to play, to defend and ultimately score a couple of goals. It was pretty good result for us.”

In many ways, Wednesday’s match was a mirror image of the match Washington played against North Carolina on Saturday.  Unlike Saturday’s match, the Spirit held possession better in the first 20 minutes. All of that changed, when the Spirit conceded an own goal in the 22nd minute.  Washington’s Tori Huster attempted to clear away a Maryland pass inside the box but instead she sent the ball into the net.

After the own goal, Washington’s loss of confidence and composure was visible. Maryland was able to control the ball and the Spirit’s attack struggled to manufacture offensive opportunities.  Washington’s offensive woes were exacerbated by the absence of Tiffany McCarty, who was a late scratch due to a slight quad injury.

Washington head coach Mike Jorden admitted after the game, “going in to it was one of those games where you didn’t know what to expect. We had a hard month of training and had a lot of knocks. We played well at times but I could see where we didn’t have a lot of energy tonight.”

Poor defending by the Spirit was their biggest problem of the night. Washington’ s backline seemed ill-equipped to deal with Maryland’s speedsters Hayley Brock and Alexis Prior-Brown.  If not for key plays by Washington keeper Chantel Jones, Maryland would have won by a wider margin.

Most notably, in the 57th minute, Prior-Brown beat Spirit defender Casey Berrier and fired a rocket at goal. Jones was able to push Prior-Brown’s well placed shot over the cross bar.

Despite Jones’ efforts, Prior-Brown extended Maryland’s lead in the 68th minute. Prior-Brown once again beat Berrier and fired a shot at goal from the left side of the field.

Washington fans can take comfort in the fact that the back line that saw action in Wednesday’s match is not one they will see in the regular season.  In addition to missing their allocated defenders, Ali Krieger and Robyn Gayle, the Spirit were without two other players who have been a part of the preseason back line. Kika Toulouse and Danielle Hubka were both unavailable due to slight injuries.  Once again, midfielder Huster was forced to play center back to fill out the Spirit defense.

Meanwhile, the Spirit’s scoring woes continue to need addressing. Former Maryland Terrapin Jasmyne Spencer joined the team only a few hours prior to last night’s match. The Boston Breakers waived Spencer last week. Despite her late arrival, Spencer was responsible for some of the more dangerous Spirit scoring chances.

Washington has one preseason game left to sort things out. The Spirit will take on Virginia this Saturday at 7:30 p.m ET at the Maryland SoccerPlex.