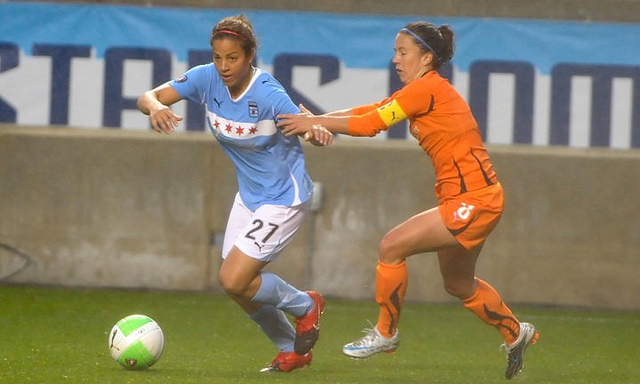 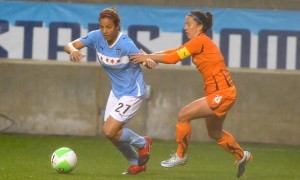 Casey Loyd, better known as Casey Nogueira, has agreed to terms with FC Kansas City, the team announced on Wednesday.

Loyd was chosen 30th overall in the fourth round of the NWSL supplemental draft on Feb. 7. It was unclear at the time if she would play for FC Kansas City (several players drafted will not participate in the league), but Loyd’s addition adds a new element to Kansas City’s midfield.

Loyd is a player defined by potential. She was drafted No. 8 overall by the Los Angeles Sol in the 2010 WPS draft, but the team folded two weeks later, sending Nogueira to Chicago to play for the Red Stars. As she did in 2011 with Sky Blue FC, Nogueira had moments — flashes, highlight reel goals that pieced together were world-class — in which she absolutely shined.

But since her days at North Carolina, where she won NCAA championships in 2006 and 2008, the word ‘consistency’ has followed her around. It was a point of concern for several coaches ahead of that 2010 WPS draft and it was a talking point in WPS, where her performances varied.

It’s been nearly three years to the day since Loyd last appeared for the United States women’s national team in what currently stands as the last of her five all-time caps.

FC Kansas City, however, presents a fresh start for Loyd. She spent last season with FC Dallas Women in WPSL, a team next to nobody has seen play on a national scale. It’s been over 18 months since we’ve been able to see Loyd play professionally, which allows her to step into the NWSL under less of a spotlight than she had on her in WPS.

On the ball she’s incredibly creative, resembling a confidence similar to that of good friend and US national team player Tobin Heath. In Kansas City (and really, anywhere else she could have played) there’s a chance to start over, to build consistency and perhaps even find a way back into the national team picture as US coach Tom Sermanni ushers in a new era.

But that’s getting ahead of ourselves again. For now, it’s just good to see players with great potential, like Loyd, back on the field at a professional level. Capitalizing on that opportunity with consistent, solid efforts, is the next step for Loyd, who only just turned 24 years old on Sunday.