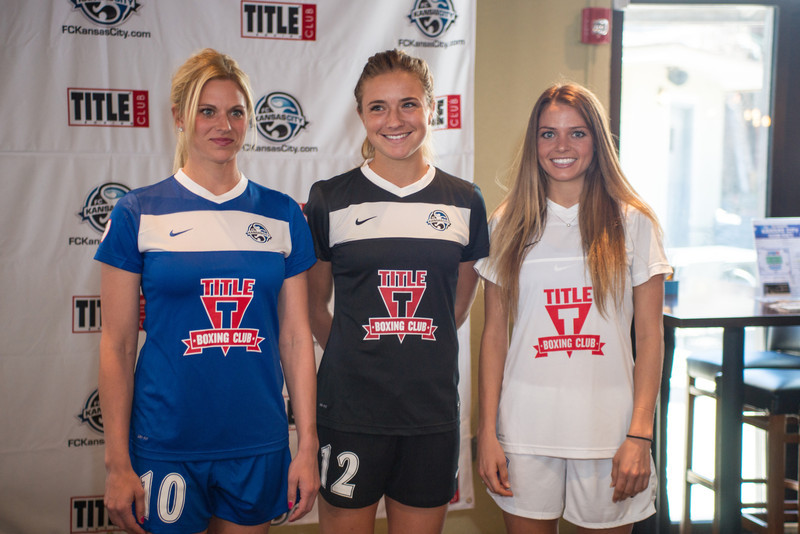 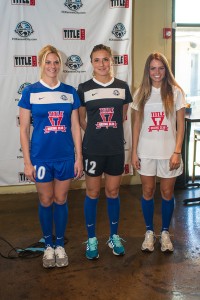 “We needed to quickly identify which company or brand would adorn our team’s jerseys which is the most important partnership in soccer,” he said. “We hoped to find a partner that was local yet also had a national footprint. What turned out was the first and only company we talked to was Title Boxing Club and their founder Tom Lyons.”

“We are proud to be part of this organization, what’s going on in Kansas City and part of empowering women,” Lyons stated. “I’ve always been involved in soccer and we do a lot with women’s sports anyway with Title Boxing Club, it’s a natural fit.”

Lyons already had a connection with soccer in general and FC Kansas City specifically. One of Lyons other companies is Global Sports International. GSI arranges and manages soccer tournaments, camps and tours and FC Kansas City’s head coach Vlatko Andonovski and assistant coach Huw Williams has worked for GSI in the past and they are all close friends. “When it became available, it made sense, all the sense in the world,” Lyons explained.

A couple perks for the players comes along with this deal. The entire team gets memberships to the Title Boxing Clubs and Lyons promised to pick them all up, take them to the warehouse and outfit them in Title Boxing gear.

“I’ve heard it’s a great workout and I’m looking forward to having a membership there and going to see what it’s all about with my friends,” Mewis said.

Mewis, along with Lauren Sesselmann and Melissa Henderson modeled the Blues’ new uniforms.  Mewis wore the black, Henderson the white and Sesselmann the blue.

“I’m so excited and so proud to be wearing this,” Mewis said. “I really am looking forward to playing in this league, it’s an honor to be here. I’m so excited to be playing with the girls. Our uniforms look great, so happy with our sponsor.”

See photos of the new uniforms and the press conference

The press conference was held at the Jacobson, a trendy restaurant in the crossroads district of Kansas City.  Not the usual spot for a soccer team press conference but there is another connection there as well. The owners of the Jacobson are opening another restaurant called The Futbol Club Eatery and Tap on the south side of the metro area in Kansas. The Futbol Club will open in April and will be the host of watch parties for all of FC Kansas City’s away matches.