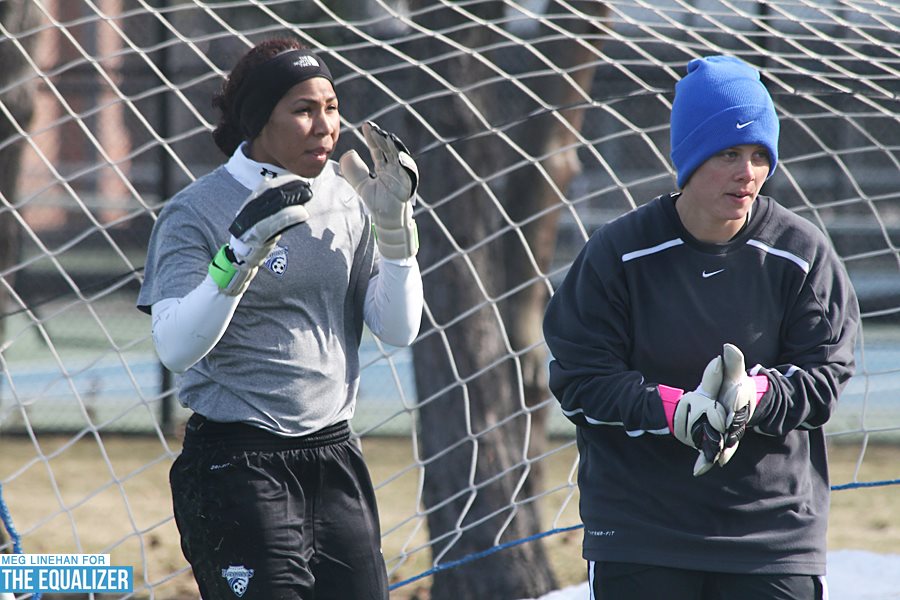 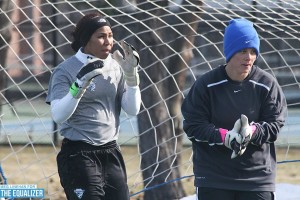 CAMBRIDGE, Mass. – On a cold, blustery Saint Patrick’s Day, the Boston Breakers wrapped up their first weekend of preseason training ahead of the 2013 National Women’s Soccer League season. With allocated players yet to arrive from the Algarve and Cyprus Cups, the rest of the team went through fitness tests on Saturday and a double session of training on Sunday on the back fields of Harvard University.

“The players are upbeat, they’ve been going after it,” she said. “A little bit of nerves still in some of the group, but they’ll settle in. I’m excited about what Monday and Tuesday will bring.”

With two recent hits to the roster in the back line between Casey Short’s recent ACL injury in February while with the US U-23 team and the retirement of Heather Mitts, the Breakers have new depth issues with their outside backs that they will need to resolve in only 27 days before the start of the season. With Rhian Wilkinson, Julie King, and Lauren Alkek all preferring the right back position, Cole will either need to transition someone to the left or find a preseason camp attendee to promote to the starting 11.

Cole did confirm she’s considering all the options for filling the back line. “We do have some extra players here [at camp], and we’re giving them a look to see if we can find the answer there.”

Goalkeeping remains the biggest concern for the Breakers as the season draws closer. With Mexican international Cecilia Santiago the only keeper definitely on the roster for the 2013 season, the Breakers will have to find two keepers during preseason camp. Four goalkeepers were in attendance at preseason training this weekend, including Adelaide Gay of the UNC Tar Heels and Vikki Alonzo, last seen with the New England Mutiny in the 2012 WPSL Elite season. Additional goalkeepers will be evaluated by the Breakers during preseason, but the total number or player names could not be confirmed with the team.

“I think we’ll have some challenges when it comes to goalkeeping,” said Cole. “We’re going to be young. I think you’ve seen in the WPS and WUSA that young goalkeepers make mistakes. It’s just part of their inexperience, and I think we’ll have a little bit of that. But I like who we’ll have in front of them, with Kia [McNeill] and Cat [Whitehill]. We’ll have some veterans there to help lead the way.”

Whitehill spoke about working with McNeill to start building the chemistry they’ll need as anchors of the Boston defense in Sunday’s training sessions.

“Even though I know Kia McNeill very well – just playing in the back with her a little bit earlier today, we were learning each others’ tendencies then,” Whitehill said. “So it’s good that we have these few weeks to really get that going.”

Whitehill was a noticeable leader on the field during training. Boston will look to her this year to be the leader of the Breakers defense, to ward off rookie goalkeeper mistakes before they happen and to be a large piece of building team chemistry in a short amount of time. Whitehill knows the expectations the team has for her, and is making a strong case early in the year to wear the captain’s armband.

The national team allocations and free agent Kyah Simon are expected to arrive in Boston throughout the rest of the week, as well as additional preseason invitees.

For the rest of the photos from Sunday’s training session, visit the album on The Equalizer’s Facebook.