The View from the North: Canada focused on long-term 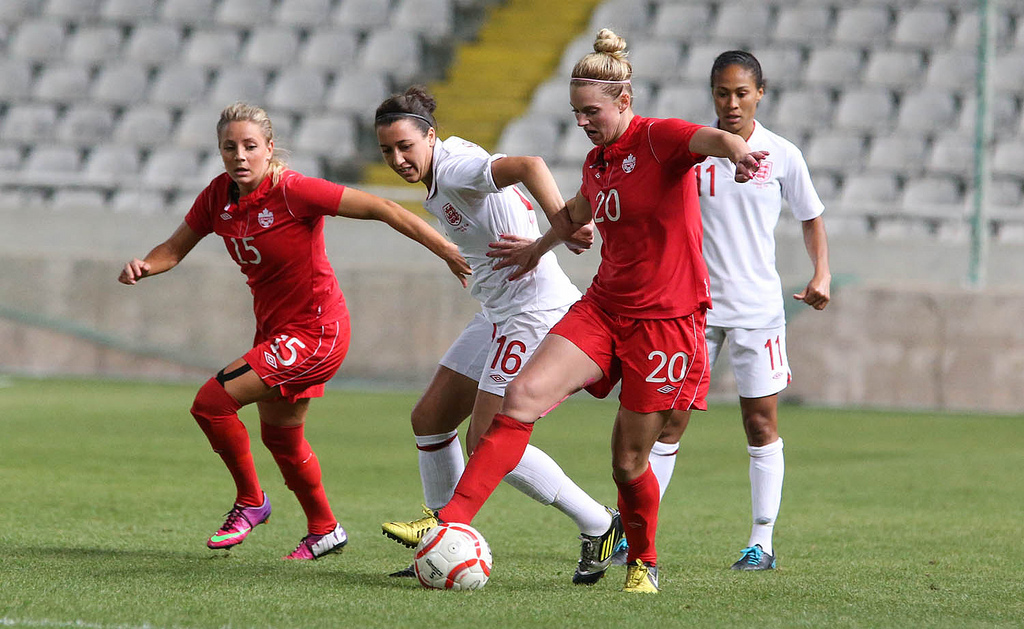 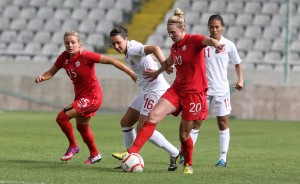 Canada lost the Cyrpus Cup final 1-0 to England, but the focus is on 2015. (Photo courtesy of Canada Soccer)

Sometimes it’s important to remember what your final destination is when choosing the path to take.

That was the message from coach John Herdman following Canada’s 1-0 loss to England in the final of the Cyprus Cup on Wednesday.

“Of course you want to win, but the message we preached all week was to stay with the plan and to work on the things that we need to work on to make us better for 2015.

Herdman repeated that 2013 was about development, not results.

That goal isn’t to be annual Cyprus Cup champions, but rather to win the World Cup. It’s an audacious goal, but one that the women and Herdman believe they are capable of. But, only if depth can be developed between 2015 and now.

To that end, Herdman played a lot of younger players throughout the tournament. Overall, he was happy with the play of the youngsters, but understands that there is still work to be done.

“We learned that Kadeisha Buchanan is a player – a remarkable talent that competes already at this age – and the others (young players) all performed well at times and have things to work on.

“They played like you’d expect – they are awestruck at times, playing girls with 100 caps, players they’ve watched – but once they settle in they proved they belong.”

“The most important thing about this tournament was exposing them to the environment.

“I’m happy with how the week went.”

“We’ve (New Zealand) have been there before,” he said. “But, it’s nice to see (the development).

“Those girls are a lot like Canada in that they’ve had to work hard for all that they’ve got. I’m glad to see them continue to be rewarded for that work”