The View from the North: Ashley Lawrence and the future of player development 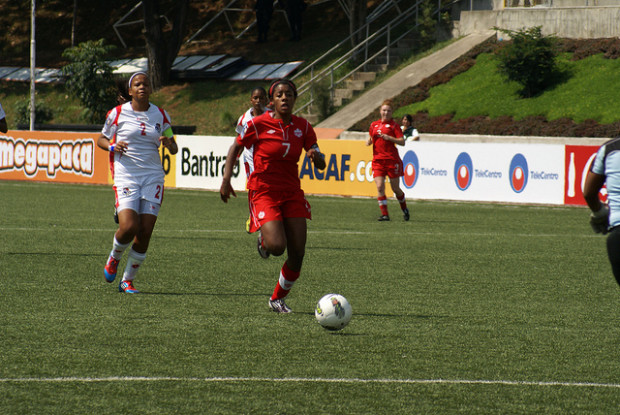 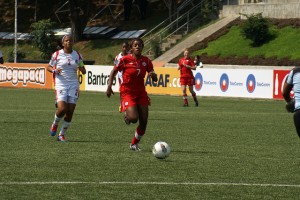 If any of the longer serving members of the Canadian women’s national team have a complex about their age, they may want to stay away from talking to their newest and youngest teammate, Ashley Lawrence.

Asked by The Equalizer about whether Canada’s run at the 2003 U-19 tournament inspired her as a young player, the 17-year-old was respectful of the accomplishments of her senior colleagues, but lacking in some of the details.

“To be honest I don’t actually remember watching it live,” the 17-year-old said, “but clearly it was important.

“I think for younger players what was inspiring was seeing the team win (bronze at the 2012 London Olympics). Seeing that it’s possible for a Canadian team to get on the podium was a true inspiration.”

For a female Canadian player to admit to not being old enough to remember the 2003 tournament is saying something. For years, the biggest complaint about the women’s program was that it was too reliant on that generation of players. Outside of a few select players, the majority of the bronze medal winning team was made up of players from that team, including the team’s superstar, Christine Sinclair.

The lack of development at the youth level after 2003 is troubling. A failure to qualify for the 2010 FIFA U-20 Women’s World Cup was the biggest indicator that not all is well with the program below the highest level.

To that end, John Herdman is making an effort to look at as many young players as possible in 2013. It’s a refreshing change from the approach of former coach Carolina Morace, who seemed to think of the U-20 player pool as a burden, rather than a resource.

Of the young players in the Canadian system few are as promising as Lawrence, who received her first senior cap in Cyprus against Switzerland. Although a fixture in the Canadian youth setup since she was just 14, Lawrence is just now getting her first taste of action with the senior team.

She says that the experience has been important for her development.

“I was really excited to get the call, but at the same time I was very nervous,” she said. “So I kind of had mixed feelings.”

The feelings didn’t last long. Once in the camp, Lawrence says she ate the teachings up.

“The environment has been very professional. I’ve learned so much from being here.”

Under Herdman, Lawrence is being converted to a fullback from her youth position of a midfielder. Reflective beyond her years, Lawrence has embraced the change.

Saying that the change of position has been made because it’s been identified that her skill-set is more suited to fullback than midfield. That it took this long to determine that might be a reflection on the way that Canada teaches the game to younger players.

“The game is played fast (at the youth level in Canada),” Lawrence said. “We need to do a better job learning all aspects of the game.”

Pointing to how the game is taught in places like Real Madrid, Lawrence continued.

“When I was younger we got to play soccer – great – but that wasn’t enough. We didn’t learn all aspects of the game.”

Despite that Lawrence is hopeful about the future.

“They’ve stressed that – although there are no guarantees – the future is endless. Not only is there an opportunity for myself and the team (at the FIFA U-20 World Cup) in ’14, but also in (the 2015 FIFA World Cup and 2016 Olympics).

“The message is that you always need to improve.”

Duane Rollins is the managing editor of the Canadian Soccer News and a columnist for the Score’s Counter Attack blog. He’s covered the Canadian national teams of both genders since 2002. He encourages feedback via email at duanegrollins@gmail.com, or on Twitter @24thminute.