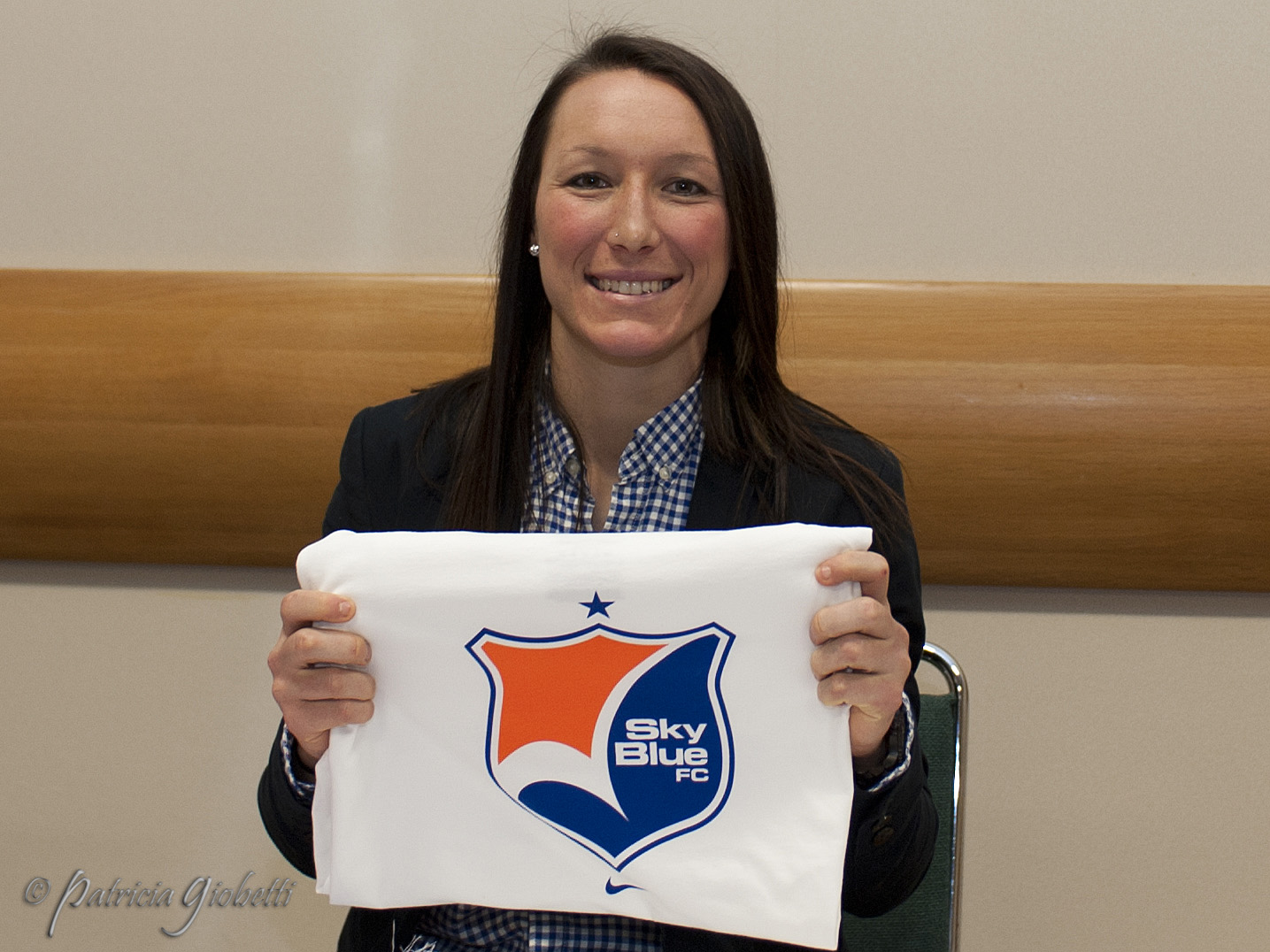 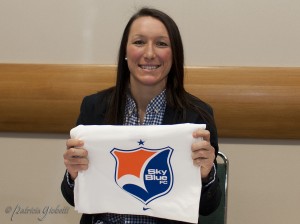 Jill Loyden broke a bone in her left hand and will miss up to three months. (Copyright Patricia Giobetti | http://www.printroom.com/pro/psgiobetti)

United States goalkeeper Jill Loyden broke her left hand bone in training on Thursday and will be sidelined for up to three months, US Soccer announced.

Loyden, who was slated to be Sky Blue FC’s No. 1 goalkeeper, suffered a “spiral fracture of 4th metacarpal,” according to US Soccer. She will depart Portugal — where the US is currently competing in the Algarve Cup — on Friday to see a hand specialist in the US and determine whether or not she will need surgery.

The United States is already without No. 1 Hope Solo due to a wrist injury, leaving Nicole Barnhart and Ashlyn Harris as the only goalkeepers left on the Algarve Cup roster. Solo’s wrist injury was originally reported on Feb. 22 to require a 6-8 week recovery period. On Thursday, Solo tweeted that she was headed into surgery, presumably for her injured wrist:

Headed into surgery! Thanks for all the support everybody! Through everything…

Loyden previously broke a different bone in the same hand during US training camp in January of 2011. She is likely to miss about half of the National Women’s Soccer League season.

“It’s certainly unfortunate, but I’ve already overcome this injury before so I have no doubt it will heal and I’ll be able to join the U.S. team again soon,” said Loyden. “I know that the other goalkeepers will step up because they are phenomenal players.”

The US plays April 5 at Germany and April 9 at the Netherlands. US coach Tom Sermanni will likely have to call-up at least one young goalkeeper for the next training camp.