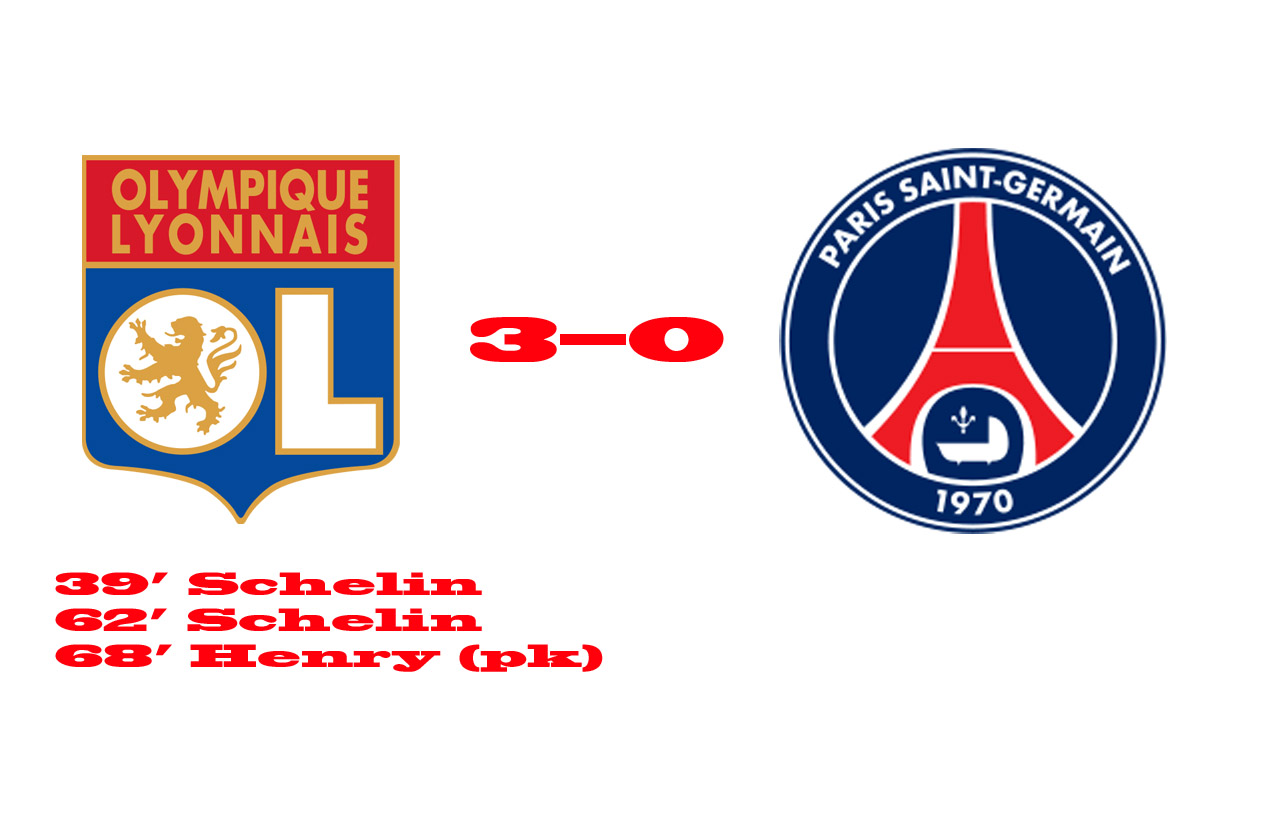 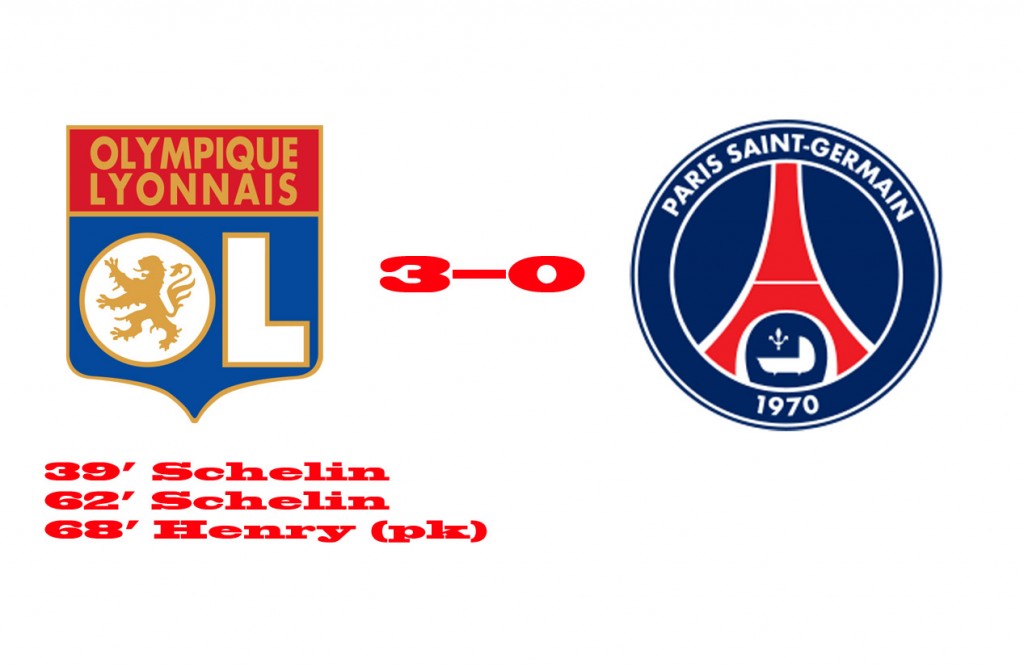 Swedish international Lotta Schelin scored once in each half as Lyon extended its lead at the top of the Championnat France Feminin D1. A 3-0 romp over second-place Paris Saint Germain left Lyon six points clear, with a game in hand and a plus-93 goal difference.

Lyon’s pre-game goalscoring record of 95 for and five against would be stretched to 98 goals scored by the final whistle.

Americans Megan Rapinoe and Tobin Heath started wide on the left in a 4-2-3-1 for Lyon and PSG, respectively, while 18-year-old Lindsey Horan took her customary spot at target striker for PSG.

After a tentative start to the match from both sides, the game opened up around the half-hour mark. Heath found herself one-on-one with goalkeeper Sarah Bouhaddi, streaking in from the left side, but Bouhaddi was quick to her left to save the shot.

Moments later on the other end, Rapinoe received a yellow card for her part in a hard aerial challenge with Kenza Dali. As Rapinoe challenged for the ball, she got a piece of Dali’s nose with her head.

Dali re-entered the match after receiving brief treatment on the sidelines.

Both teams attacked often through their Americans on the left side. Heath took her opportunities to dribble, but she had trouble connecting with her teammates, while Rapinoe preferred to serve the ball in with her left foot.

In the 39th minute, lead-leading Lyon broke through. Elodie Thomas won a ball in the midfield off an opponent’s foot and threaded Schelin through on the right side of the PSG defense.

The experienced Swedish national team forward took the ball across her body with her right foot, slotting it on the ground and into the left-side netting. The halftime whistle blew shortly after, putting an end to the first half just as the game started to find some momentum.

Rapinoe and Heath clashed directly at the start of the second half, with the former committing a foul in the wide area outside her own penalty area that resulted in a PSG free kick that was cleared without trouble.

In the 53rd minute, the third American got in on the action with a cautionable offense of her own. Horan caught Amandine Henry with an elbow as they went up for a ball in the air, causing her to need attention from the trainer and resulting in the second booking of the match.

With Horan’s yellow card, the most visible American contributions in the match were the two bookings. Lyon defender Corine Franco picked up a third two minutes from time.

Rapinoe was the first player to be substituted, making way for Eugénie Le Sommer in the 58th minute. The 23-year-old French international wasted little time getting involved, putting a shot on target two minutes after entering the match.

Lyon increasingly imposed itself on the match, resulting in the second goal of the match for the home side — and Schelin. Lara Dickenmann crossed in from the left on a quick break, and Schelin out-jumped her mark to head home easily in the 62nd minute.

The game effectively ended six minutes later, as a shot from outside the penalty area found a PSG hand in the penalty area, and referee Dorothee Ily quickly and correctly pointed to the spot. Henry stepped up and scored after sending the goalkeeper the wrong way.

The game began to wind down as Schelin came off for a substitution in the 72nd minute. The home crowd announced its approval with loud cheers, and the match crawled to a finish with three goals separating the teams.

Heath had a chance to pull one back for her team in the 74th minute, with a free kick from just outside the penalty area on the right side. She lined up to take it, but she could only put it over the crossbar.

That opportunity summed up PSG’s evening, as it was all Lyon on Saturday night at the Stade Gerland. With its lead extended considerably, and a massive gap separating it from any team it has played this season, Lyon looks to be a lock for its seventh consecutive French league championship.