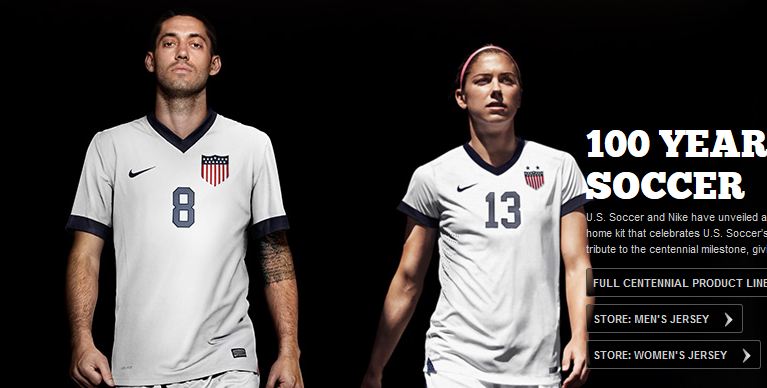 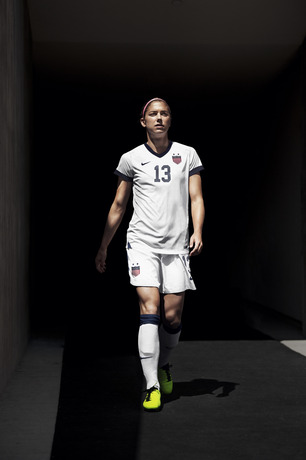 US Soccer unveiled its men’s and women’s national team centennial uniforms on Friday, in celebration of the federation’s 100-year anniversary in 2013.

The US men and women will where the same kit, just like they did with the 2012 ‘hoops’ uniforms. The only differences will be the cut of the jersey and the two stars about the crests, representing the two World Cup titles (1991 and 1999) the women have won.

US Soccer’s centennial jersey shop features blue shorts and socks for purchasing, although the home kit will feature white shorts and socks. The crest is also different from years past. From US Soccer:

A standout feature of the new kit is the crest. The enlarged crest pays homage to the original kit, and is interwoven to maximize the top’s luxurious feel. The crest’s 13 stars and 13 stripes replicate the motif of the 1913 kit and symbolize the first American flag of the original 13 colonies.”

Below is a photo the photo of men’s national team midfielder Clint Dempsey and women’s national team forward Alex Morgan in the new centennial jersey, followed by the red and white horizontally striped jersey that both teams wore in 2012. Which do you like better?

Clint Dempsey and Alex Morgan in the US Soccer centennial kit.

And here are the old hoops jerseys: 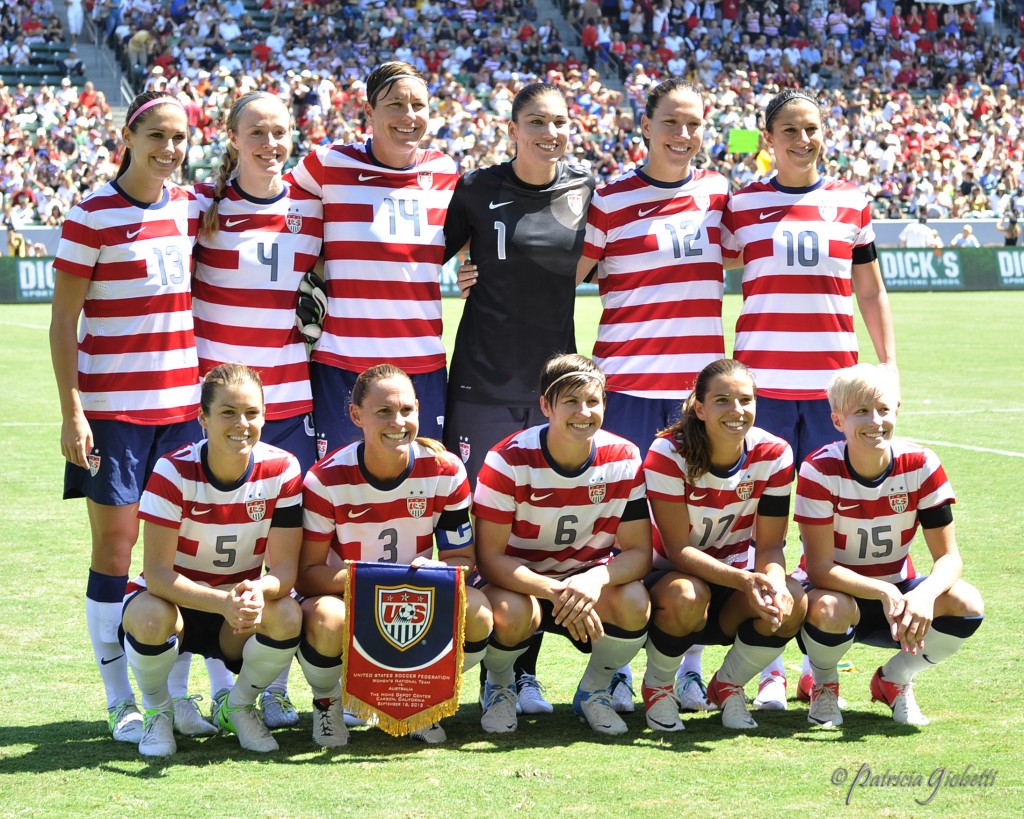 The U.S. starters before a 2-1 win over Australia on Sept. 16, 2012. (Copyright Patricia Giobetti | http://www.printroom.com/pro/psgiobetti)