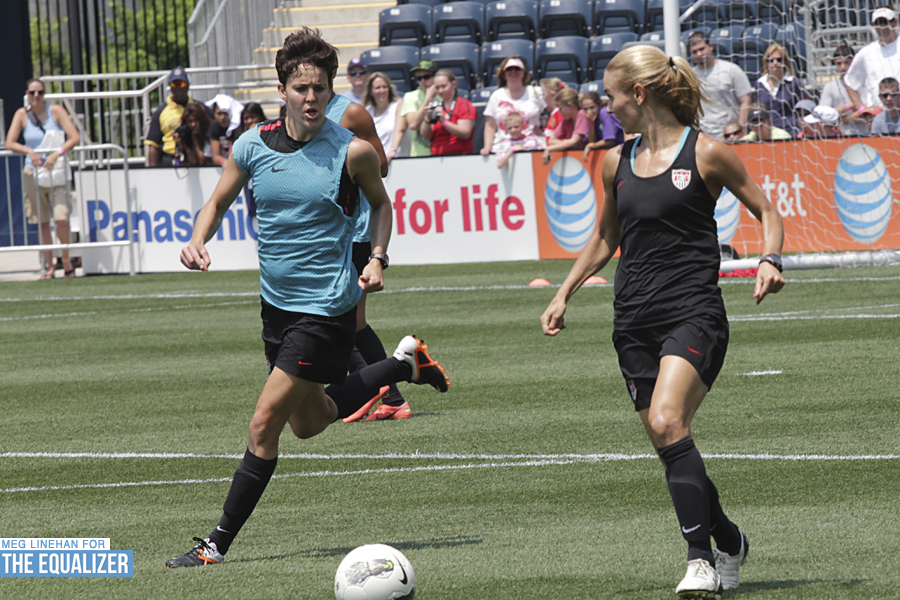 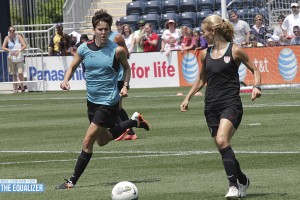 SEATTLE — In the first trade in National Women’s Soccer League history, Seattle Reign FC acquired midfielder Keelin Winters from the Chicago Red Stars on Friday. Seattle sent its 2014 College Draft first-round pick to Chicago in the deal along with future considerations, which would be an allocated national team player, an NWSL spokesman said.

“We really believe in Keelin as a player,” Reign FC general manager Amy Carnell told The Equalizer. “This will make our team better, and it will help fill some of the gaps.”

To ensure all teams still have the same number of draft picks, Seattle will take Chicago’s fourth-round pick in the same draft.

“We feel that in Leslie and Shannon we have two world class defensive midfielders already,” Red Stars head coach Rory Dames said. “Keelin needs to go somewhere and play and play in a position where the national team thinks she can develop into a potential starter for them. So it just didn’t make sense to try to move her to a different position in the midfield when we felt very good about the two that we had. So quite honestly it made sense for Keelin to move her on to somewhere where she’s going to continue to get game time and field time because she’s still a very young player.”

Winters and Carnell worked together in 2012, when Winters played for the Seattle Sounders Women in the USL W-League and Carnell was the team’s general manager. Winters joined Turbine Potsdam in the Frauen Bundesliga midway through last summer.

The 24-year-old holding midfielder played collegiately at University of Portland, and she is a member of the United States player pool, but she is yet to make an appearance for the full national team. She captained the under-20 team on its way to winning the 2008 FIFA U-20 Women’s World Cup.

“Keelin will add some real experience and quality needed at this level,” Reign FC head coach Laura Harvey said in a club release. “Although we have a strong group of midfielders, we felt we needed to add a more defensive-minded midfielder to a group of very attacking, creative midfielders and forwards. Getting Keelin onto the team allows us to be creative with our squad and gives us freedom with our formation and system of play.”

Although she was not on the United States roster for the 2012 Summer Olympics, Winters was one of 23 players U.S. Soccer allocated to the NWSL. As such, Reign FC has four allocated players on its books now: Winters, goalkeeper Hope Solo, midfielder Megan Rapinoe and forward Amy Rodriguez.

However, Rodriguez is pregnant and out for the season, Rapinoe will miss the start of the season finishing her contract with Lyon in France and Solo’s debut will likely be delayed by wrist surgery.

With those personnel problems coming one after another recently, the Winters trade is the first positive roster news for Seattle in weeks. Receiving a player on the fringes of the national team in exchange for a higher draft pick is a relative steal in the short term.

The club had been trying since before the Supplemental Draft to get some sort of trade deal done, with Western New York Flash forward Veronica Perez rumored to be on her way back to Seattle at one point. Perez also played for the Sounders Women under Carnell last summer.

Winters scored one goal and assisted one other in 992 minutes of action for the Sounders Women in 2012 before heading to Turbine Potsdam. She played every minute of the German club’s three Champions League matches in the 2012/13 season, scoring one goal.

“I’m thrilled to have the opportunity to play for Seattle Reign FC,” Winters said. “I’m looking forward to working with a world-class coach in this new league and improving my game. I am very much attached to the Pacific Northwest, and I can’t wait to play in front of a packed house at Starfire Stadium.”