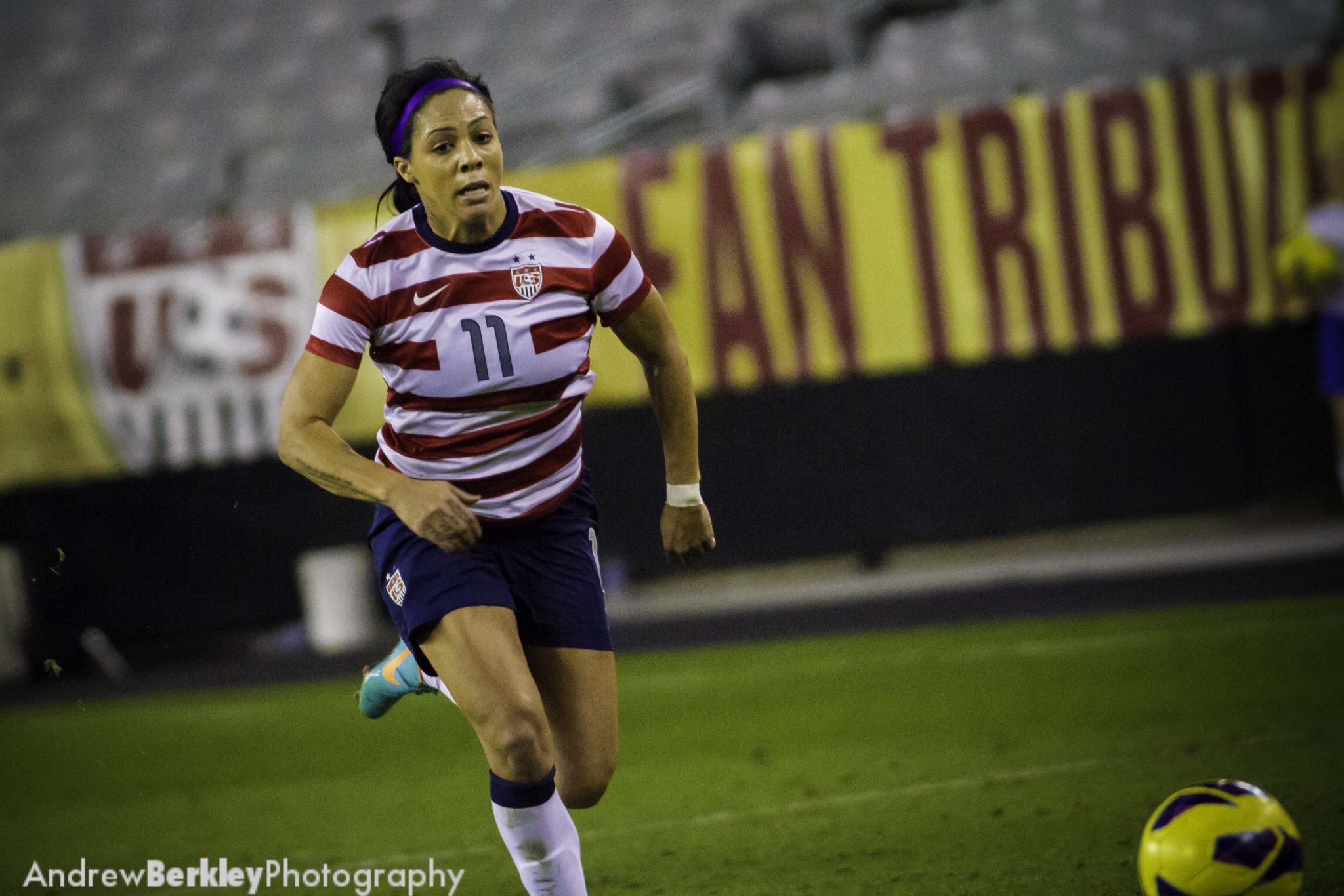 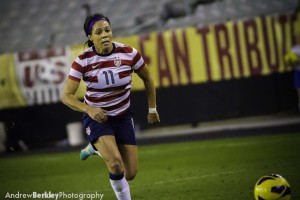 Sydney Leroux is ready for the challenge of the National Women's Soccer League. (Photo Copyright Andrew Berkley for EqualizerSoccer.com)

Sydney Leroux is ready to fight.

This is the basis of every decision Leroux has made in 2013 about her career and her future with the United States women’s national team, including her participation in the National Women’s Soccer League.

Leroux’s 2012 was remarkably similar to Alex Morgan’s 2011. Her first goal for the U.S. women’s national team was in January of 2012, but by the end of the year she had set a record for the U.S. side for most goals scored off the bench (14). With Morgan rising to her starting position, Leroux took on the mantle of super sub under the leadership of Pia Sundhage.

And just like Morgan in 2011, Leroux was the No. 1 overall WPS draft pick in 2012, but the league ceased operations before Leroux ever played in it.

With 2013 comes the possibility for an increased role with the US, as new head coach Tom Sermanni weighs his options. Under Sermanni, Christen Press made quite an impression with her first appearances for the national team in the two friendlies against Scotland in early February.

Press’ overdue debut will mean more competition for starting spots for forward spots already locked up by Alex Morgan and Sydney Leroux, not to mention Sermanni’s addition of Lindsey Horan, who is making an impression of her own with PSG in France by scoring 11 goals thus far this season.

Enter the NWSL. Leroux was allocated to the Boston Breakers with Heather O’Reilly and Heather Mitts. Both have previously played for the Breakers, with O’Reilly appearing in two games in 2012, and Mitts playing during the WPS era.

Leroux, a native of British Columbia and a UCLA alumna, is leaving the comfort zone of the West Coast due to her allocation to Boston.

“It’s going to be fun. I’ve never left the West Coast, so it is going to be very different for me, but I’m excited.”

Leroux is one of the players who could benefit the most from the new professional league, giving her a platform to demonstrate her offensive capabilities on a weekly basis. With her stock rising, she will also be one of the most important presences for the Breakers’ front office and ticket sales.

As her teammates Megan Rapinoe and Tobin Heath chose to take contracts in France, Leroux was also the subject of many rumors before the NWSL allocation process formally began. Sermanni so far has been willing to call American players based abroad into camps, but Leroux purposefully chose to stay in the United States to grow the game and not miss a single chance to make an impression at the national level.

“That was my No. 1 thing. Especially as a young player, you know, I did well last year and did kind of establish myself,” she said. “But I haven’t established myself the way that I feel comfortable leaving, and then maybe missing a camp or two. I don’t think that was the right thing for me to do. Being 22 years old, I wasn’t ready for that. Being at every camp, I think that’s what’s going to be best for me.”

As for the new head coach himself, Leroux is excited by her first impressions of Sermanni. “He’s been awesome so far,” said Leroux.

She’s also a fan of his willingness to bring in new faces, like Press, Horan, and Kristie Mewis. “That’s been a really nice breath of fresh air. As you saw in the past few games, things have been different and there’s a lot of changes. I think that’s been really cool.”

The national team recently departed for the Algarve Cup, which starts March 6. With multiple friendlies announced over the past week, Leroux is ready for one particular game on the schedule: the rematch of the epic Olympic semifinal game between the U.S. and Canada in June.

“[The game] is in Toronto. It’s in the heart of Canada. The last game we played was a game of the ages,” she said. Leroux knows it will be a statement game for her, considering her past with Canadian fans. When it comes down to it though, Leroux knows where her loyalties rest. “When I put on my jersey, there’s no turning back. I’m American, 100 percent.”

It won’t be all hard work and big games for the 22-year-old though. With O’Reilly and Mitts being allocated to Boston, the team is already replete with big personalities. Expect plenty of fun behind the scenes, though Leroux is hoping to assist Heather Mitts on her trademark pranks, not be the target.

There’s a lot to look forward to for Leroux in Boston: an offensive game built around her and Kyah Simon, a face for the franchise, and Leroux’s first taste of true professional women’s soccer in America.

But most of all: it’s a fight to succeed. And it’s one that Sydney Leroux is determined to win.

The Lowdown: A look at NWSL rules and tiebreakers
Q & A with Mexico and Flash forward Veronica Perez