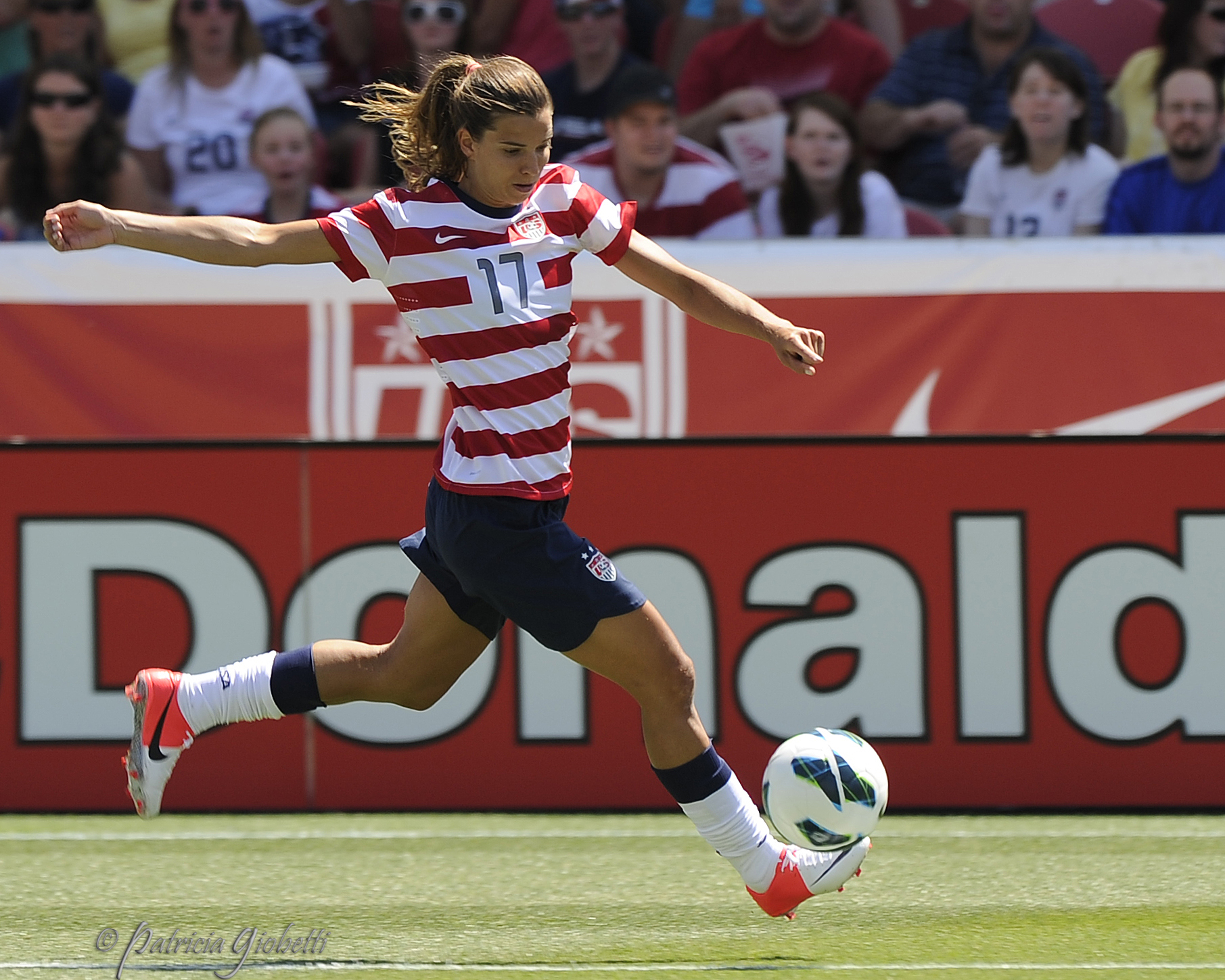 Megan Rapinoe scored the opener for Lyon in a 5-1 win over Guingamp on Saturday. (Photo Copyright: Patti Giobetti | http://www.printroom.com/pro/psgiobetti)

Saturday was a productive day for Americans abroad, with Megan Rapinoe scoring for Lyon and Tobin Heath assisting a Lindsey Horan goal for Paris Saint-Germain.

Rapinoe opened the scoring for Lyon in the 21st minute of a 5-1 victory over En Avant Guingamp, according to French site une-deux.net.

Elsewhere, 18-year-old Lindsey Horan, who has been called into US coach Tom Sermanni’s training camp for the upcoming Algarve Cup, scored her 11th goal of the season off an assist from fellow American Tobin Heath. PSG defeated FF Issy-les-Moulineaux 2-0.

Heath and Rapinoe are expected back in the States sometime in June to compete in the National Women’s Soccer League. Heath was allocated to Portland Thorns FC, while Rapinoe will play for Seattle Reign FC.

And aren’t we due for a dandy next weekend: Lyon and PSG, the top two teams in France, meet in league play in Lyon on Saturday, March 2. All three Americans will be available for the game and report to Portugal for Algarve Cup training the next day, according to US Soccer.

And on the men’s side, US international Brek Shea made his debut for Stoke City in the EPL and Kei Kamara, who played in MLS and is a Sierra Leone international, scored an 84th minute equalizer on American Tim Howard as Norwich stormed back for a 2-1 win over Everton. Captain Grant Holt scored the stoppage time winner for the Canaries.