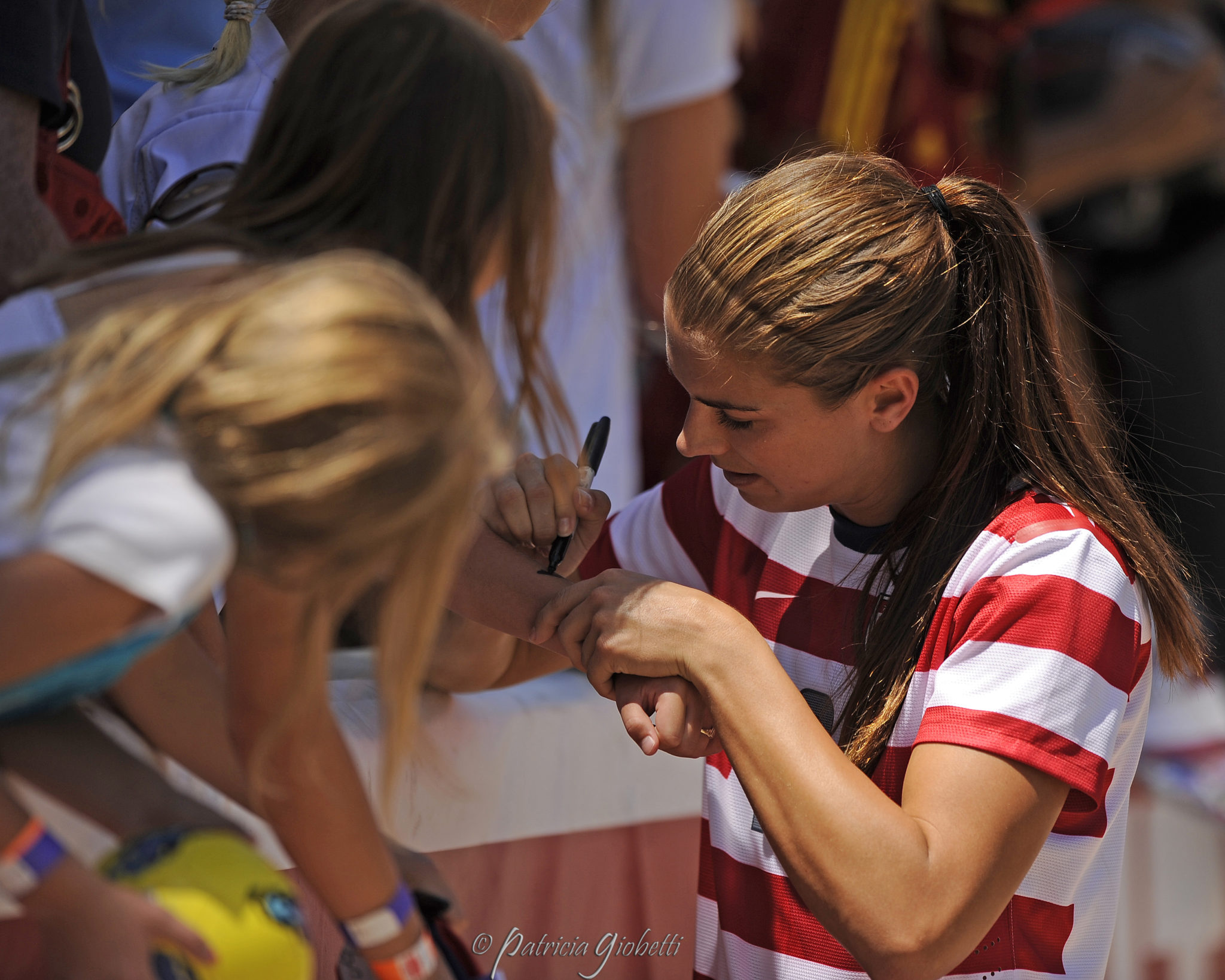 Alex Morgan has been listed as day-to-day after twisting her left ankle in the US women’s national team’s 4-1 win over Scotland on Saturday.

Morgan had to be helped off the field without applying pressure to the ankle in the 41st minute after Scotland’s Joanne Love tackled Morgan. Love was issued a yellow card and Morgan was replaced by Sydney Leroux.

In a tweet from US Soccer’s official women’s national team account, the injury was described as “not serious.”

Morgan tweeted a photo on Sunday night of her watching the Grammy Awards with what she calls “Game Ready” on her left ankle. Game Ready is a form of compression therapy:

Using the Game Ready on my ankle and watching #Grammys #lifeofanathlete twitter.com/alexmorgan13/s…