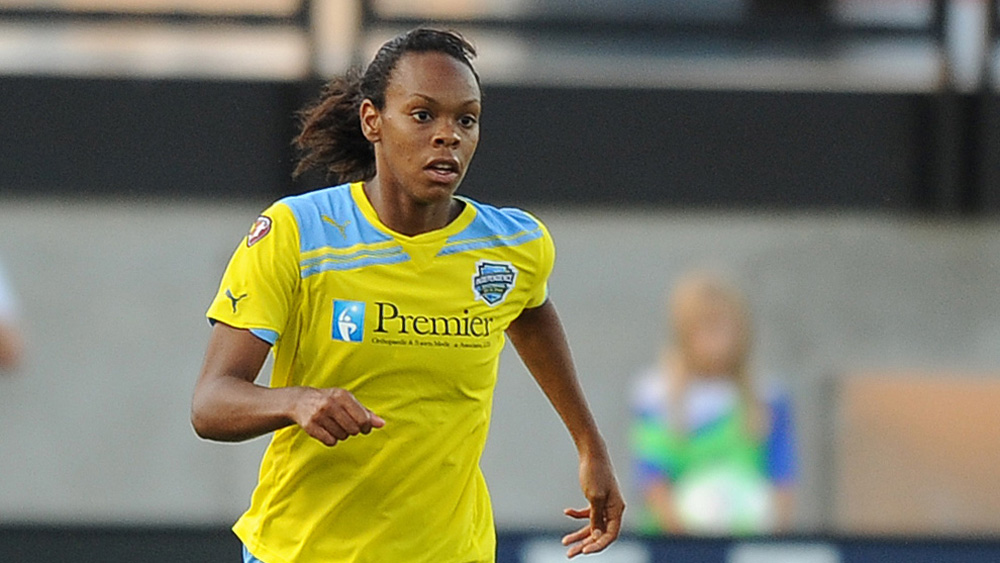 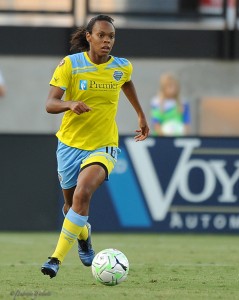 Kia McNeill will play for the Boston Breakers in 2013. (Copyright Patricia Giobetti | http://www.printroom.com/pro/psgiobetti)

The Breakers announced their third free agent addition to the team’s roster today with the signing of Kia McNeill. She joins Cat Whitehill and Lianne Sanderson.

McNeill will bolster the Boston defense while still adding offensive capabilities. A Connecticut native, she made the swap from forward to defender while playing at Boston College. McNeill also played for the U.S. U-23 national team, as well in WPS for Saint Louis Athletica, the Atlanta Beat, and the Philadelphia Independence. In 2012, she played for the NY Fury in the WPSL Elite after a brief and unpleasant experience in Russia.

McNeill is a strong choice to add to the roster, balancing out the youth of college draft picks with the experience of Cat Whitehill and Heather Mitts.

McNeill is happy to stay in the Boston area, having kept up ties with Boston College since her undergraduate career.

“Although I’ve played professionally in several locations, I’ve called Boston my second home since 2004 when I came here as a college player, then returned as an assistant coach and as a grad student,” McNeil said in a statement. “I love Boston, and it’s going to be nice playing here. I’m looking forward to working with Lisa Cole and being a part of a team with all the support in place to win a championship.”

The Breakers only have one remaining free agent left to announce, though it is unclear if it will happen before tomorrow’s supplemental draft.