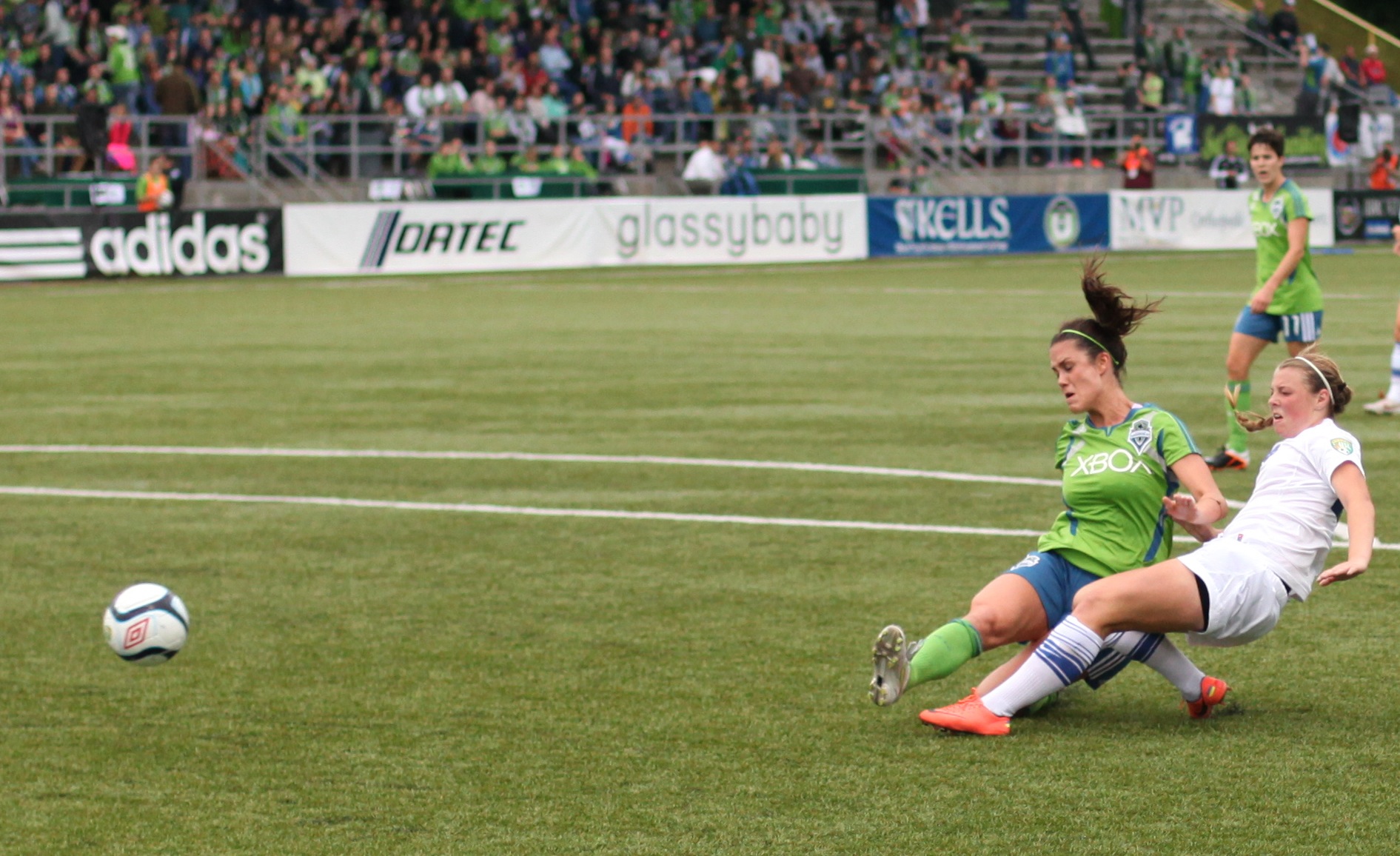 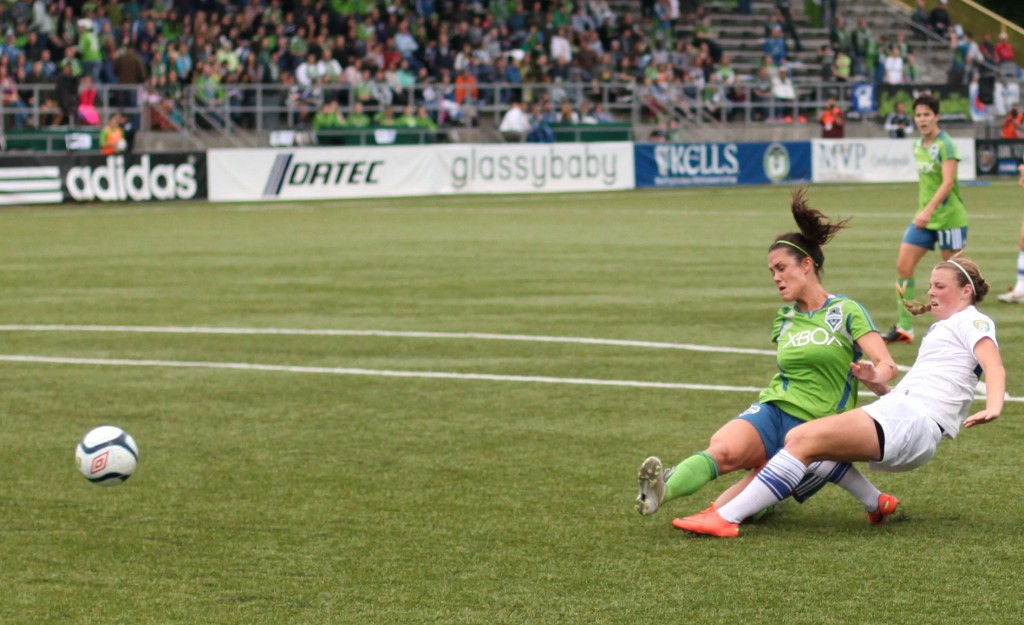 Seattle Reign FC announced defender Kate Deines (left) as one of its five free-agent signings on Monday before the start of the inaugural NWSL season. (Photo: clappstar/Flickr)

“There were a couple prospects (at the last minute), but nobody that really, really stood out to us,” she said in a phone interview following the club announcement.

Reign FC was allotted the extra slot after forward Amy Rodriguez announced she is pregnant and will miss the entire 2013 NWSL season. Megan Rapinoe and Teresa Noyola will also miss the start of the season because of short-term contracts in Europe, for Lyon of France and the Netherlands’ ADO Den Haag, respectively.

Of the signed players, midfielder Fishlock carries the most professional accolades into her new team. She was the Wales Player of the Year in 2011 and 2012, as well as an English Women’s Premier League all-star selection last season.

Fishlock’s signing is the first recognizable moment of head coach Laura Harvey’s influence, as she comes to Reign FC from her post as Arsenal Ladies manager.

“Jess is a great player who I know a lot about from her time in the English league,” Harvey said in a club release. “She is used to playing overseas, having played in Holland (with AZ Alkmaar) and Australia (with Melbourne Victory). Her experience and ability, I feel, will be crucial to the development of this team.”

Former Husky Deines grew up in Issaquah, Wash., across the I-90 Bridge from downtown Seattle. She is in the U.S. women’s under-23 player pool.

Deines most recently played for the Stjarnan Women in Iceland after completing a stint with the W-League Seattle Sounders Women. She was the Atlanta Beat’s fourth-round pick in the 2012 WPS Draft before the league cancelled the season and later folded.

“I can’t begin to describe how excited I am to play professionally in Seattle, (in front of) my family and friends,” Deines said. “The support in this city is awesome, and now to have a professional team in Seattle, I can’t even imagine the atmosphere for our home matches.”

She and fellow Washington graduate Veronica Perez — who was allocated to the Western New York Flash — left for Iceland after playing for the Sounders Women in 2012. They won the Icelandic Women’s Cup while playing for the club based in Garðabær, just outside the capital city of Reykjavik.

Deines’ signing comes as no surprise, as she alluded to her desire to sign with Reign FC repeatedly on Twitter.

Canadian international Cameron received her first caps during Canada’s recent participation in the Yongchuan Cup in China. She entered around the hour mark in all three of Canada’s matches in the tournament.

Cameron played collegiately at Ohio State, earning Second Team All-American and First Team All-Big Ten honors in her 2012 senior season. She led her team (and the tied for the conference lead) with 21 goals in 22 games.

“We want forwards who have pace and something special, and I feel Tiffany has these qualities,” head coach Harvey said.

Fellow forward Taylor also fits that bill. As a two-time First Team All-American in 2008 and 2011, as well as Soccer America’s National Player of the Year and the Pac-12 Player of the Year in 2011, she scored 53 goals in her four years for 2011 national champion Stanford.

“She has pace and power,” Harvey said. “We will be looking to play a way which suits Lindsay’s strengths.”

Taylor played for Arna-Bjørnar of Norway’s Toppserien in 2012, and she was chosen sixth overall in the 2012 WPS Draft.

Reign FC’s next move will be to select six players in Thursday’s NWSL Supplemental Draft, which will be conducted via conference call.