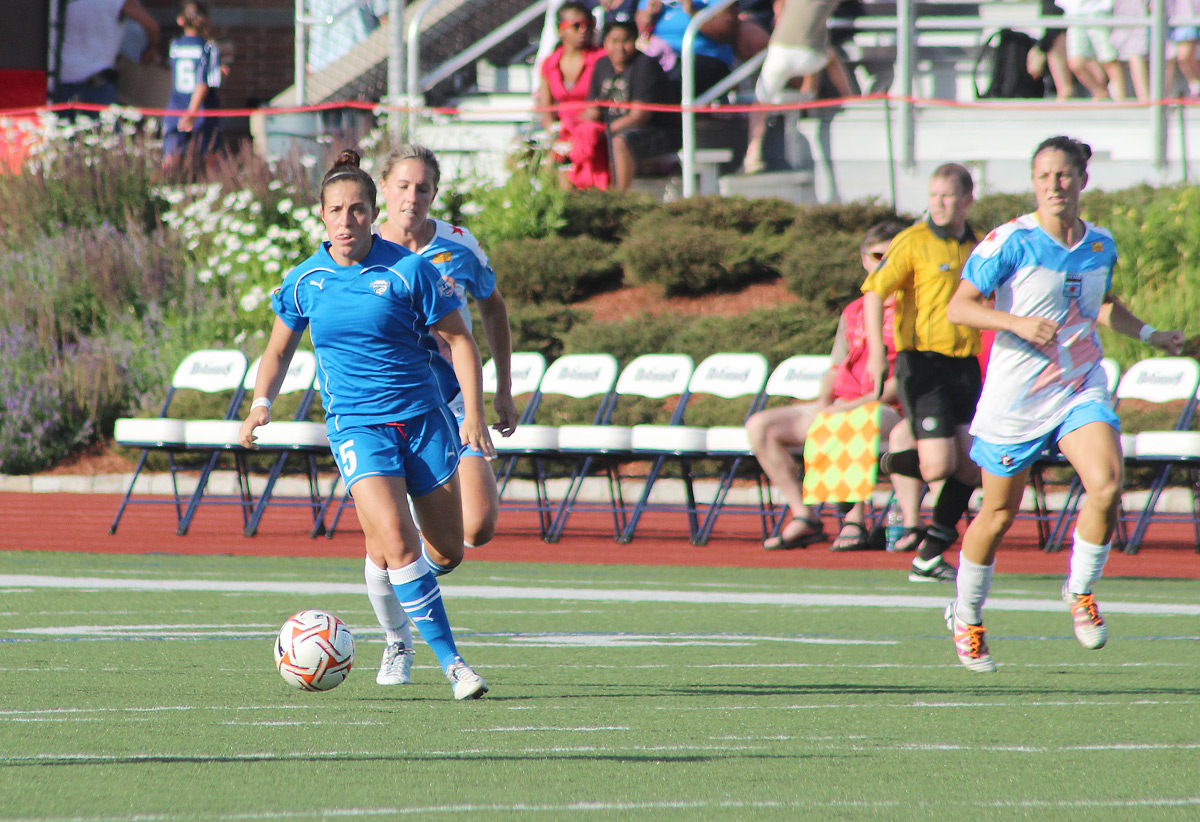 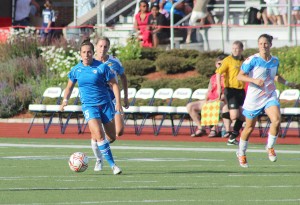 Amanda DaCosta recently signed with Liverpool Ladies of the FAWSL in England for the 2013 season, where she joins fellow American Whitney Engen. She will continue her blog on The Equalizer and provide insight into life abroad, but first A-D checks in for a look at her offseason:

The offseason: words that athletes don’t love. You would think that the off-season means vacations, beaches, and parties; if you think this than you are sorely mistaken. The offseason means motivation, growth, focus; anything and everything you need to do to prepare yourself to be better than you were last season. The offseason is where you build your momentum to move forward, and a time when you can learn from all of the mistakes you made in your past and leave them there. However, the off-season also means training by yourself (in some cases), and can be just as tough mentally as it is physically.

I’ve been asked countless number of times what I do during the off season, and the answer seems easy but is actually hard, so I will try my best.

My offseason training consists of everything from yoga to weight lifting. I mix high impact training, like running intervals or speed training, with low impact training, such as cycling or swimming, to try and go easy on my body while continuing to work it. I train with a football every single day. Some days obviously more than others, but as a student of the game, it is something that I need in my every day life to keep me constantly in-tune. I can go on and on about all the different activities I do when I am not involved in team training, but let’s be honest: that could get really boring. Instead of asking me, ‘What do you do during the off-season?’ The question should really be, ‘How do you keep yourself motivated when you train by yourself?’

I used to be the worst when it came to training by myself. The only thing I was interested in was playing football, and it was hard for me to get myself to do other things that were equally as important. However, as I got older and began learning more about my body, different types of training, nutrition etc., I became a total junkie for it. I would leave my house at 4 p.m. to go to the gym, after already going for a morning run with my dog, or some technical work on the turf field at my high school in the afternoon. At around 8 p.m. was when my mom would start calling me, wondering if I was ever coming home.

Naturally, I couldn’t hear my phone that was buried in my backpack in the corner of the racquetball court; all I could hear was my ‘90’s Pandora boy band music and the echoing of the ball as I trained. The best part of it all was showing up every day to do the same thing: weights, core training, agility, speed, interval training, distance runs, you name it. The same trainer would laugh when he would see me and ask me if I ever took off or if I did anything else. It became an ongoing joke, and I would just smile and tell him that I was working.

I quickly grew accustom to my new training partners: my iPod and stopwatch. The music would keep my rhythm — the perfect training partner to go on a run with — and would give me just the right song when I was struggling with some heavier weights or was getting tired during an interval.

The stopwatch, on the other hand, was my enemy: the total embodiment of anyone that told me I couldn’t do something, a teammate who was more fit than I was, or an opponent who beat me. The stopwatch pushed me, and I in turn pushed myself. As I could feel myself getting more and more fit, I would choose times that were harder and harder to reach. When I was first forced to train on my own, I hated it! The dumb stopwatch always won! Mocking me as the numbers changed so quickly, never tiring. As long as the numbers kept changing, I knew my legs had to keep moving. It got to the point where I would stop feeling anything towards the end of a fitness session. From total exhaustion, maybe, but I had trained myself to reach a point mentally where no matter how heavy or tired my legs were, my will was never exhausted.

“My will was never exhausted.” This became something I would always find myself referring to. Not necessarily during the offseason when I needed to motivate myself to train, but even during the regular season if I was feeling tired or uninspired. No athletic journey is every perfect. There are dips, turns, and rocky roads, a constant mental and physical battle but with a sweet reward. As long as I could remind myself of my will to reach a certain goal, or my passion to be the best I can at the game I love, my legs could never tire. It’s like running a marathon that you’ve been training for, mind body and soul, seeing the finish line, but then stopping to sit down.

So, how do I keep myself motivated? Part of it may be from the sheer competitiveness I have developed thanks to an older brother and sister who never let me win at board games. The other part of it probably stems from my self-development, and finding a system that works for me in my training. The most important thing is finding something that works for you. For me it is goal setting, and being reminded of how good it feels when I am able to accomplish them. Everybody is different, but if I train at something repeatedly and am rewarded with success, it is almost as if my mind craves the feeling and won’t be satisfied with anything less. Be your own motivation!!