The View from the North: Big years await Canada 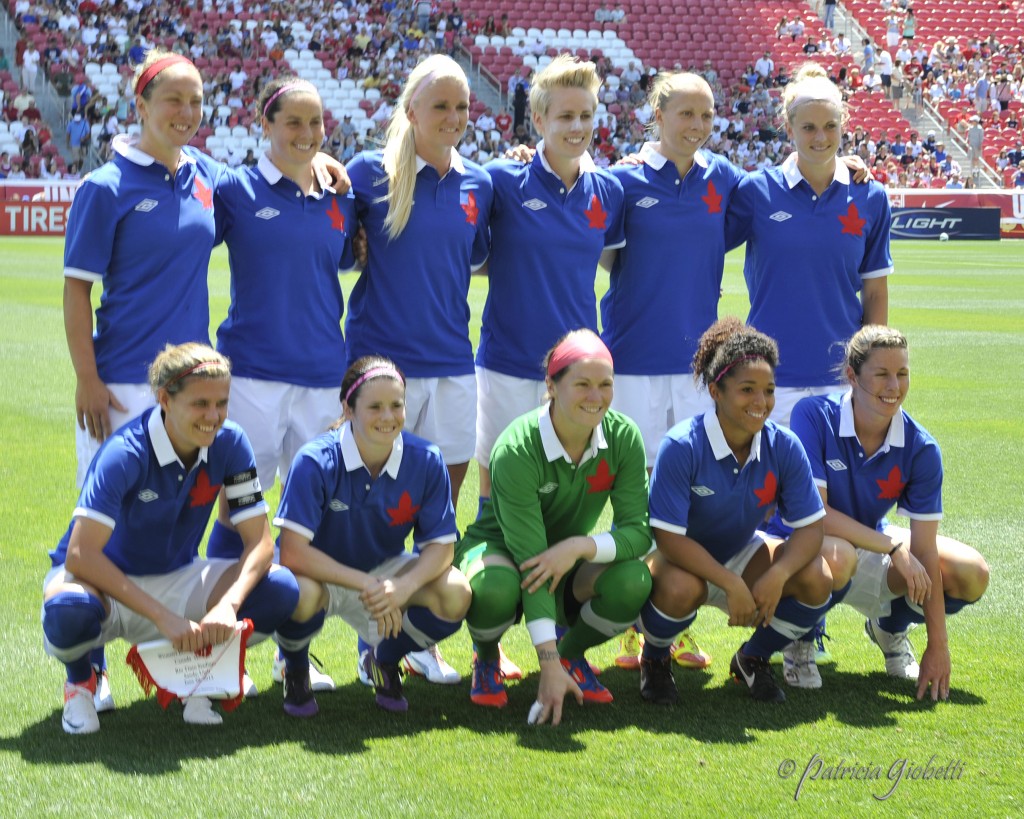 It seems hard to believe, but just 15 months ago the Canadian women’s national team was arguably at the lowest point of its history.

They were coming off of a disaster of a performance at the 2011 World Cup in Germany and confidence was at an all-time low. The women on the team talked a lot about redemption and playing with pride at the Olympic qualifiers that would be taking place in January 2012 , but the wounds of that World Cup failure ran deep.

They had the attention of the country. Some in the media were even suggesting that the Canadians were a dark horse to win the World Cup in Germany. That turned out to be wishful thinking, but few anywhere would have expected how poorly the Canucks played in Germany.

Fewer still would have thought that their coach – Carolina Morace, a woman that the players had supported wholeheartedly (they went so far as to threaten a strike if the Canadian Soccer Association did not offer her more security) – would walk away from them after appearing to give up in the final game of the World Cup.

So, when a young Englishman named John Herdman took over and began the process of repairing the damage, he was not thought to have much of a chance. The positive press the team was getting had disappeared. Even the specialty media hesitated to put too many expectations on the team.

Quietly, those close to the team feared that they might not even qualify to the Olympics.

Then something funny happened. The women had the season of their lives, ending with a bronze medal at the London Olympics. Along the way they became the darlings of the country – helped in part by an epic battle with the United States in the Olympic semifinal and a feeling among Canadians that the team had been robbed in that game by a bizarre refereeing decision.

In the space of less than two years the Canadian women went from the lowest of the low to the highest point of their career. It was enough to make long-time observers of the program scratch their head and wonder what the team really was.

Were they the battling bunch that brought home bronze, or were they the defeated outfit that finished last in the World Cup? It’s not yet clear what the answer to that question is, but Canadians have a little more than two years to figure it out before hosting the World Cup on home soil.

The View from the North, a weekly column debuting on The Equalizer today, will aim to explore the issues facing Canadian women’s soccer as it enters into this vital period of its history. We will look at the challenges that face the program and the sport in Canada, as well as highlighting many of the positive stories in the country.

Along the way, this space hopes to introduce you to some of the players and personalities in the game in Canada that may not be familiar to non-Canadian readers. We will follow the Canadians in the NWSL and explore efforts by the CSA and investors in Canada to bring a franchise in that league into Canada.

The View from the North will do so in a way that is unapologetic in its support of the growth of the Canadian program and its players, but in a way that is also not afraid to challenge views and actions when warranted.

With two major tournaments on Canadian soil in the next three years the eyes of the women’s soccer world will be on Canada. Hopefully, this space can be part of a productive conversation as we enter this exciting time for Canada and women’s soccer.

Duane Rollins is the managing editor of the Canadian Soccer News and a columnist for theScore’s Counter Attack blog. He’s covered the Canadian national teams of both genders since 2002. He encourages feedback via email at duanegrollins@gmail.com, or on Twitter @24thminute.