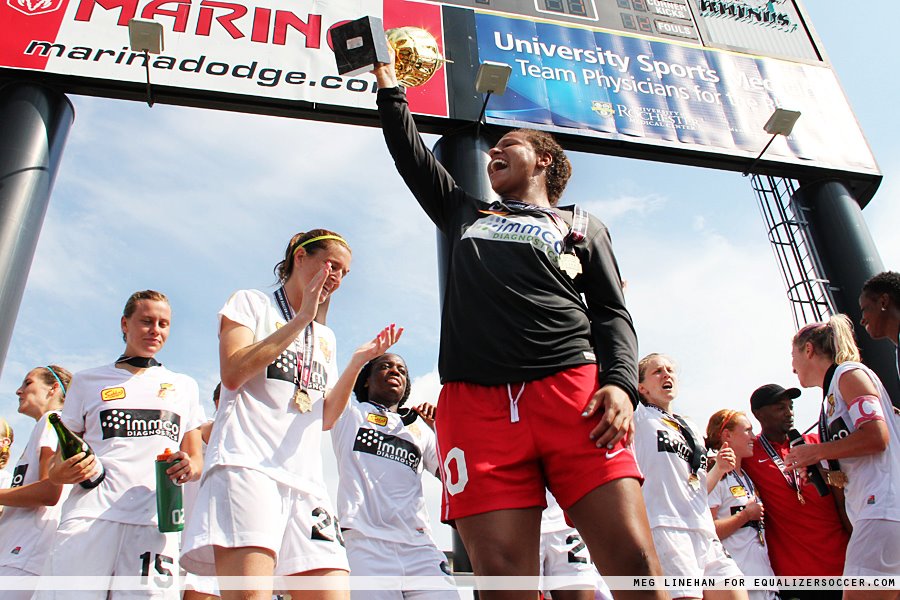 The National Women’s Soccer League has reportedly decided how it will compensate the Western New York Flash for allocating the team one less player (six) than each of the other seven teams in the league.

Jeff DiVeronica of the Rochester Democrat & Chronicle reports that the team will receive $24,000 in compensation. That sounds suspiciously like the same figure that we reported as the likely maximum per-player salary for free agents. Coincidence? Doubtful.

For being allocated only 2 US nat’l team players, @wnyflash will receive $24,000 in compensation. Can be used on only 1 player @nwsl Fair?

That number more or less tells us there will be a $24,000 cap on per-player salaries, since the compensation is meant to make up for leaving the Flash one player short of every other team.

As for the supplemental draft we confirmed on Friday with NWSL executive director Cheryl Bailey, Jenna Pel reports it will take place on Feb. 6. A schedule could be released as early as Feb. 1.