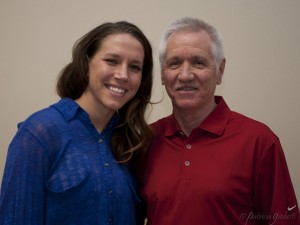 INDIANAPOLIS — Tom Sermanni will coach his first game as United States women’s national team head coach on Feb. 9 against Scotland. He was named the new coach of the three-time defending Olympic gold medalist team on Oct. 30.

On Friday, following the National Women’s Soccer League college draft, Sermanni took the time to speak about the U.S. and how the NWSL can benefit the national team.

Jeff Kassouf: You sat in on a couple of U.S. games (vs. China on Dec. 12 and Dec. 15). Have those been the main thing for you thus far in getting involved with the team?

Tom Sermanni: The camp is going to be the first real time that I am in charge, if you like. Coming to the games against China was really valuable and something that you don’t often get as a coach. You’re either in a job or you’re out of one and you are usually straight into it. So to get an opportunity to sort of be in the background and see how the team operates is really valuable.

JK: You have the unique perspective of seeing the Westfield W-League grow alongside the Australian women’s national team. Now you step into the U.S. coaching role as the NWSL begins is first season. Will NWSL be a way to develop current players and also discover new national team players?

TS: It’s strange because you don’t always want to look back to where you came from, but you look back and [the W-League] has been an enormously successful enterprise in relation to the national team. Because what it does and hopefully what [the NWSL] will do is it gives players opportunities and gives players the opportunity to actually be seen playing week-in and week-out against the best players in the country and in a good, high level competition.

And from that, as the national team coach, you can begin making reasonably sound judgment whether you think that player has got potential to be a national team player or not. That’s a real plus from that perspective.

JK: The goalkeeper position is a great example of how deep the U.S. is.

TS: It’s always better to have more than less – and you only start to realize it when you’ve got less [laughs]. There’s a classic when you think the team is going OK and you lose a couple of players and suddenly you realize how important those players are. You can never have enough good talent, and that’s a good thing. The key thing then, from my perspective, is to make the right decisions and hopefully give opportunities to the players that you think can be national team players.

JK: Kristie Mewis (Drafted No. 3 overall by FC Kansas City) is an up-and-coming player. Did you get a chance to see her play during her two games in with Canberra United in Australia?

TS: No, I didn’t. She played the last two games for Canberra. The last game she played was on television, but it’s not the full game – it’s like probably 40 minutes of highlights. It’s unfortunate because the Saturday night game she was supposed to play in Canberra and it got canceled because it was so hot and then they played on a Tuesday in Canberra and it was gale force wind. And then they played on Saturday in Brisbane in the real heat and humidity, so it was a difficult ask for her. So, I didn’t really get the chance to see her, but she scored in both games. She scored a really good goal in the Brisbane game.

JK: A player like Mewis, who was drafted by Kansas City, or like Christine Nairn (drafted by Seattle) – is the NWSL how you can now really evaluate them against better competition?

TS: Definitely. You never get all your evaluations correct, but it’s a really good barometer. You could see, because you make judgments to see how a center back plays against Abby Wambach, not when you are looking at the capacity of that same player say at a college level. That gives you a better barometer. Or if they are a striker coming up against Christie Rampone, or in the midfield against Shannon Boxx. That’s the judgment, because you are making judgments against some of the best players in America and some of the best players in the world. From my perspective, that’s a great thing to be able to see to see if players can handle that.

JK: 2013 is a ‘down year’ of sorts for the U.S. national team with no major competitions. What do you view as your biggest challenge?

TS: I don’t think it’s a big challenge any different in managing that. The biggest challenge I have – and there are lots of challenges in any coaching job – but my biggest challenge is keeping the squad where they are and if there have to be any changes, managing that change so it becomes seamless – so you don’t have to lose any momentum if you do have to change. And that’s not just a challenge in this job; that’s a challenge in most jobs. And a slightly different challenge when you’ve got a national team and you aren’t having players day-in and day-out.

JK: You and ex-U.S. head coach Pia Sundhage are friends. Did she pass on any words of advice or have anything to say?

TS: Only that the level of singing will be different. Music. The musical component of the team will get dumped out significantly. She’s a good friend of mine. She’s a great character and a great character about the game and I think we’re different in many sense. She’s a better singer; I think my cliché’s are better. She’s obviously more, shall we say, demonstrative and things like that, but I’m probably less that bridge.

JK: And you get to face her as she now leads Sweden in one of the first games for you in charge of the U.S.

TS: Yeah, we do, which will be great. I just have to make sure she sits on the right bench.