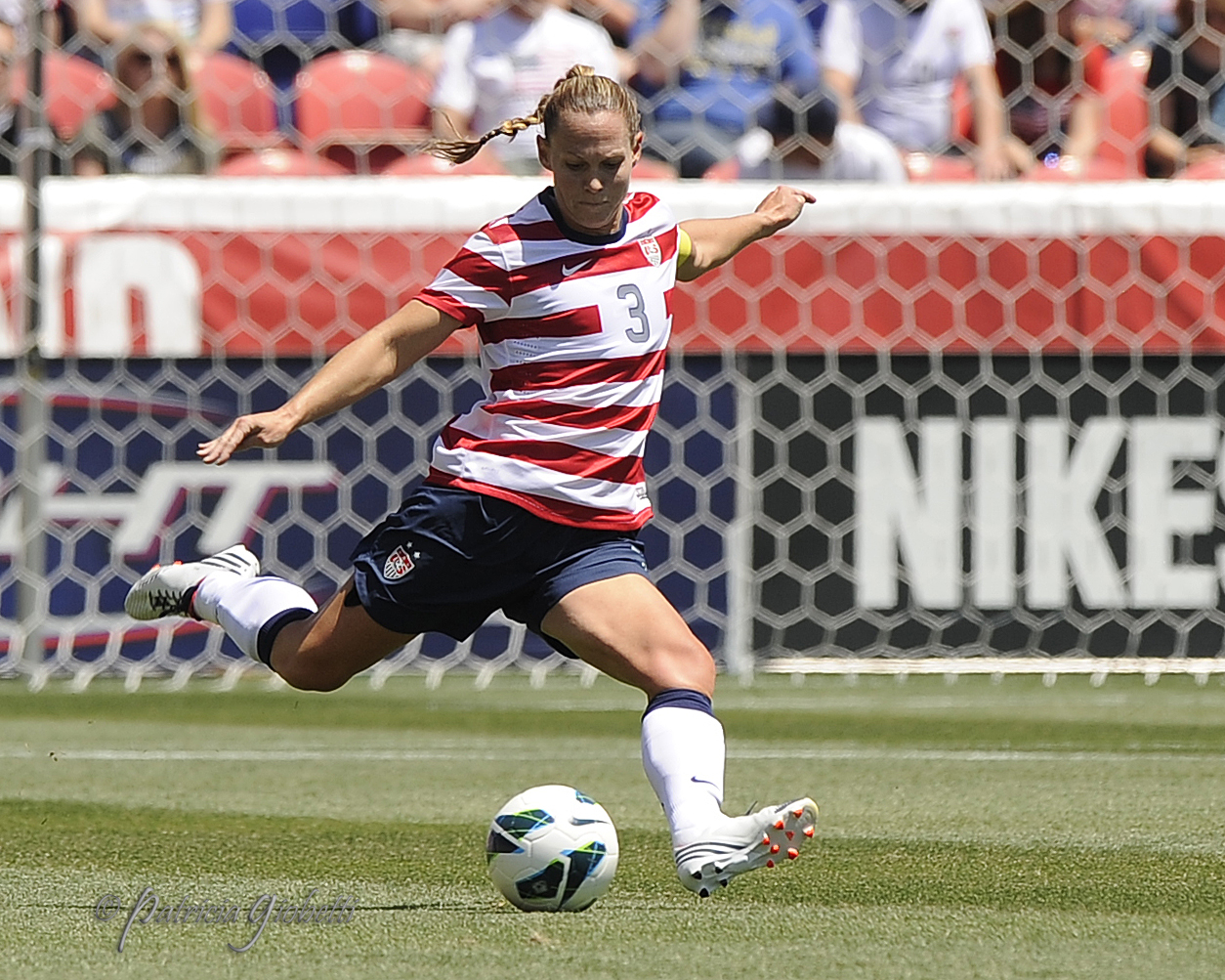 The NWSL will be Christie Rampone's third professional league and she'll be back in New Jersey, where she won the 2009 WPS title as player/coach. (Copyright Patricia Giobetti | http://www.printroom.com/pro/psgiobetti)

Jim Gabarra and Christie Rampone have been on opposite ends of many battles over the years, but Friday’s allocation linked the veteran coach and player for the re-launch of Sky Blue FC. Rampone, the U.S. national team captain, was one of seven players allocated to Sky Blue on the most significant day in the brief history of the NWSL.

“I’m delighted to have Christie back in (New) Jersey,” Gabarra said. “It’s pretty obvious what kind of leader she is. And when she can still play she’s still at the top in the fitness testing so her body’s not breaking down. Right away you’ve got someone who’s going to organize and lead your back four. That’s an invaluable skill to have. You just plug her back in there and know that things are taken care of.”

Gabarra and Rampone will be among the few players or coaches to participate in NWSL after being on board for all six total seasons of WUSA and WPS, yet this will be the first time they are on the same squad. They even coached against each other twice in 2009 when a late-season shake up at Sky Blue resulted in Rampone being named player-coach. She and Gabarra (then with the Washington Freedom) split two meetings as coaches including a playoff win for Rampone and Sky Blue that helped them toward an unlikely championship.

“My goal for her is to set up an enjoyable environment for her to play and I don’t want to put too much on her plate and have too much involvement off the field or even in the coaching area,” Gabarra said. “I think that’s kind of been a burden for her in the past. Hopefully she can just come in and be a player and a mom.”

Joining her from the U.S. national team will be Olympic gold medalist Kelley O’Hara as well as goalkeeper Jill Loyden. O’Hara was an attacking player in college and WPS but recently made a move to play left back internationally.

“I’ve always liked versatile players and she’s a versatile player,” Gabarra said of the 2009 MAC Hermann Trophy winner. “She can play on the flank, she can play up front, and she can obviously play left back. So you have a great, dynamic player with her and I think there’s a good chance you’ll see her return to the attacking force she was with FC Gold Pride and a little bit with Boston (Breakers).”

Loyden began making a name for herself in 2009 when, as Hope Solo’s unknown backup, she won WPS Player of the Week in her first start. That vaulted her into a starting role the following season in Chicago and ultimately a brief look from the national team.

“I thought she had really good performances in [WPS] and I think she’s ready to be a number one,” the coach said.

Rampone and Loyden are both from New Jersey. Rampone grew up in Point Pleasant, NJ and played collegiately at Monmouth. Loyden was born and raised in Vineland, NJ and played one state over at Villanova. Loyden also played for Jersey Sky Blue, the W-League precursor to Sky Blue FC.

On the Canadian front Sky Blue were allocated an experienced pair, Sophie Schmidt and Melanie Booth. Schmidt played in WPS and Gabarra believes Booth was good enough to do the same.

“In the WPS days she was right on the edge when you really couldn’t afford to use an international spot for her,” he said. “But I’ve seen her play for years and you get a veteran player who most importantly gives you some balance with the left foot.”

“With Ocampo you get someone who has some league experience (Atlanta Beat) and she scored a couple of goals and will have someone who will certainly understand the physical demands on this league. Rangel has a lot of upside. I think she’s going to be a midfield player who plays in the center part of the field. With all the Mexican players you’re going to get technically good soccer players that are going to work their butts off. Those were middle to the top of the pool in our opinion.”

It did not take long from the time the allocations were announced until fans and media began ranking the teams. Sky Blue did not get much attention at either end of the spectrum.

“Overall it’s a solid allocation,” Gabarra said. “I think most people in ranking us will probably put us in the middle. And if they put us at the bottom that’s fine. It’s really tough to judge how teams are going to do just off allocation.

“It’s a good start and now we can really get to work and see what areas we have to address and get after it with free agency and the draft.”