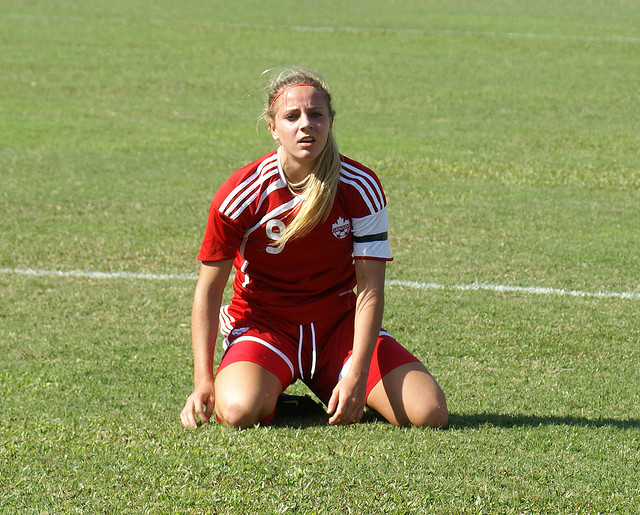 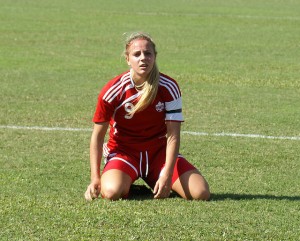 Hours after being allocated to the Boston Breakers in the National Women’s Soccer League, Adriana Leon scored her first international goal for Canada, propelling her team to a 1-0 win over China PR in the opening match of the 2013 Yongchuan Cup.

Leon intercepted a pass in China’s half and made a run on goal without any direct challenge from the Chinese defense. Leon managed to get herself enough space at the top of the box to fire a low right-footed shot past China PR’s goalkeeper Zheng Yu.

As reported earlier, coach John Herdman selected a young crop of players to represent Canada in the Yongchuan Cup, including Leon and Jodi-Ann Robinson, who was allocated to the Western New York Flash. Herdman is beginning to introduce new young talent to the Canadian National Team in preparation of the next Women’s World Cup (to be held in Canada in 2015).

Leon started her college career at the University of Notre Dame, scoring the only goal of the 2010 NCAA College Cup championship match against Stanford. In 2012, Leon transferred to the University of Florida and finished the year with five goals total, four of them game-winners.

As for the Yongchuan Cup, Canada will play South Korea next on January 14 followed by a match against Norway on January 16.