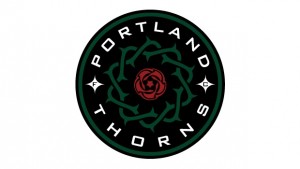 Portland Thorns FC season ticket deposits continue to rise to what could result in unprecedented numbers for a women’s soccer team.

On Dec. 21, owner Merritt Paulson tweeted that season ticket deposits had topped 2,000 and we pointed out that such a figure would already mean more season tickets sold than any WPS team ever achieved. That figure would also be on pace to top any WUSA number.

So, if those deposits all turn into season ticket purchases — and the number continues to go up — Portland Thorns FC will be the best supported women’s soccer team of all-time before even playing a game.

But the “if” is critical here.

@ptowneric @thornsfc it does. more than half are current Timbers STH folks who have expressed intent to buy Thorns

So if, say, stars like Megan Rapinoe, who is rumored to be headed to Lyon this spring for a short spell, don’t end up in Portland jerseys, perhaps some fans will pull their commitments. The supporters culture in Portland for the Timbers has been one of the best in MLS, which bodes well for Thorns FC’s hopes of turning all these deposits into hard cash and butts in the seats.