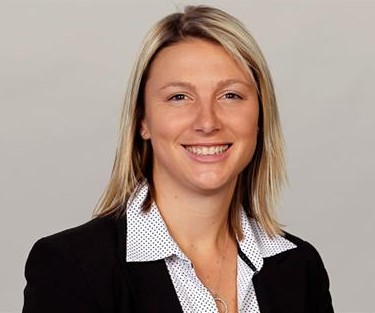 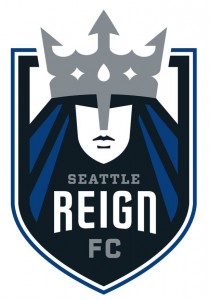 Only 32 years old, Harvey is coming off consecutive championships with Arsenal LFC of the England’s Women’s Super League, her teams losing only twice in the circuit’s two-year existence. Harvey also led her teams to an FA Cup, two Continental Cups, and an impressive November victory over German power Turbine Potsdam in UEFA Champions League’s round or 16.

Within a National Women’s Soccer League with coaching staffs populated by pre-existing or domestic options, Seattle’ reach across the Atlantic stands out. They they landed one of the most accomplished young coaches in the European game can be seen as a coup.

Some might call the decision “out of the box,” the words Reign general manager Amy Carnell used while speaking to me on the day Harvey’s hire was announced:

(NOTE: This interview was conducted in conjunction with work done for NBC Sports.)

Richard Farley: I was hoping to get your thoughts on how this whole move came about … It makes sense to go after somebody who has had so much success at the highest levels of the game, but it’s still a pretty uncommon move.

Amy Carnell: Bill Predmore, the owner, and I want to think out of the box. I think our hope is that all the teams in the league have learned from the successes and failures of both the WUSA and WPS. The vision is Seattle can be something much bigger. Initially reaching out, you never know until you try. That’s how it all started. We were fortunate that it worked out.

RF: It’s amazing because last month she’s beating a huge German club in Champions League, and now she’s willing to fly across the world. That definitely says something about not only your organization but her willingness to come to a brand new league.

AC: She was incredibly successful. What she’s done at Arsenal is unprecedented. She’s a young coach.

I think the thing that’s most impressive about Laura is how well she works under pressure. She knew that going into the Arsenal job, and to have the success over the past few years that she’s had is incredible …

I think there’s a general consensus that people want this league to work out, because I think we all know that if it doesn’t, it probably won’t come around for another 20-plus years. That was enticing to her.

Building out a vision of this brand and not just being a leader within our own league, the long term goal is to be one of the best clubs in the world and be a recognizable brand. Part of my talk with Laura was just selling her on what we’re looking to do here. She’s very much on the same page with were she wants to go in her career, as well. I think it was a really great match.

RF: What was the process like for you to ID her? How did you come to the conclusion to not only look outside of the domestic spectrum but eventually zero-in on her? 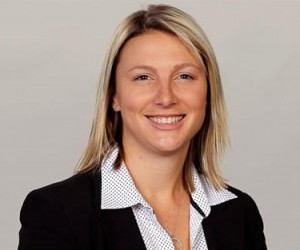 AC (pictured right): I think we were looking to bring in the best possible coach. Bill and I were. We did look domestically. We looked at a lot of very, very qualified coaches, and not just in the U.S. Looking around the world. Who’s respected among coaches? And also, very important, what’s the general consensus among players? Does a player want to play for this coach? Those two factors were huge in that conclusion.

Whether it be in the U.S. or overseas, we were absolutely looking to bring in a top-tier coach, and we didn’t want to limit ourselves to just looking either locally or nationally.

RF: Those Arsenal teams that she had, the last one, it’s just stacked. You’re talking about Kelly Smith, Alex Scott, Steph Houghton, Katie Chapman and Rachel Yankey. Is there any concern about her ability to adjust to an environment that’s going to be a lot more level? At least the first year, in this league.

AC: One of the most appealing things about Laura was her ability to manage big players – to manage egos, a team under that type of pressure … We’re going to have seven of the best players in the world between the U.S., Canada, and Mexican federation. That was one of our priorities in bringing in a coach. Depending on what players we get, we want a coach that those players are going to respect and a coach that’s going to be able to manage a big star all the way down to a star college player in their first year as a pro, somebody who can handle players at all levels. She did it all between Arsenal and then the youth English national team system as well.

RF: Depending on how allocation goes and the players that you go out and get, she’s only 32. She may not be the oldest person out on the field on a given day. Is that at all a concern for you?

AC: No. Speaking from a very young GM, not at all.

RF: That would have been a bit ironic, if you [said] ‘Well, I am a little concerned about it.’

AC: I believe in people’s abilities to do their job. A couple of things: It’s passion and work-ethic. If you have those two things, I think you can be successful, and she obviously does.

And the front office does, as well. Everyone from the head coach to the front office staff who will be hired, we want people who are willing to work their ass off, and they’re really passionate about it and they believe in it …

It’s definitely not something I’m concerned about. The one thing, across the board, that I got from references and people was just that she was very, very respected by the players and just in general in the coaching world. That was a big positive.

RF: Was there anything else that you wanted your fans or the women’s soccer world at large to take from this signing?

AC: The biggest thing is that we want to deliver to our fans a top tier coach and world class players. We believe our fans here in Seattle deserve that. We want to see this league succeed, so at least form our perspective, we’re trying to do it the right way and build a world class brand here in Seattle. That’s the direction that we’re going, and if we want out fans to know anything, it’s that.

We’re excited. We’re ready to kickoff, and unfortunately for our fans, the season starts in March. But we’ll be ready and excited.