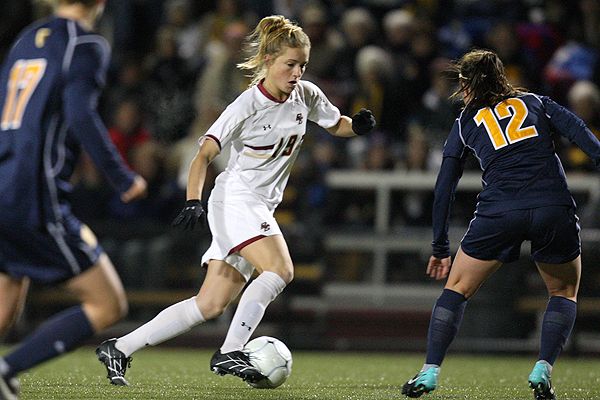 U.S. U-23 midfielder Kristie Mewis has signed with Australia’s Canberra United for the remainder of the Westfield W-League season, which ends on Jan. 12. Mewis just completed her senior season at Boston College and is expected to be one of the top picks in the NWSL College Draft later this month.

Canberra announced the signing on Tuesday. Mewis is being called “a replacement player for injured midfielder Sally Shipard.” Only two games remain on this season’s schedule for Canberra, which sits middle of the table on 15 pts. from 10 games.

“We are delighted to be negotiating with Kristen to join Canberra United and are looking forward to seeing her in action,” Canberra United CEO Heather Reid said in a statement. “She comes to us highly recommended and follows in the footsteps of Taryn Hemmings and Nikki Washington as quick, talented, forward thinking players that are game changers. With Nikki going back to the USA for family reasons and the unfortunate knee injury that has ended Sally Shipard’s season, we had a place available on the roster and are sure Kristen will make a big impression.”

The short stint should provide Mewis with good experience ahead of what is expected to be her professional debut in a few months time in the NWSL.

“I love it [the pressure], I’ve been in situations like this before, travelled everywhere with the youth national teams and been under all sorts of pressure,’’ Mewis told the Canberra Times on Monday.