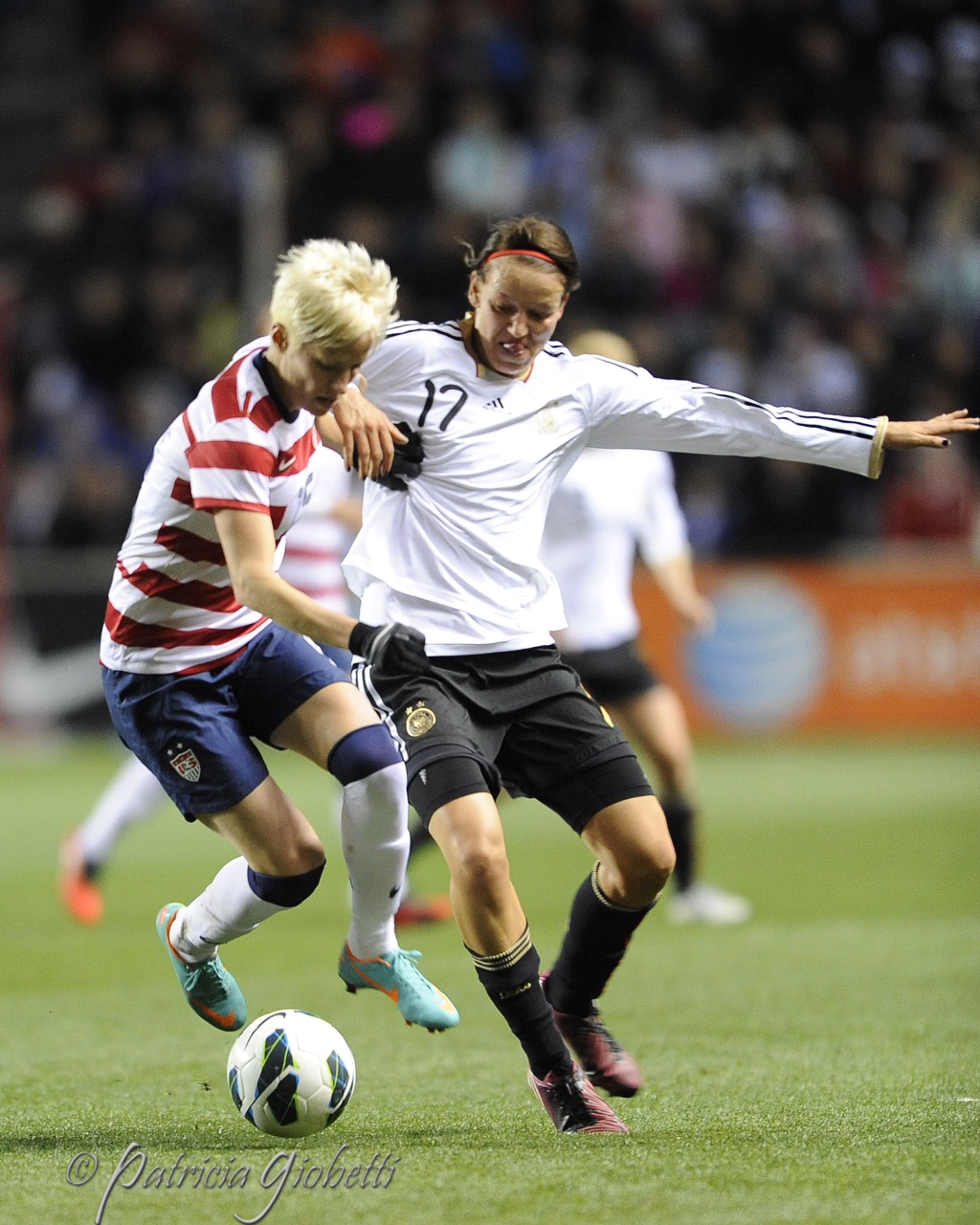 Megan Rapinoe took a big step forward for herself and for the gay community by coming out earlier this year. (Photo Copyright: Patti Giobetti | http://www.printroom.com/pro/psgiobetti)

Megan Rapinoe had a busy year on the field in 2012.  Her Olympic performance was one of the U.S. women’s national team’s strongest; she notched three assists.  Rapinoe’s most important Olympic contributions include scoring two goals in the epic semifinal match against Canada. She was one of the ten players named on the short list for the Ballon d’Or.  Recent reports have her heading to Lyon for a six month stint, before returning to play in the National Women’s Soccer League.

Her left-footed cross to Abby Wambach in the dying minutes of the Brazil match in the 2011 Women’s World Cup introduced her to the world.  In 2012, Megan Rapinoe became a national soccer icon for her play and for a far more personal reason.

In a recent interview with a Portland LGBT publication, Rapinoe addressed the reasoning of her decision, and one announced less than a month before the start of the London Games.  “A lot of people have asked me, ‘Why did you decide to come out?’ or ‘Why did you feel like you needed to come out?’ It’s like, ‘Well why the hell wouldn’t I come out?’”

Rapinoe’s openness and willingness to talk about her personal life has been a rejuvenating presence.  The U.S. women’s national team in its current incarnation has always been a solid collection of personalities, but the team, which has dealt with the picture-perfect shadow of the ’99ers, never saw a player with this level of spotlight on her take this sort of step forward.

And Pinoe’s not the only one willing to make the leap.  Lori Lindsey jokingly complained that Rapinoe stole her thunder in coming out first, and both were beaten by former U.S. coach Pia Sundhage and former national team member Tasha Kai.  The road has been paved for full representation in U.S. women’s soccer.

Rapinoe’s 2012 isn’t just a good American story of success, or the culmination of a soccer player’s career coming together at the Olympics.  She came out at the height of her popularity, and was embraced by the soccer community.  Her fan base is diverse, with everyone from David Beckham to Tom Hanks singing her praise.  It’s a sign of the times, and that’s the best news of all.