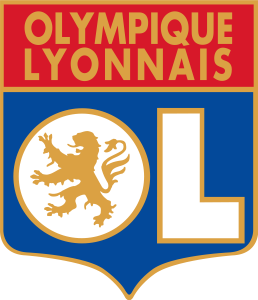 Olympique Lyonnais Feminine have established themselves as the best women’s club team of all time, completing a 2012 that’s left us in need of new standards to measure their excellence. With a perfect year in France and the most dominant run in the history of a young UEFA Champions League, OL have created a benchmark against which all future club teams will be measured, a seemingly impossible standard that time will hopefully cast as the comical artifact of a sport’s infancy.

The year began innocuously enough with a 1-0 home win over Montpellier, a result which, given MHSC’s quality, would be a satisfying victory for any other team in the world. Instead, being held at arm’s length for 87 minutes after Rosana’s early goal seemed to antagonize the Fenottes. They’d go the next 11 months without allowing a league goal, would concede only three times in the calendar year, and only once (at Paris Saint-Germain on Nov. 17) came within a goal of dropping points. After a 22-0-0 year on the domestic front, Lyon’s gone 390 days without being drawn. Their last loss was at fellow Champions League side Juvisy in March 2010.

The team’s otherworldly dominance fosters a perception the Feminine Division is a low quality league. It’s a fallacy. Like most leagues in the world, France’s has become top-heavy, Lyon leading a pack of four teams (with PSG, Montpellier, Juvisy) better suited for a super league than their own. A circuit with four Europe-level teams is depth England’s league would envy. While Lyon’s ridiculous results (scoring 125 times at a +122 difference) provide easy targets for skeptics, their ability navigate their fellow elites without threat of a loss is astonishing.

On the European front, Lyon made an implicit case for France’s quality by taking their dominance to Champions League. Their only blemish in nine continental matches was a 0-0 draw at Frauen-Bundesliga titans Turbine Potsdam. That the tie came after Lyon had gone up 5-1 in their semifinal’s first led made the result more obligatory than a disappointment, leaving the impression Lyonnais could have gotten any result they wanted. It was another symptom of their dominance.

Over the course of 2012, Lyon would go 8-0-1 in Champions League, a run that included a comfortable 2-0 victory in the May final over Frankfurt. Scoring twice in the first half hour, Lyonnais were never threatened. Awnother German titan was unable to prevent OL’s second straight title.

OL’s nine Champions League games produced 38 goals and a +37 difference, rates in the same neighborhood as domestic performance that tends to be dismissed.

But is Champions League really no tougher than France? Surely not. Instead, it’s more likely Lyon has reached some kind of theoretical peak – the best performance possible in today’s environment. Perhaps their gaudy numbers would diminish were they in Germany, but given what they did this spring against German competition, there’s little reason to think so. Lyon is the real deal. We’re out of reasons to dismiss them or the league they play in.

And when you look at the talent on their team, the results make sense. The core of a French national team that’s produced their confederation’s best combined results over the last two major tournaments seem to play on an even higher level for their club. For whatever reason Bruno Bini has failed to produce the expected results for Les Bleues, Patrice Lair suffers no such failings at OL.

For that he can thank Sarah Bouhaddi in goal, Lyon’s prestige able to pry her from rival Juvisy three years ago. Defenders Laura Georges, Sonia Bompastor, Corinne Petit-Franco and Wendie Renard would play for any team in the world, while the midfield talents of Louisa Necib, Lara Dickenmann (Switzerland), and Amadine Henry explain a playing aesthetic that parallels their results. And in Lotta Schelin (Sweden), Eugenie Le Sommer, Elodie Thomas, and Laetita Tonazzi (lured from Juvisy this year), the power in Lyon’s attack dwarfs any possible club competitor. The four have combined for 50 goals in 43 appearances this French season.

But their most productive player is a familiar one to North American readers, with Camile Abily’s output at Lyon bringing into question whether she was ever properly utilized during her time in Women’s Professional Soccer. Though she was one of the best (or, in soccer teams, classiest) players while stateside, she wasn’t the goal scoring machine she’s become at Lyon. In 22 league matches this calendar year, Abily has scored 20 times, a total that coincides with the eight the attacking midfielder’s buried in nine Champions League matches. Were the women’s Ballon d’Or a serious award, Abily would have gotten more serious consideration.

There is an element of incredulity to Abily’s totals, just as her team’s dominance is hard to understand. Perhaps that’s why more people didn’t talk about Lyon, though their success has been impossible to ignore. Even a world away with no reasonable ability to access their matches, Lyonnais is becoming the standard in the States. When a player like Megan Rapinoe is linked to the club, the reaction isn’t one of protectionism or doubt. It makes sense that a player with Rapinoe’s quality would play at the highest level of soccer.

And that’s what Lyon is. Their results speak volumes, and with squad depth that keeps international quality players like Elise Bussaglia, Sabrina Viguier, and Céline Deville from seeing regular time, Lyon’s become the go-to place to test a player’s true quality.

They’ve also transcended their competition. The best comparisons for Lyon are no longer at the club level. Lyon can only be compared to the best national teams the United States and Germany have offered.

That Les Bleues have disappointed mades for a vociferous debate, but were the U.S. or Germans to face Lyon tomorrow, would you know who to pick?

That’s where we stand after 2012. Olympique Lyonnais Feminine has established themselves as the best club team of all time. Now, it’s time for a new standard.

Next up, moment No. 8: Rapinoe comes out