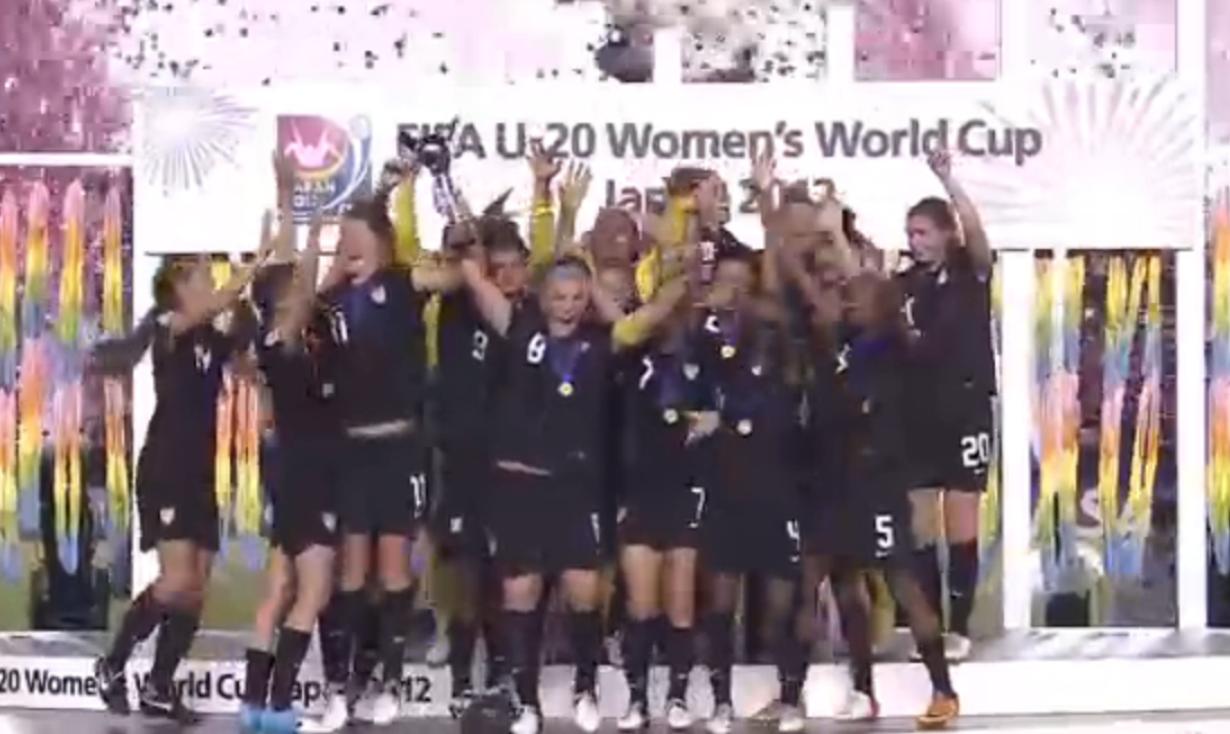 Over the final few days of 2012, the staff at The Equalizer will countdown our 11 most memorable moments of 2012. Some were spectacular and some were disappointing, but one thing is common amongst all of them: they will be remembered for years to come. Kicking off the list is the United States U-20 women’s national team winning the World Cup in September.

This was not supposed to go this way. Thirteen days earlier, Germany embarrassed the United States, winning 3-0 in dominating fashion.

The U.S. was not given half a chance in the rematch for the gold medal on Sept. 8. The Germans, after all, were led by the incomparable Maren Meinert, whose tactics fooled everyone who crossed paths with the Germans. U.S. coach Steve Swanson, however, had something to say about that.

Up stepped Kealia Ohai with a screaming shot in the 44th minute to give the U.S. a lead it would not lose [highlights]. With the win, the United States overcame a the role of underdog, a position unfamiliar to them but not unlike the one the senior national team, to an extent, found itself in during the Olympics in London as it aimed to reclaim the gold medal after losing to Japan in the 2011 World Cup final.

The disbelief and disappointment from Germany was palpable, but this rivalry between this age group of players has only begun. It already exists on the senior level and this should add a little fuel to the fire as these U-20 players make their way to the senior national team levels.

Heck, Dzsenifer Marozsan, who won the Golden Ball at the U-20 World Cup, already lit up the U.S. senior national team defense this October in a pair of friendlies. She scored the 85th minute equalizer in a 2-2 draw between the teams on Oct. 23 in East Hartford, Conn.

Nothing was easy for the U.S. U-20 women in this tournament, in which they also beat Ghana 4-0 and tied China 1-1 in the group stage. Extra time was needed to beat North Korea in the quarterfinal before beating Nigeria 2-0 in the semifinal.

This isn’t the last we’ve heard of Ohai — in general or on this list.

USWNT reportedly to face Sweden, Sundhage in Algarve Cup
XI from ’12: [No. 10] North Carolina back on top